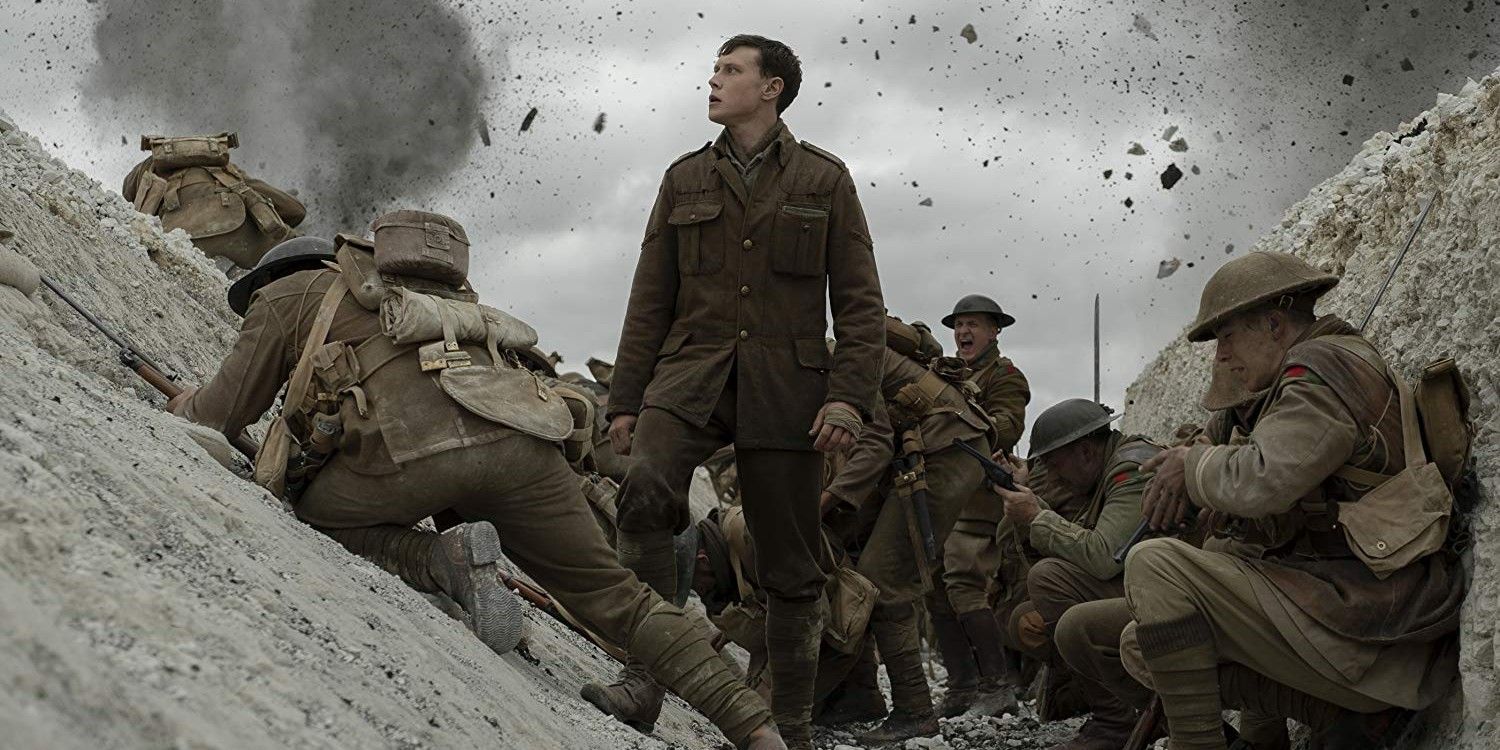 In a new video, Sam Mendes and his crew explain how their WWI movie 1917 was filmed to look like one continuous shot. After ten years of directing James Bond films, Mendes is getting back behind the camera for a historical war movie. Titled 1917, the film takes place at the height of the first World War, as a pair of young soldiers are tasked with delivering an urgent message that will prevent their own men (including, one of their brothers) from walking straight into a trap. But in order to do so, the pair will have to journey deep into enemy territory and get back out as quickly as possible.

The official 1917 trailer dropped back in August and was quick to establish the film’s high stakes and otherwise intense mood. What it didn’t reveal, however, is that Mendes and his Oscar-winning cinematographer Roger Deakins (Blade Runner 2049) filmed the whole thing to look like a single long take. Thankfully, a newly-released video provides some insight into how the 1917 cast and crew managed to pull off this particular feat of cinematic magic.

Today, Universal unveiled a 1917 featurette that goes behind the scenes on the production and reveals not only how the crew managed to make the film look like an uninterrupted shot, but also why they did it that way. Take a look, below.

As Mendes explains in the video, he felt like 1917 was a story that needed to play out in real-time, allowing audiences to experience the same sense of growing dread as the film’s heroes do in their race against the clock. However, in order to achieve this effect, he had to shoot and edit the movie to make it seem like it was literally happening in real-time without any obvious cuts. This was all the more difficult to do because 1917 was primarily filmed in exteriors around England and the UK, meaning the movie’s cast and crew had to work around the weather and hope it would be cooperative most of the time. On top of all that, there wasn’t any room for studio lights in a lot of the film’s settings (narrow trenches and so forth), which meant Deakins and his team had to use natural lighting for much of the shoot.

Of course, there have already been a handful of movies that were filmed and edited to look they were done in one continuous shot along these lines (with the Best Picture Oscar-winning Birdman being the best known example). All the same, 1917 is the first major Hollywood historical war movie to be filmed in this fashion, and clearly presented its own set of challenges that similar one-shot movies in the past didn’t have to deal with. More importantly, it feels like the continuous shooting style was ultimately done in service of the film’s plot, as opposed to being a flashy trick for its own sake. Hopefully, 1917 will prove to be worth the extra effort it took to shoot in this fashion when it hits theaters in December.