A picture is worth thousand words all right.

It’s safe to say Miley Cyrus is currently living her best life. Despite going through two very public breakups this past summer, the “Slide Away” singer seems to be enjoying things with her latest love interest, Cody Simpson.

For a refresher, the 26-year-old star and her longtime partner, Liam Hemsworth, called it quits back in August after less than a year of marriage. Around that time, Cyrus quickly became close with reality TV star, Kaitlynn Carter. The two had a whirlwind romance for a little over a month before deciding to go their separate ways.

Now, the “Mother’s Daughter” singer has moved on with her 22-year-old Australian “boo thang.” As of late, they’ve put their blossoming romance on display, and have been inseparable for the last few weeks.

And it looks like Liam, Kaitlynn and Cody all have one thing in common… besides dating Miley, of course!

Apparently, the pop star likes to show off her love interests on social media by using the same filter for most of her pics that she uploads of them.

The random comparison was spotted by an eagle-eyed fan… but it was enough to catch the 26-year-old singer’s attention. “same filter,” the Instagram fan shared on the social media platform, alongside three photos of Miley with her recent boos. 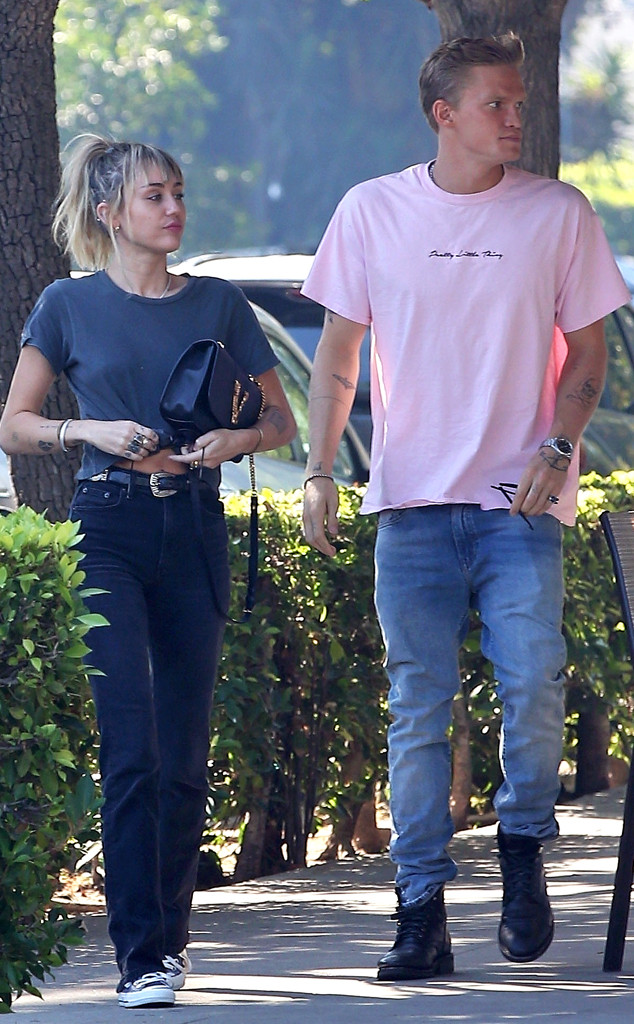 Of course, that moody Lo-Fi Instagram filter is not something she uses all the time. The “Slide Away” star is also a fan of the black-and-white one on the ‘gram, and recently shared intimate moments between her and Cody when she was hospitalized last week due to tonsillitis.

Apparently, the “I Think I Found Love” singer showed up to the hospital with a bouquet of roses and his guitar in hand, which she also documented on her Instagram Story in the black-and-white filter.

However close she and the 22-year-old singer are getting, a source previously told E! News that she is simply “having fun” right now.

The insider added, “She is not looking for anything serious. She has known Cody for a long time and is very comfortable with him. There’s no strings attached and she is just going to see where each day takes her.”

Another source shared, “Miley loves her freedom and is just having fun. Her and Cody have a lot in common and have been also hanging out in the studio playing around with new music. She likes hanging out with him because he is very chill and makes her laugh.”