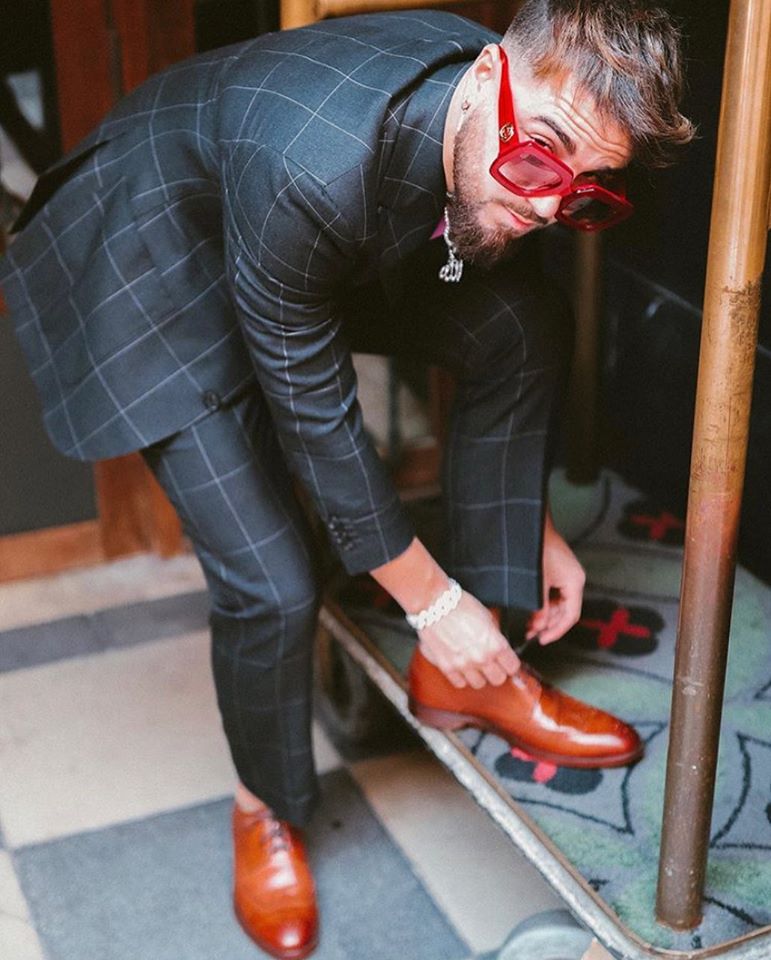 ILYAH is the rare modern performer who transcends geographic and cultural borders alike. The performer, of Moroccan descent, works out of the Boston, Massachusetts area but possesses a talent that has across the board appeal. His latest single “Habibi” shows off his cultural range without ever smacking of pretension for even a second. It’s a marvelously stylish performance reliant on its groove and a solid chorus that holds up under repeated listens. It’s one of the signs of durability distinguishing his music from others that ILYAH’s music stands up under multiple hearings rather than coming across like too much modern pop – hear it once and it collects dust afterwards.

His vocal is a big reason why. ILYAH shows a wide command of R&B vocals that he, frankly, shouldn’t possess at such a young age, but it’s elements like this that suggest ILYAH is a true prodigy. He has an easy going level of confidence that you can hear in every line; it is notable that ILYAH performs with such cool assurance rather than someone who thinks they have something to prove. His talent speaks for themselves and it even comes across in the song’s video.

The video is largely a performance clip that shows ILYAH comfortable with the material and in front of the camera. The video has been conceptualized quite nicely, there isn’t a lot to it beyond set pieces and jump cuts, but the color is vibrant and the costuming matches the mood of the performance. The musical arrangement for the track is far from cluttered and leans heavily on electronic instruments like pre-programmed drumming and light synthesizer touches.  It is a perfect length for a single and never threatens to overstay its welcome.

Other singles pack quite a memorable wallop as well. “Girls Like That” makes an impression on listeners thanks to its atmospheric introduction, keyboards, and percolating percussion. ILYAH’s delivery is flawless from beginning to end. Fluid transitions are a staple of ILYAH’s material and this song is no exception, but some listeners will likely lament the lack of an overpowering chorus to capture their attention. “Miscommunication” shows off the expansive reach of ILYAH’s talents. He dispenses with the electronic inclinations defining the other tracks in favor of using an electric guitar and the six string, despite the heavy echo he applies to the instrument, nevertheless connects with listeners in a meaningful way.

The video for that song hits the right spot as well. It is at odds with other videos in the way that it attempts to tell a story rather than relying on a performance clip model and the experiment is successful. The song is, likewise, successful thanks to the outstanding lyrical content and ILYAH once again shows his mastery of the material in the superb phrasing that draws you into its web from the outset. These are outstanding songs and harbingers of a long career to come. ILYAH is a first rate talent by any standard and we can expect his skills to grow with each passing year.

The New Carnage Is Marvel’s Best Version Yet | Screen Rant
Nazanin Mandi Reveals What’s in Her Bag
Book Riot’s Deals of the Day for March 4, 2021
Everything you ever wanted to know about barebacking, including what it means and what the risks are
Rally descends into chaos with speaker calling gay mayor a ‘little f****t’