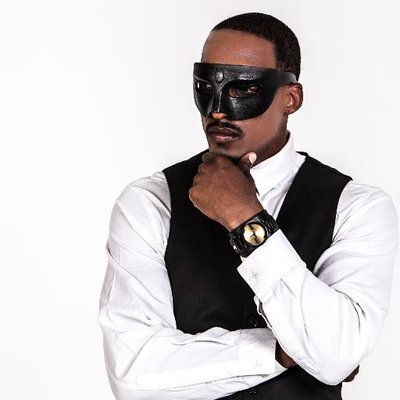 Vaulting between a machine gun-style intensity and a swaggering, carefully timed execution, the flow of 8rooklyn 8atman’s verses in the new single “Chitty Bang” is as agile, lean and mean as they come – but it’s not free of muscular moxie. 8rooklyn 8atman has a very raw versatility to his sound, but while his greatest attribute is his ability to straddle a keen string of words, it’s far from the only reason why I would tell you to check out his most recent release this summer. “Chitty Bang” introduces an interesting edge to the hip-hop underground that isn’t like anything else I’ve been spinning lately, and if you check it out for yourself, I think you’re going to be more than intrigued by what this artist is producing right now.

I dig the juxtaposition of the beats and the vocal in this mix, and though it’s not necessarily a new concept – particularly within the realm of the hip-hop genre – I wouldn’t say that it sounds like familiar territory in this specific single. 8rooklyn 8atman definitely has a way of putting his own spin on framework that would otherwise be formulaic to the likes of the alternative rap circuit in North America, and in “Chitty Bang,” I think he’s going out of his way to make it clear that he can balance textures as handily as he can pen lyrics. Alongside Dre da Most, he breaks off something equally unpretentious and wholly confident in what it has to share with the world (no easy feat for any artist in my estimation).

The bass tones are adjusted as to create as much of a kick in the backend of the mix here as possible, but I appreciate 8rooklyn 8atman’s staying away from overindulgence on this front as well. The entire notion of excess is something that, at least in my experience, dates a track like “Chitty Bang” to a bygone era more than it pays homage to the tree of influences that produced this player’s sound. 8rooklyn 8atman isn’t interesting in making watered-down versions of what used to be premium hip-hop, and in this single, he demonstrates how much flexibility he can have in the booth and as a creative in general, which is more than I can say for the bulk of mainstream artists I’ve reviewed lately.

Rap fans shouldn’t skip “Chitty Bang” this month, if for no other reason than to get a taste of some hip-hop that doesn’t lean on layers of old school releases to win the favor of a modern audience. “Chitty Bang” has a relaxed vibe that never gets stony enough for it to fall into the category of postmodern rap, but there’s a lot here to suggest that 8rooklyn 8atman has only begun to explore his sound as an artist. This is a full-bodied release without doubt, and if it’s giving us any indication as to what’s going to come next out of this camp, I have a feeling this won’t be the last we hear from 8rooklyn 8atman this year.