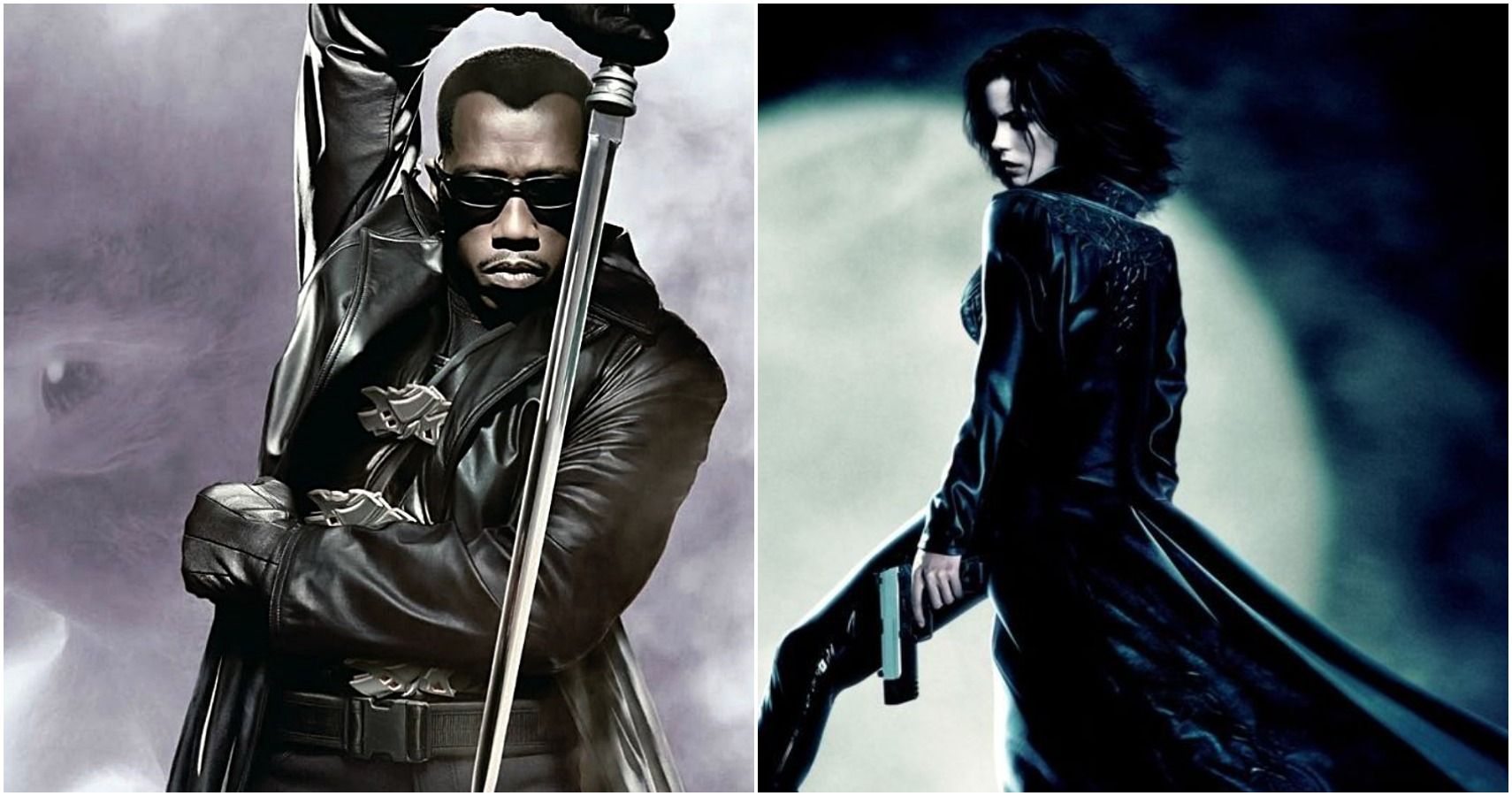 Fans of classic monster action have had more than usual to feast on over the past several decades with the movie adaptation of the popular vampire hunter Blade from Marvel comics, promptly followed by the Underworld movies based around an original concept of a secret war between vampires and werewolves.

Both created successful franchises with multiple sequels but which has fared better with critics over the years? Let’s look at all of the movies from each series and their scores on review aggregate site Metacritic to paint a clearer picture of each title’s history.

The latest Underworld movie is the most lowly-rated of the bunch and franchise fatigue would appear to be the main culprit.

Though the main star, Kate Beckinsale, had stuck with the series of movies for over a decade at this point, and most of the core story had remained on track and unchanged, Blood Wars and its cast seemed weary and directionless when compared to most of its predecessors.

The first sequel in the Underworld franchise, whilst not a hit with critics, was one of the more successful movies of the series at the box office and established the title as a series with some staying power.

RELATED: The 10 Best Friday The 13th Movies (According To Metacritic)

Original director Len Wiseman returned for Evolution and continued the plot threads remaining from the end of the first installment but the further expansion of the series’ defining lore and a doubled budget failed to impress reviewers.

The last Blade movie from original star Wesley Snipes, Trinity added several other big names to the cast as fellow vampire hunters helping out the title character, including Jessica Biel and Ryan Reynolds, yet even this failed to rekindle critics’ and audiences’ interests in the franchise.

Taking on Dracula himself this time around, the third Blade movie can be, and was, criticized from a number of different angles but it was perhaps the on-set tensions between Snipes and the rest of the crew that killed the series in that form more than anything else.

The fourth Underworld movie saw Beckinsale return to the lead role to reinvigorate the series fro the then-booming 3D action era and it mostly worked, making Awakening the highest-grossing movie of the franchise at the box office.

RELATED: Every Nightmare On Elm Street Movie (Ranked By Metacritic)

Altering the core premise so that the world at large within the movies is now aware of the existence of both vampires and werewolves, the sequel appeared to give the story a clearer future bu the disappointment of the following movie, which did only half as well at the box office under similar circumstances, cast doubt on that.

The first Underworld movie, though not much of a hit with critics, remains one of the most popular movies of Kate Beckinsale’s career and more than satisfied fans of both stylistic action and gothic horror fun.

Very much inspired by the animated look of the Matrix movies, Underworld provided a relatively extreme outlet for fans of R-rated fantasy action and forged its own distinct, far-reaching, fictional history for enthusiasts to get wrapped up in.

The third movie in the Underworld series takes the crown as the highest-rated by critics on this list over even the original.

Detailing the original, ancient, conflict between vampires and werewolves that drives the franchise’s story forward, Rise of the Lycans was the only installment to not focus of Beckinsale’s character but, instead, bringing back Michael Sheen and Bill Nighy from the original cast for the origin story.

Stephen Norrington’s original movie adaptation of the title character was released just before the renaissance of comic book movies, specifically around Marvel comics properties, that occurred in the early 2000s and, though it laid a lot of groundwork for what would follow in the genre, wasn’t overwhelmingly impressive for critics.

The movie’s bloody violence, in conjunction with Snipes’ charisma, made it stand out however and it quickly became a cult favorite that looks to survive in the memory of movie fans even after the inevitable reboot of the title, starring Oscar-winning Mahershala Ali in the lead role this time around, under the more family-friendly Marvel Studios banner owned by Disney.

Though by no means a critical darling, the second Blade movie from director Guillermo del Toro fared the best with critics by far and, for better or worse, introduced a number of memorable ideas to the vampire movie format.

Forced to team up with the society of vampires that he’s sworn to destroy, Blade is confronted by a new breed of bloodsucker and gets his most complete-feeling journey in the movies to date. It was, however, the pairing of actor Ron Perlman with del Toro that would become the most significant decision, with the actor returning in the title role of the director’s next movie, Hellboy, two years later.

NEXT: Every Rambo & Terminator Movie (Ranked By Metacritic)

Next
Gossip Girl: 10 Things About Jenny That Would Never Fly Today

Related Topics
About The Author

Mark is a freelance copywriter and copyeditor. When not writing or editing, he can most likely be found complaining about movies on Twitter.