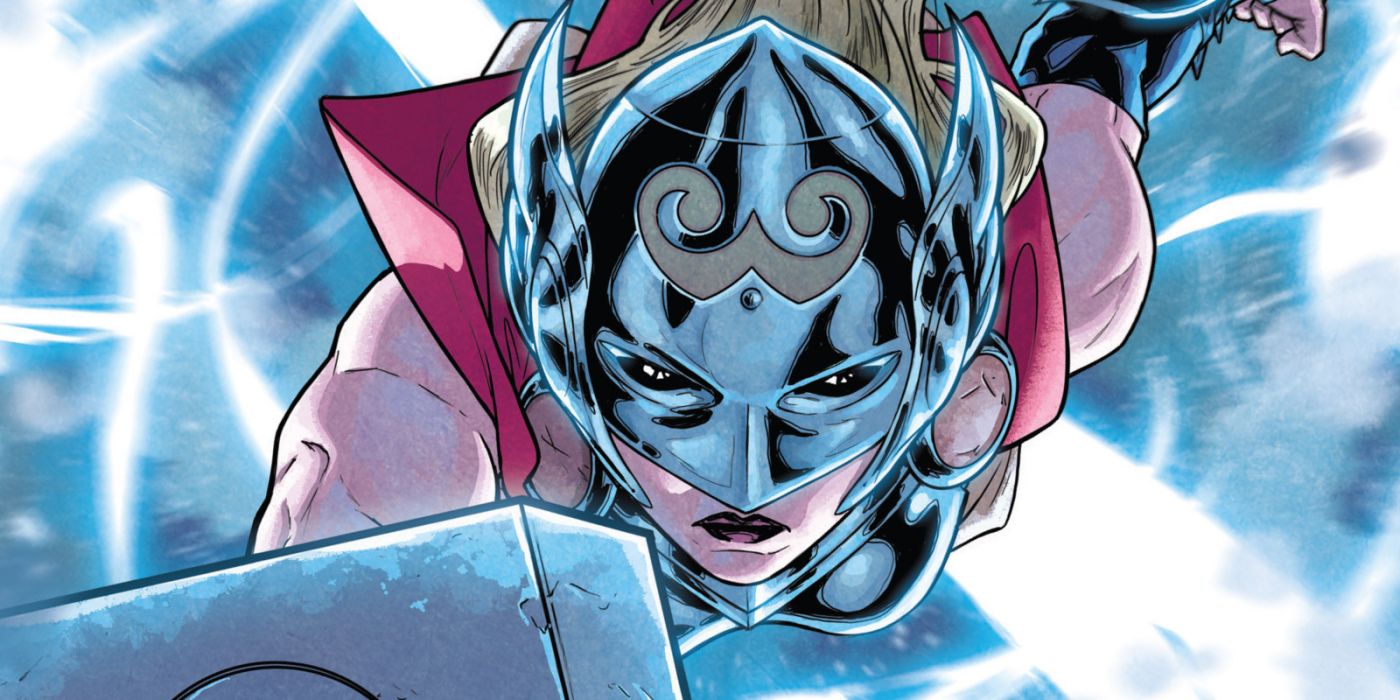 Thor has used countless means to defeat his foes throughout the Asgardian’s comics history, but another may be needed in order to topple Asgard’s All-Father Odin Borson.

Thor, under the current guise of Jane Foster, engages in battle with the All-Father of the Gods himself Odin in Jason Aaron and Russell Dauterman’s Mighty Thor #5, entitled the Civil War of the Gods. Odin, an extremely powerful being above the likes of Galactus, will not be defeated by the usual one two punch technique as other Thor opponents. Defeating Odin will ultimately require Jane to think outside the box or perhaps more appropriately, the planet.

Related: Thor is Still Missing His GREATEST Power in The MCU

In the height of the cosmic battle between two titan like forces, Jane literally unleashes a force of nature itself against the All Father, in the form of Jupiter’s storm. Jupiter’s Great Red Spot is home to Jupiter’s Storm, a region of space within the planet twice as wide as Earth itself, with never-ending hurricane like border winds capable of reaching 270-425 mph. Considering Earth’s hurricanes tend to decline upon reaching solid land, the Great Red Spot’s inability to make landfall potentially limits Jupiter’s storm to rage on forever, for use as a weapon against gods for years to come. Using Mjolnir to shift Jupiter’s legendary super storm onto Odin, Jane outclasses the Great All-Father even if only for a second.

Jane Foster’s lengthy hand to hand battle with Odin has been building in the pages of Marvel Comics for decades. Jane’s animosity toward Odin has largely stemmed from his disapproval toward Foster’s relationship with his son and prior wielder of Mjolnir, Thor Odinson. Foster, a human nurse, who helps save countless lives each day was never quite able to live up to the All Father’s steep expectations, largely due to her Terran background. Beyond Odin placing Freyja All- Mother on trial thus initiating the duel, years of Odin being an antagonist in her relationship with Thor acts as further fuel to the fire for Jane’s rage throughout the duel.

Though the battle between Thor and Odin culminates in Odin’s favor, Jane would eventually receive a great amount of respect from the revered King of Asgard. There are not many beings in Asgard or the universe itself that can say that they have successfully made the father of all, fall. After years of Jane attempting to win Odin’s respect and approval, all it took was becoming the God of Thunder herself.

Hello world, enter Bryce Morris. Bryce is currently a college sophomore attending Rowan University with experience in writing for an online blog as well as an advertising agency. One day in the not too distant future, Bryce aspires to become a comic book writer. Bryce has always had his sights set on writing and in his down time can be found either watching a Marvel movie, reading a Marvel comic, or writing for Screen Rant… either or is acceptable.

Ellen Page is ‘sick and tired’ of being made to feel ‘lucky’ for being a lesbian and having a career
Black trans woman Dominique ‘Rem’mie’ Fells remembered at candlelit vigil: ‘The sky was unlimited for her. But it was cut short’
Acrobat Sam Panda Detained by Myrtle Beach Police for Wearing Thong Bikini
Skully Review: A Hop, A Skip, And A Jump | Screen Rant
Don’t miss Cardinal season 4 on iPlayer