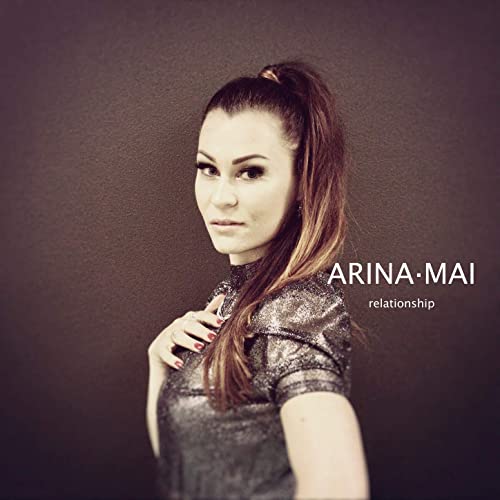 “Relationship” is the new single from Danish singer Arina Mai. Proving once again she sings with passion, Mai’s words glide from her voice as if they were straight from her heart. Like a balm to a bad abrasion, Mai’s soothing voice is no match for the unsettled and sporadic music bed. Exciting as it is, all ears are on the lyrics. Almost cinematic in nature, Mai‘s vocals are to be treasured.

Growing up in a small city near Copenhagen, Denmark, Mai wrote her first song at just 13. She soon won a talent contest and sang in church choir. She completed her first CD in 2010, but an undisclosed trauma prevented her from pursuing music as a career at that time. Fast forward to 2017 and she signed with an independent (Danish) label. She would go on to meet collaborator, producer KP Larsen in 2019. Mai’s album, Imperfect, features “Relationship” as well as her previous release “Get Closer”.

Besides the stirring, more pop electric music base, “Relationship” seems to draw a line in the sand. Mai goes from hesitancy, to assurance. She sings you told me from the start, I should write a song, how could I do that without knowing one, cause you want me, you want me. Her voice is free of obstacles – it pierces the heart. The overall vibe is a mix of Dido, Enya and Alanis Morrissette. Slowly she sings, but the music beneath her darts off in new directions. Beats and pulses are stitched together via the computer, with keys jumping out and beams of light spraying the listener. There was no beat in me, your words surrounded me, there was a full guarantee, cause you believe in me, she sings. The words keep the listener on their toes, fusing poetry and pop lyrics. The song ends almost like it starts – with a peculiar beat and somewhat abrupt electronic burp (times three!).

While she sings within range, I felt like she sang “Relationship” cathartically. She’s cleansing herself of her shortcomings and her personal doubt. I think he dreams took her to writing about her thicker-than water relationship with music is that relationship. Her journey and her personal struggles have all led her to this moment. In many ways, this is her quintessential or signature song. It’s her story to find her voice…even though she had it all along. I liked the direction she took with the music bed – it gave it a ‘now’ feel compared to her (at times) tender voice. She really sings from her heart.

Craving something that tugs at your heart, and beats a little faster to get your feet dancing? “Relationship” is your best bet. The electro-pop sheen and the always-impressive Mai pulls-off an inspirational track. No matter the time of day, no matter the season, this feel-good journey from an exciting indie artist makes the grade. Mai’s voice, on par with the Broadway stars and pop stars of any era, gifts her listeners with this relatable, emotional song journey.