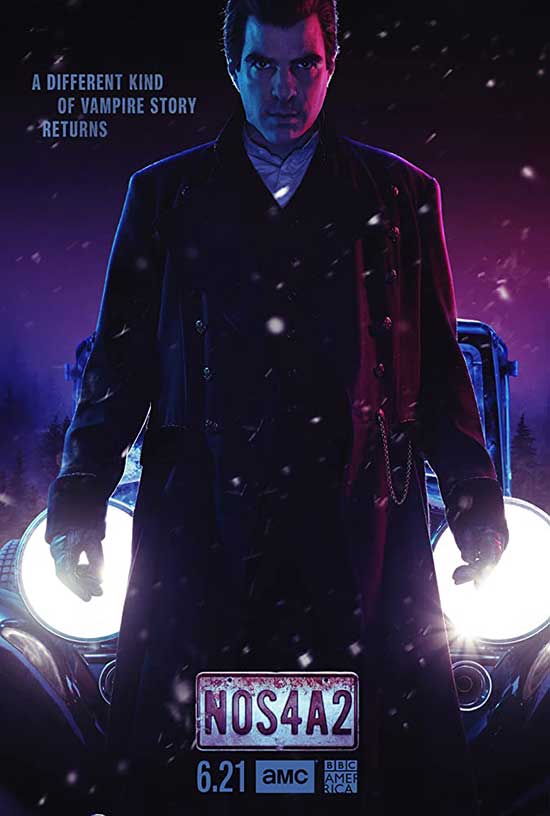 Based on Joe Hill’s New York Times best-selling novel of the same name, “NOS4A2” is a different kind of vampire story. It follows Vic McQueen, a gifted young woman who discovers she has a supernatural ability to find lost things. This ability puts her on a collision course with the evil and immortal Charlie Manx. Manx is a supernatural villain who feeds off the souls of children and then deposits what remains of them into Christmasland — a twisted place of Manx’s imagination where every day is Christmas Day and unhappiness is against the law. Vic strives to defeat Manx and rescue his victims — without losing her mind or falling victim to him.

When I initially got word that this series was to be released, I was excited to see what new take on horror was about to hit the circuit.

The purpose of this review is to cover season 2. However since I was late to the game, I had to embrace season 1 first to get the gist of where the story was at. I have to confess that initially the series was hard to get started with. The content appeared interesting enough, though I found it to be lethargically hard to stay focused (I fell asleep alot). Perhaps it was the melancholy nature of its presentation or simply a soundtrack that is designed to soothe rather than jar…. I’m not quite so sure but it did take a few attempts. 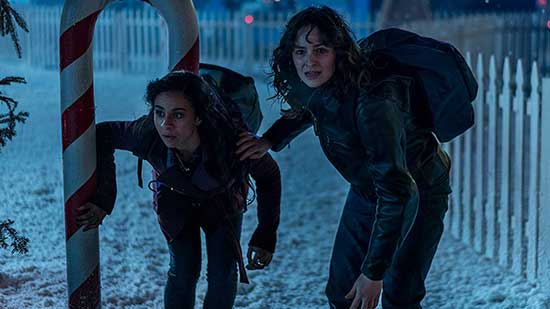 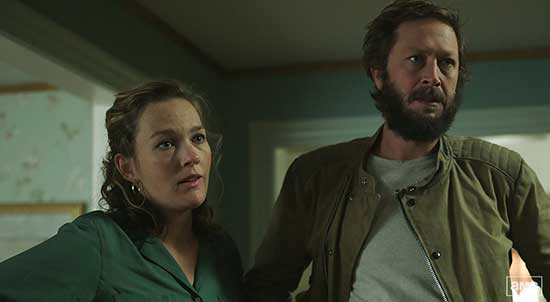 Digressing to the purpose of this review, we are now into season 2. NOS4A2 (which is pronounced Nosferatu) is an AMC original series that premiered in June 02 2019. The series was canceled after season 2 which ran to August of 2020. It’s main stars consist of actors Ashleigh Cummings, Zachary Quinto, Jahkara Smith, Ólafur Darri Ólafsson, Virginia Kull, and Ebon Moss-Bachrach. NOS4A2 ran for 10 episodes each season, though as mentioned, received no renewal.

Now to summarize, Zachary Quinto as Charlie Manx is the main antagonist. His MO is feeding off of children’s souls with the end goal of depositing them into a place called “Christmas land”. (Basically Christmas land is a twisted form of Christmas village). The series sticks to a supernatural tone with its protagonist Victoria “Vic” McQueen (Ashleigh Cummings) (seemingly equipped with the ability to track the immortal Manx and the occasional time portal (or bridge for that matter) . 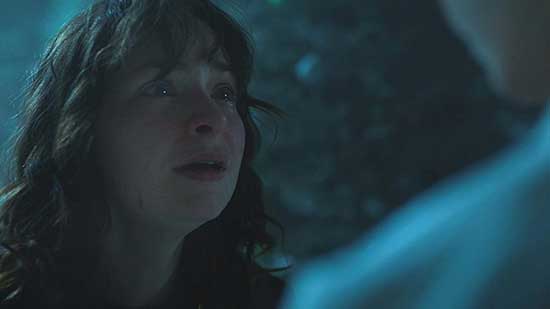 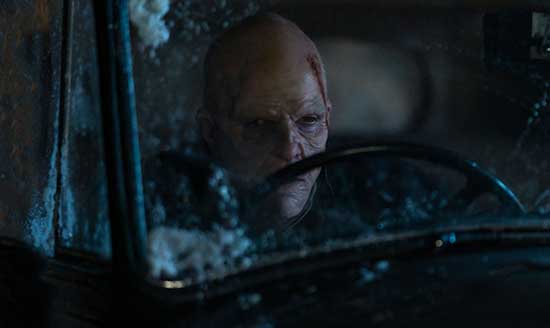 This is the main premise of the series centered around the small town of Rhode Island. Actor Zachary Quinto has had a history of paying psychotic characters and villains, so despite his occasional Spock roles is a pretty good fit here (does anyone remember his talents as the series “Heroes” main villain?) 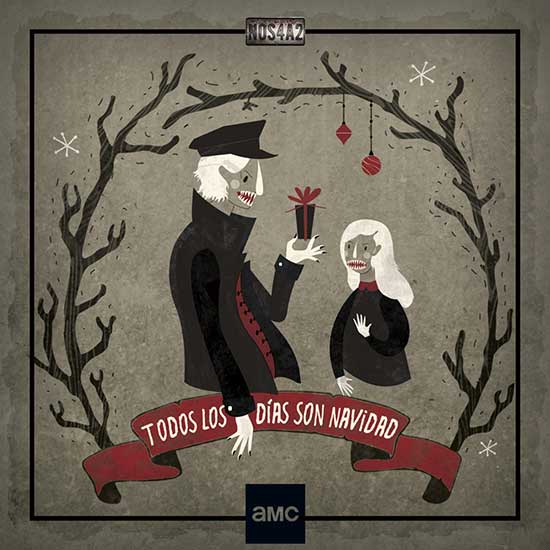 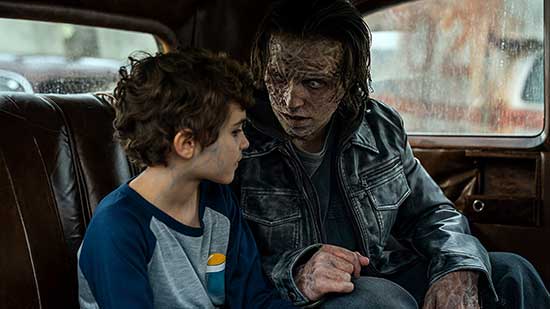 Season 2 continues with his trend taking the epic further by elaborating more on the myths and specifics of this particular twisted universe. We are now 8 years later. We discover how to restore the children (from their soul removal states and the true nature of Manx who is a wraith or vampire (whatever) in disguise. Perhaps that is a bit of a spoiler however there is alot of content here to take in and with characters to discover. (The idea of a wraith is of course revealed several times in the series.) We also are acquainted with Bing Patridge (Ólafur Darri Ólafsson), Manx’s helper now trying to restore him from his burnt up state. Season 2 does appear to be somewhat lacking in the writing department seeing that it follows the author’s original story. It does have it bumps, but manages to pull thru with highs and lows throughout the season. More conflicts arise which carry the story forward. 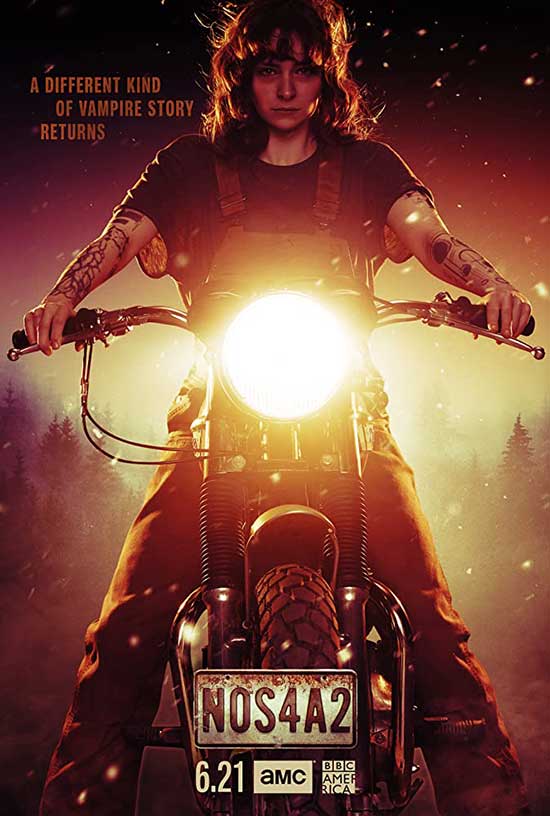 Its an original story that was originated under the novel work of Joe Hill. Like recent TV type series such as The Outsider”‘, this one follows in that trend by taking on another supernatural myth and entity forming a series of episodes designed to entertain and thrill. It’s got an eerie vibe to the whole affair with a huge gothic flair. Zachary Quinto is always a pleasure to watch,, letting him do what he does best…creep people out! Ashleigh Cummings is her usual likeable self, so the pair make for a good run.

NOS4A2 is no exception and despite being canceled offers alot of content to take in on a rainy day. The series is fully available on bluray. In fact,, you can take that extra plunge and check out both seasons. Remember that just because a series is canceled doesn’t mean it wasn’t awesome. Some of my shows of all time, have since gone the way of old memories.