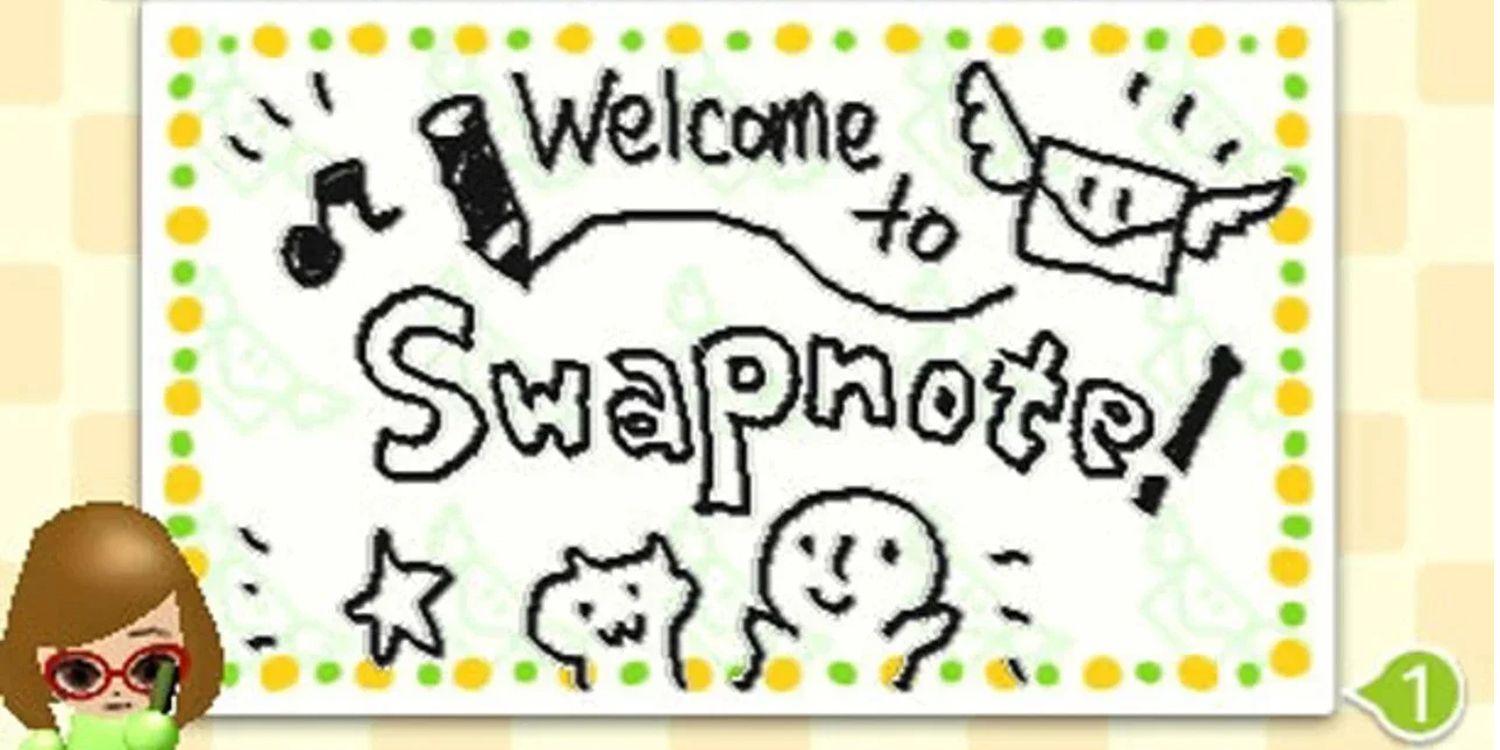 The Nintendo 3DS application Swapnote has had a muddy history, yet despite its online functionality still being disabled, it received a remastered update in December. Two months later, the reasoning for this mysterious update might have been discovered.

Swapnote was a 3DS app in which players drew pictures on letters and sent them to their friends. Players used to be able to send them to users on their friends list online, but nowadays it can only be done wirelessly through StreetPass. In 2013, the online functionality of Swapnote shut down as a response to some people in Japan sharing inappropriate imagery with minors. The app’s functions were relegated to wireless only function, and the app hadn’t received any updates since then, until December of last year. The patch notes stated that the update “fixed some problems,” but only now are those exact problems known.

Two months after Swapnote’s mysterious update in December, Twitter user OatmealDome has posted the reason for this update. According to OatmealDome, Nintendo had put up a bounty for a fix to a flaw in Swapnote’s code where a vulnerability in the StreetPass functionality could allow hackers to run “any code they wanted.” This was then fixed in the December update, and user MrNbaYoh was credited for spotting this flaw and received $1k for the bounty.

Wondering why Swapnote for the 3DS was updated last month? This is (likely) why.

A vulnerability in the message parser that could be exploited over StreetPass was fixed. It would allow an attacker to run any code they wanted.

Although Swapnote is long past its peak, its starring character Nikki is still being used today as an assist trophy in Super Smash Bros. Ultimate. Considering that Nintendo very swiftly shut down Swapnote in reaction to the crisis, it’s a nice surprise to still see Nintendo acknowledge the game in Nintendo’s biggest crossover game. The December update also hinted towards the possibility that Swapnote could potentially be remastered on the Switch, but whether or not it would have online functionality like the 3DS version is up in the air. The Switch doesn’t have a StreetPass functionality within it, so if it did once again have online functionality, the big question would be how to avoid what happened to its predecessor.

Whatever will happen in the future, this will likely be the last update the application will receive, unless another incident like this happens again. Even if Swapnote does get remastered for the Switch, the legacy that this 3DS application carries remains a tragic one. Should Nintendo decide to release Swapnote once more, hopefully it won’t go down the same road that the original 3DS version did.

Next: 10 Forgotten GameCube Games That Are Still Worth Checking Out

Max Mastrogiacomo is a graduate from Adelphi University. Having studied communications, Max has had experience in various types of writing, including journalism. Max has previously written a piece for TheCollegeFix.com, and is now working as a freelance writer for Screen Rant. At Adelphi, he also studied video production, and has produced several films during his time at Adelphi.

Zombieland’s Abigail Breslin Reveals Her Father Died From Covid-19, Pens Sweet Tribute To Him
Days of Our Lives Review Week of 2-22-21: Glad He’s Gone
The Mandalorian star Bill Burr defends ‘sweetheart’ Gina Carano after she was fired for ‘unacceptable’ bigotry
Filmmaker Abner Pastoll Uses the Deep Nostalgia Tool to Eerily Bring Iconic Horror Posters to Life
Amazon Wakes Up In the Middle of “The Devil’s Hour”