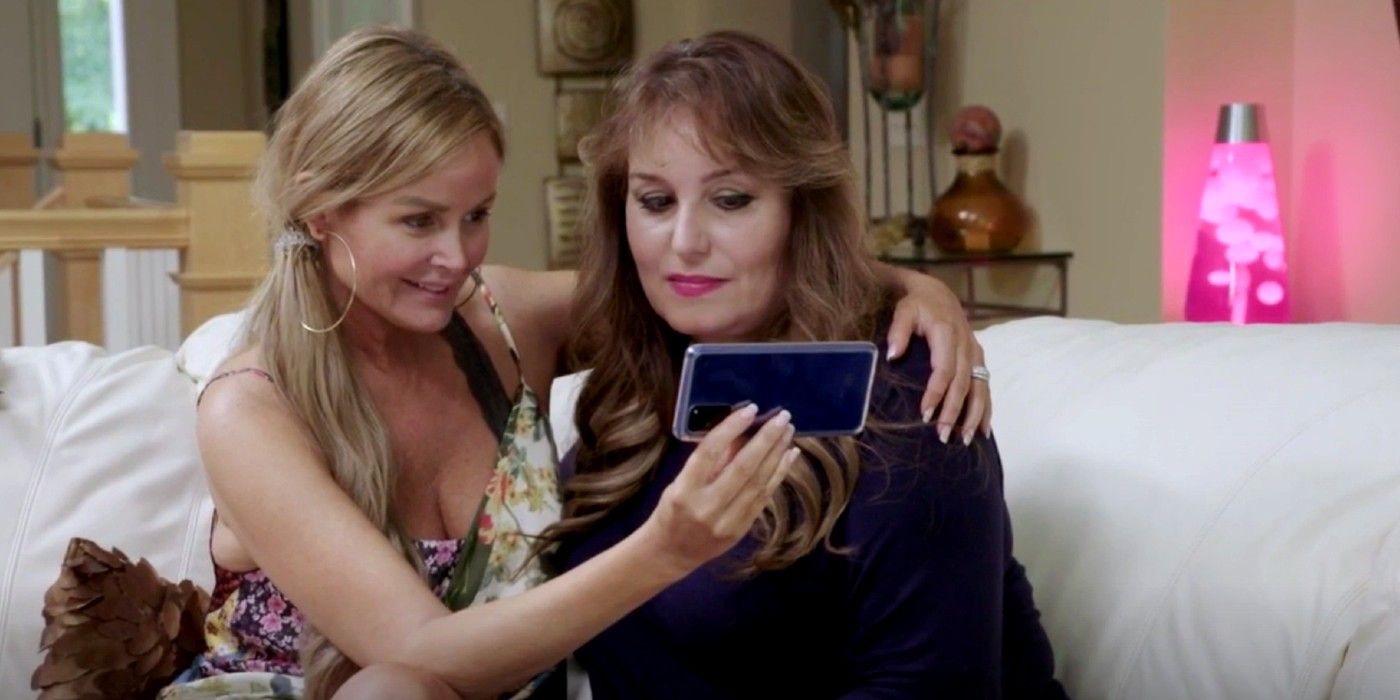 “Remember Maria the psychic?” asked 90 Day Fiancé season 8 sugar mama Stephanie Davison to her boyfriend Ryan Carr in a recent episode right before the couple erupted in a fight. It was during her first episode of the TLC reality show that Stephanie had consulted Maria her friend and psychic about Ryan’s intentions. Alongside also revealing that she’d slept with his cousin Harris, Stephanie spoke about seeing red flags with Ryan. But who is 90 Day Fiancé fame Maria Shaw that Ryan thinks does “devil’ work?”

With Stephanie finally meeting her 90 Day Fiancé sugar baby Ryan in Belize after 10 months, the couple was overjoyed to see each other. But in spite of Stephanie gifting Ryan the infamous $3,000 snake watch amongst other expensive gifts, he failed to get intimate with the Michigan resident. The Skin Envy owner Stephanie felt Ryan has cheated on her and remembered her psychic friend Maria tell her about “the chariot” card in her tarot deck. As Maria explained that the card meant Ryan had “another woman around him,” 90 Day Fiancé star Stephanie dismissed the fact that she had slept with Harris. Regardless, episode 10 had Stephanie interrogate hula-hooping Ryan about her “younger woman” doubts and he replied that “psychic has something to do with the devil.” Stephanie spoke about Maria getting names, dates, right “on the nose” as Ryan argued that the psychic was using what she was told to give her readings. But right when Stephanie shared Maria’s prediction about Ryan’s mother pressuring him into marrying a younger woman for babies, the Belizian 90 Day Fiancé star lost his cool.

But while Ryan declared that it’s Maria’s job to “put s*it in people’s heads,” the 90 Day Fiancé fame psychic seems to be quite sought after as per the internet. According to her website, Maria, who is 57 and has been working for 20 years, is “the country’s most popular and beloved astrologer.” Stephanie’s friend is known for her “amazing accuracy and predictions” for Hollywood’s “hottest stars.” The New Orleans-based psychic, apart from 90 Day Fiancé, has also appeared on The Tony Danza Show, The Anna Nicole Show, Life and Style, Fox, Mr. Personality NBC, etc. And Maria also happens to be the personal advisor to many celebs and had apparently given “over five hundred readings” to names such as Lisa Rinna, Antonio Sabata Jr., Tony Danza, Jenny McCarthy, Larry the Cable Guy, and more.

While 90 Day Fiancé is her current on-screen gig, according to her website, Maria also used to be the on-air talent/host for TV Guide Channel. National Enquirer and Soap Opera Digest carry Stephanie’s bestie Maria’s weekly columns and apart from this, she’s also written nine books published in seven languages, including “Soul Mates and Hot Dates: How to Tell Who’s Who.” Miss Shaw’s website also is equipped with an online shop that lists handbags, shoes, bracelets, necklaces, and “candle manifesting kits.” Now a reality TV star, Maria is a former model and television journalist and uses “astrology, numerology, and her own intuition” to guide people into making positive “changes and choices.”

But with Ryan running off in the previous episode of season 8, and Stephanie moving on to cousin Harris and later a man named Quincy Carver, what about Maria’s prediction of the two getting married? In this case, only 90 Day Fiancé knows what lies ahead in Stephanie’s future.

Next: 90 Day Fiancé: Stephanie Davison & Ryan Carr’s Most Dramatic Moments As A Couple