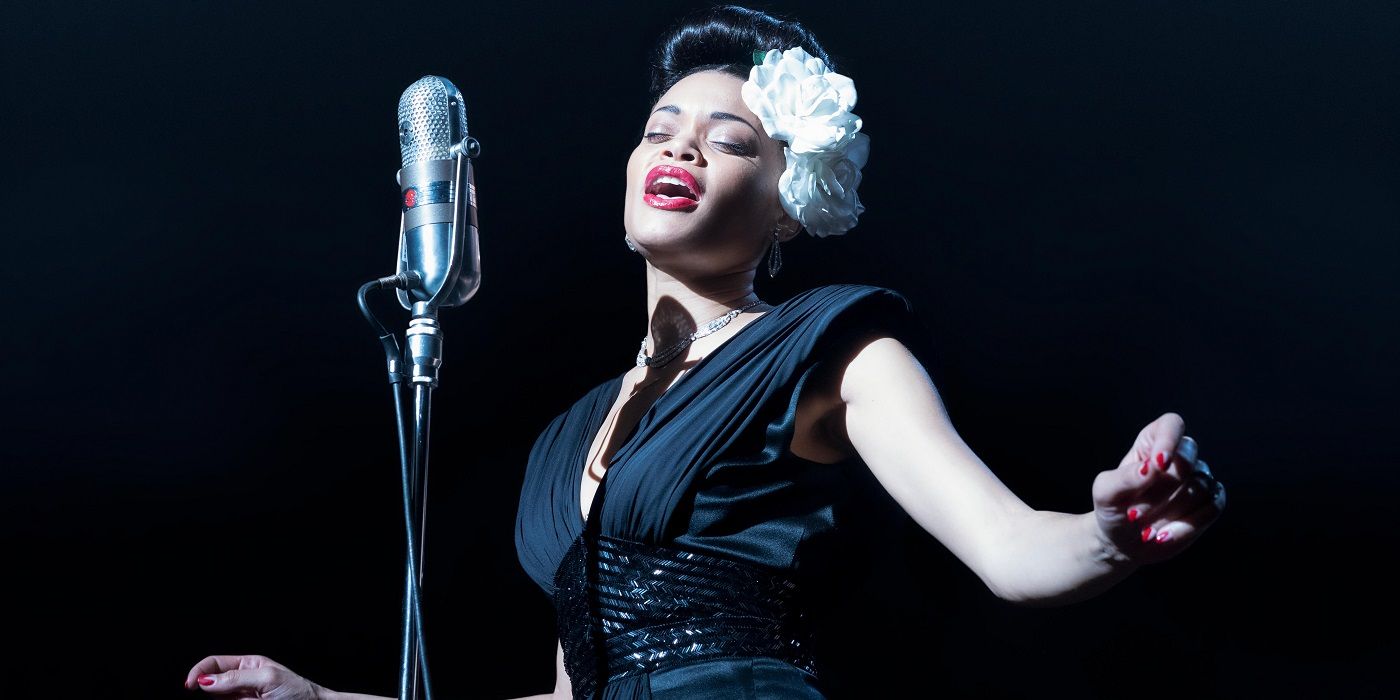 The United States vs. Billie Holiday, coming to Hulu on February 26, is Lee Daniels’ latest opus. Rather than laying out a full biopic on legendary singer Billie Holiday’s (played by Andra Day in her first lead role) life, it focuses on her court trial and run-ins with the government.

Daniels and Day spoke to Screen Rant about the significance behind her signature song “Strange Fruit,” which set the Federal Department of Narcotics after her, and the reason Day was perfect for the role.

I hadn’t heard about “Strange Fruit,” but after doing the research, I see it really is the first protest song. For those that don’t know, can you let us know what “Strange Fruit” is?

Andra Day: Yeah, absolutely. First of all, it’s always so crazy to me – I happened to study her and go to a school for performing arts, so I knew about it – but it is crazy to me sometimes that I meet people still to this day that are like, “I’ve never heard of Strange Fruit.”

But can you remember that’s intentional. It’s nothing to be embarrassed about or nothing; it’s understanding that that’s how it’s sort of been designed. But “Strange Fruit” was our first protest song, and it originated as a poem that was written by Jewish poet Abel Meeropol. He met Bilie through, I think – her manager at the time. It was actually the late 30s when she started singing the song; he asked her to sing it in the club, and she decided she would do it. She picked it up, and she sang it.

She was immediately targeted by the government, and the first thing they tried to do was shut her down and get her to stop singing it. She wouldn’t, and it wasn’t… about her activism, because I don’t think she knew she was an activist. She just knew it’s wrong. She just knew, “Hey, come two and two together, we shouldn’t be lynching folks.” You know what I’m saying? We don’t have equality. I think she just wanted to do what was right.

She ultimately sang that song unto her physical demise, because they targeted her and went after her, and wanted to keep her on drugs and were tempted to put her in jail. To not just imprison her, but also to shoot her outside of clubs. It was a fight song, for sure.

Lee, you’re an amazing director. The look and feel of this film is brilliant from from beginning to end. This is Andra’s first foray into acting, but she doesn’t just act as Billie Holiday; she really channels Billie Holiday. What did she bring to the role that surprised you or wasn’t on the page?

Lee Daniels: Andra, she’s a singer. She knew vocally how to how to appreciate Billie. I don’t think that an ordinary actor, that doesn’t know how to use her her breath or voice or vocals, could just could just bring that. I think that she also brings the spirit of a warrior. Andra herself is a is an activist, and she is just beautiful. She’s just beautiful.

I mean, it’s a combination. You love Billie; you love her. It was the perfect storm that we met, and she delivered for me in a way that I did not think [possible]. I got this performance, I don’t know how – because I think about it, and I wonder what actually happened. I think it was just trust. A lot of trust.