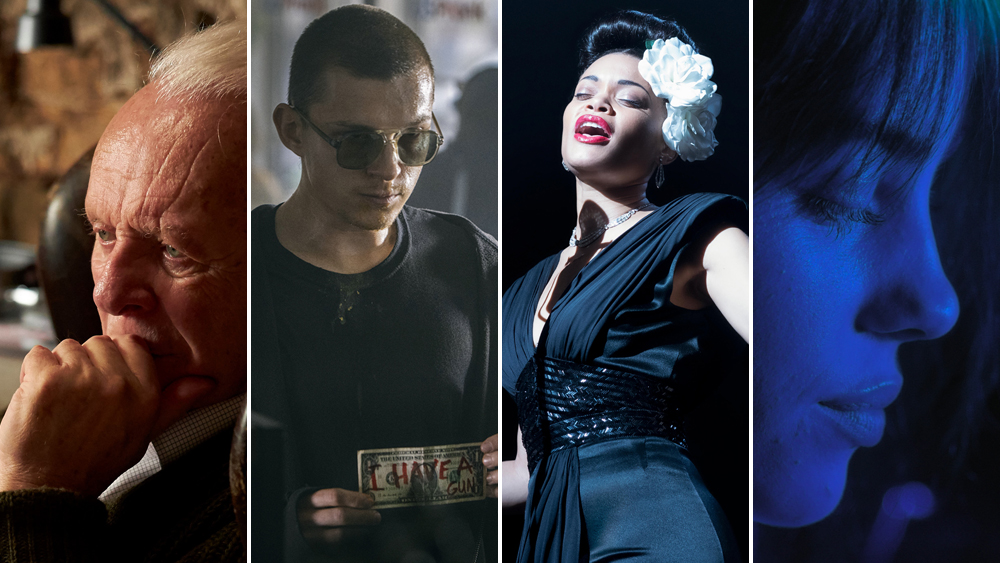 Sony Pictures Classics is set to release awards contender The Father in select New York and Los Angeles theaters today before expanding nationwide March 12 before landing on PVOD on March 26. That’s quite a theater-to-digital journey for the Florian Zeller-directed drama starring Anthony Hopkins and Olivia Colman.

The film, which premiered at Sundance in 2020, is adapted from Zeller’s 2014 play which starred Frank Langella, who won a Tony Award his performance. Zeller and Christopher Hampton adapted the play which follows Anthony (Hopkins), a defiant 80-year-old man who lives alone and refuses the carers that his daughter, Anne (Colman), encouragingly introduces — and she needs the help. She can’t make daily visits to her father and his grip on reality is unraveling.

The Father marks Zeller feature directorial debut — and what a debut it is.

The film has received critical acclaim and received numerous Golden Globe and SAG Award nominations. In Pete Hammond’s review, he said, “Hopkins is really magnificent here, an overwhelming performance that never shows its hand and in the final act puts you so firmly in its grasp that you won’t be able to hold back tears — but those tears are earned in a turn that is an acting master class.”

He adds, “Colman perfectly counters Hopkins here, an understanding and compassionate daughter but one who also has a life of her own. Among the rest of the cast, Poots and Williams are standouts as well. This is a must-see.”

Tom Holland teams up with directors Anthony and Joe Russo out of the Spider-Man persona and into the title role in the darkly humorous coming-of-age pic Cherry.

Inspired by the best-selling novel of the same name, Angela Russo-Otstot and Jessica Goldberg adapted the story which follows the journey of an unhinged man from Ohio who meets the love of his life, Emily (Ciara Bravo). He drifts from dropping out of college to serving in Iraq as an Army medic. When Cherry returns home a war hero, he battles the demons of undiagnosed PTSD and spirals into drug addiction. He turns to bank robbing to fund his addiction, shattering his relationship with Emily along the way.

“Cherry is easily the hardest role I’ve ever had to take on, for loads of reasons,” Holland told Deadline in a recent interview. “The amount of life that we cover throughout the film for a start—this is 18 years of someone’s life. Trying to convey that in two-and-a-half hours is quite a daunting task, and then you throw in love, despair, PTSD, substance abuse, bank robbery and prison.”

He added, “It’s the golden ticket for an actor, because it’s a role that keeps on giving, and there was never a dull moment on set.”

In The United States vs. Billie Holiday, Lee Daniels brings us the story of the legendary Billie Holiday — but shows her often-overlooked civil rights activism.

Beginning in the 1940s in New York City, the federal government targeted Holiday, who is played by Andra Day, in a growing effort to escalate and racialize the war on drugs, ultimately aiming to stop her from singing her controversial “Strange Fruit.”

“You simply cannot say enough about what Day achieves in this role, particularly being a first-time actor,” said Hammond in his review. “She gets beneath the skin of Holiday, giving a raw and honest portrait of an artist under duress but determined in her belief that she can use that art and talent to make the world a more just place.”

He continued, “She is flawed to be sure, sadly addicted, but inspiring in her quest. Day, who isn’t acting in the shadow of the memories of [Diana] Ross, carves out her own interpretation and makes it fresh and right for this moment. She also triumphs musically in every one of Holiday’s well-known hits but sells ‘Strange Fruit’ like it is the first time it has ever been sung. Extraordinary.”

The United States vs. Billie Holiday debuts on Hulu today. Watch the trailer below.

From one Billie to another, Apple TV+ releases the R.J. Cutler documentary Billie Eilish: The World’s A Little Blurry, which tells the coming-of-age story of the singer-songwriter and her rise to global superstardom.

The doc gives audiences a deeply intimate look at the journey of the then 17-year-old as she navigated life as a musician and a teenager living at home with her family. All the while we see her write, record and ultimate release debut album When We All Fall Asleep, Where Do We Go?

Eilish went on to win multiple Grammys for her debut album including Best New Artist, Album of the Year, Record of the Year, Song of the Year, and Best Pop Vocal Album. Eilish is also the singer of the theme of the new James Bond movie, No Time To Die.

In Night of Kings, a young man is sent to “La Maca,” a prison in the middle of the Ivorian forest ruled by its inmates. As tradition goes with the rising of the red moon, he is designated by the Boss to be the new “Roman” and must tell a story to the other prisoners.

Learning what fate awaits him, he begins to narrate the mystical life of the legendary outlaw named “Zama King” and has no choice but to make his story last until dawn.

Written, directed and starring Julie Delpy, My Zoe follows Isabelle, a recently divorced scientist as she struggles to co-parent her daughter Zoe with her argumentative ex. When Zoe suffers an unexpected brain hemorrhage and is put on life support, Isabelle comes up with an audacious plan to keep some version of her daughter alive. My Zoe also features Richard Armitage, Daniel Brühl, Gemma Arterton, Sophia Ally

The film made its world premiere in 2019 at the Toronto International Film Festival. When Delpy and Armitage visited Deadline studio in Toronto, Delpy said the idea for My Zoe years ago but it really flourished when she “became a mother.”

“Suddenly the whole concept that was more just a spark to start with became more of a screenplay that I wanted to write. I started writing it about eight years ago, and finished it about six years ago, and then put it together, and it was very important,” she said. “I just felt like to me, it was important because it felt like something so profound, the fear that you feel as a parent and all the anxiety that it is.”

My Zoe opens in theaters today and bits on demand May 25.

Written and directed by Keith Thomas, The Vigil is set to bring the scares this weekend as it opens in select theaters and drops on digital.

The supernatural horror stars Dave Davis, Menashe Lustig and the late Lynn Cohen and made its debut at the Toronto Film Festival in 2019. The story is steeped in ancient Jewish lore and is set over the course of a single evening in Brooklyn’s Hasidic Borough Park neighborhood.

Low on funds and having recently left his insular religious community, Yakov (Davis) reluctantly accepts an offer from his former rabbi and confidante (Lustig) to take on the responsibility of an overnight “shomer,” fulfilling the Jewish practice of watching over the body of a deceased community member. Shortly after arriving at the recently departed’s dilapidated house to sit the vigil, Yakov begins to realize that something is very, very wrong.

A story of systemic racism, the film is told through the eyes of April (Celine Tsai), a brilliant programmer with a promising future who is is accused of plagiarism by Keith (Jonny Keltz), a teaching assistant who puts her on blast in front of an academic hearing to prevent her from graduating.

While operating under the guise of an impartial panel, the three tribunal judges each have their own illicit motivations and personal biases that will secretly steer the course of the trial. By interrogating a rather eccentric group of witnesses, both April and Keith build their cases and the disdain between begins to grow — and tensions do as well. Civility and political correctness get thrown out the window and it starts to reveal all the sinister sides of both parties.

Kerry Mondragon’s Tyger Tyger is a pandemic thriller — but it was shot before the pandemic we are currently in. So perhaps the film was ahead of its time.

The pic follows a woman named Blake (Sam Quartin), who while waiting for her test results during a pandemic, robs a pharmacy for life-saving medication. From there, she ditches her insolent boyfriend (Max Madsen) and makes a deal with a drug addict named Luke (Dylan Sprouse), to help distribute the stolen medication in the fringe lands. During the life-or-death adventure, they are chased through the city by its self-appointed gatekeepers Tammie (Eden Brolin) and Uncle Joe (Craig Stark).

Also opening this weekend in theaters and digital is Vertical Entertainment’s Safer At Home, another pandemic tale.

Directed by Will Wernick, who co-wrote the script with Lia Bozonelis, Safer At Home takes us two years into a pandemic and a group of friends throw an online party with a night of games, drinking and drugs. After taking an ecstasy pill, things go terribly wrong and the safety of their home becomes more terrifying than the raging chaos outside. The film stars Jocelyn Hudon, Emma Lahana, Alisa Allapach, Adwin Brown, Dan J. Johnson, Michael Kupisk and Daniel Robaire.