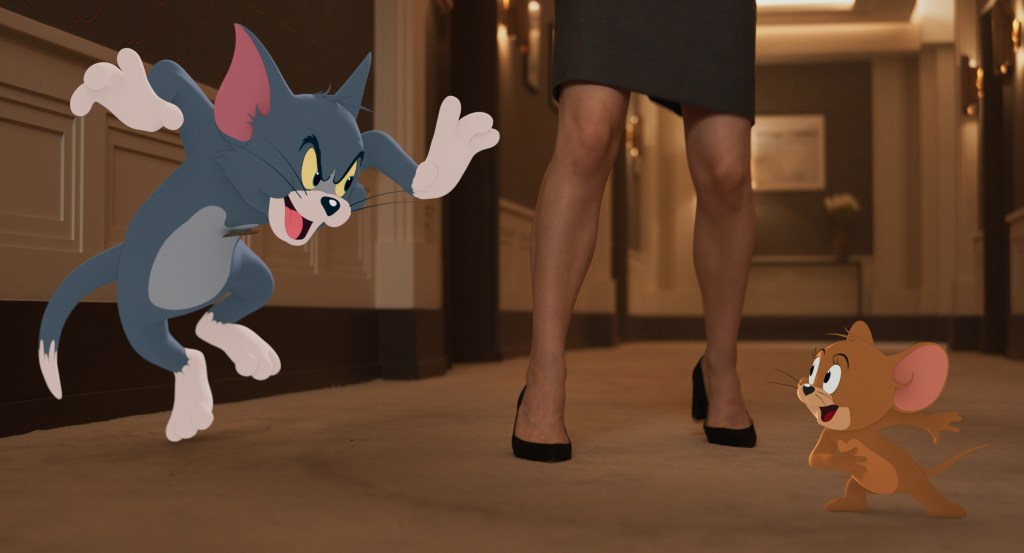 Warner Bros. day and date theatrical release of Tom & Jerry in theaters and on HBO Max had what would be considered a very solid day during the pandemic, with $4M on Friday and an expected $12.5M over three days, according to Warner Bros. That’s a number that beats the 3-day of Universal/Dreamworks Animation’s Croods: New Age, which took in $9.7M over the 3-day weekend Thanksgiving weekend.

To date, Tom & Jerry is the second-best debut for a movie released during the pandemic, post August after Warner Bros.’ Wonder Woman 1984, which did $16.4M. Tom & Jerry was directed by Tim Story and produced by Chris DeFaria.

Warners posted these numbers on Tom & Jerry in a current exhibition landscape where roughly 50% of all theaters are still closed, as well as No. 2 chain Regal, with New York City set to open this coming Friday. Moviegoing is only going to get better: Los Angeles is expected to reopen within the next month as well, and then we only have to wait on capacity restrictions easing.

Also, we heard Tom & Jerry didn’t do too shabby in China.

The expectation is that if Universal can have a slow burn on Croods 2, which will hit $52.5M stateside this weekend and has been No. 1 five out of its 14 weekends running, then so can Tom & Jerry. Again, let’s not get ahead of ourselves: These box office numbers aren’t at pre-pandemic levels, but it shows that the financial tide at the domestic box office is turning.

There was a fear when cinemas first reopened in some parts of the country that families would not venture out. But clearly, with vaccinations increasing, the fear about returning to the movies is slowly subsiding.

Again, we’ve been saying this for the past couple of months, but Warners is really trying to make these movies work in those areas of the country where cinemas are open, despite the day-and-date strategy. Most of the time, Netflix and Amazon movies don’t make any money in their limited theatrical run-up to being on those respective streamers (in regards to the latter, they began adopting this limited theatrical/streaming strategy with their Scott Z. Burns Sundance acquisition, The Report).