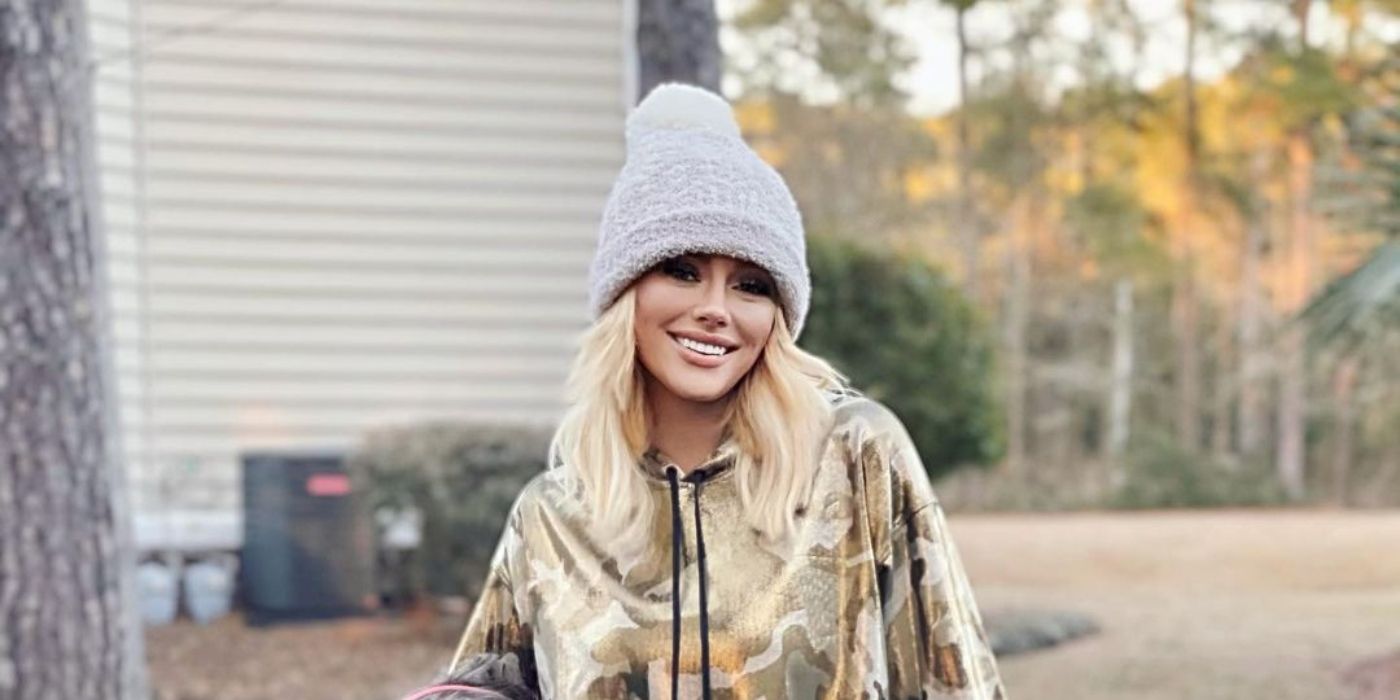 News has come to light that Kathryn Dennis from Southern Charm may have lost custody of her two small children to her ex-boyfriend, Thomas Ravenel. The disgraced South Carolina treasurer has been fighting to regain custody of his children, but neither has confirmed the news.

There has never been anything smooth sailing about the former love bird’s relationship. The 29-year age gap got the streets of Charleston talking, and it did not help that she ended up having his two children. The politician often tried to gaslight her, but in the end, fans saw him for what he really was. In 2016 Dennis failed a test for marijuana which caused her to lose custody of her children, Kensie and Saint, but she did check herself into rehab, which in the end granted her 50/50 custody in 2018.

Related: Southern Charm: All the Reasons Why A-Rod Would Reach Out to Madison LeCroy

According to documents obtained by The Sun, the mother of two lost temporary custody of her children amid cocaine allegations. A source close to the outlet revealed that the reality star only had supervised visitation that can take place during the day on Saturday and Sunday every other weekend. In the court documents, they showed a South Carolina judge had made the decision that Dennis would only have visitation of her children, but it was temporary. Ravenel would have primary custody until a more permanent decision was reached.

The outlet shared that a hearing was held on February 9, with a verdict being given on February 25. Bravo fans are well aware that the couple has not been seeing eye to eye as Ravenel has openly accused her of using drugs. In the court documents, the father of two claimed he had a mutual friend who told him about a trip that his ex recently went on where she took the children and her new boyfriend, Chleb Ravenell, no relation. The mutual friend claimed that he had witnessed “a lot of cocaine use” and that the mother of two had left the drugs out in the open. The court records show that Dennis has denied all allegations of drug use.

The mother of two revealed in the documents that she fully believes Ravenel is trying to gain custody so he can move to another city with his children and new family. The saga of their fighting struck a chord with viewers since it seems only the children will suffer. To many, it looks like Kathryn had gotten her life together, and many still feel that Ravenel is trying to bring her down. Fans are hoping to see some of the drama play out on the new season of Southern Charm.

Next: Winter House: How The Reality Show Will Be Different From Summer House

Jennifer is an avid Reality TV follower and is fluent in all Real Housewife drama along with the ups and downs of 90 Day Fiance sagas. When she is not writing she enjoys traveling the world in search of the best beaches! Jennifer has been writing for over 15 years and would like nothing more than to have a proper sit down with the women of the RHONY to ‘Make It Nice.’

On the Radar: Parts of a puzzle
‘Ghosts’: The Writer of ‘Host’ is Making a Real-Time, Live-Action Horror Game With Creature Design from Trevor Henderson!
Take the Trip: ‘In the Earth’ and the Trippiest Genre Sequences of All Time
Arca, My Bloody Valentine, More to Curate NTS 10-Year Anniversary Radio Shows
George Clooney and Ben Affleck Play Softball on ‘The Tender Bar’ Movie Set