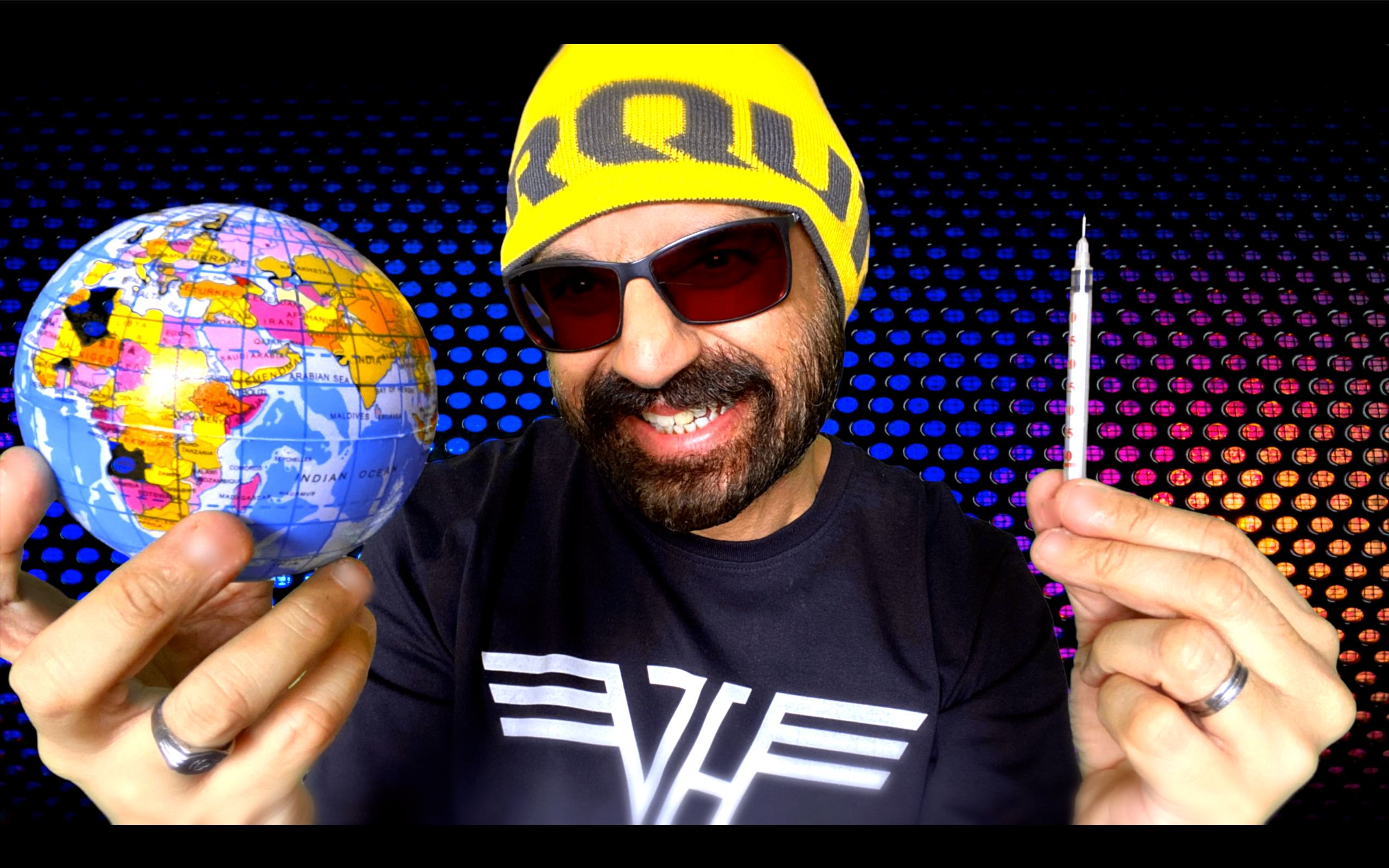 Few things distinguish the success of Vineet’s new single “Jab the World” than its impressive placement on the Digital Radio Tracker Top 50 Rock Airplay Chart. Reaching number twelve as of current writing outpaces current releases from other musical luminaries such as Greta Van Fleet, Slipknot’s lead singer Corey Taylor, and System of a Down, among others. It is another reminder that, despite its timeless appeal, Vineet has written a track with enormous present-day resonance. It’s timely without ever sounding preachy and its message is writ in bold, unmistakable language. Tracks with those sorts of strengths invariably garner the airplay they deserve.

Vineet’s new single empathizes the need for music today that resists heavy-handedness or dogma in favor of speaking with a democratic “people’s voice” reflecting the concerns and hopes of everyday men and women. The choice to adopt rock guitar and all of its accompanying trappings risks running headlong into cliché, but Vineet’s talents are far too great for such weakness. It does give the song a natural tendency towards exhortation rather than soft-peddling his vision of a better world free from hate.

That stylistic flourish present in rock music is something “Jab the World” has in spades. We have not come so far, as either a nation nor a species, that the sight of an Indian musician charting this high among far more demonstrably mainstream performers is a testament to many things, but the continuing globalization of entertainment, including music, is certainly one among many. Once arbitrary and unjust barriers between cultures are now rubble in the Internet age.

It is a testament, as well, to his refusal to gnaw along the edges of mainstream success. Vineet is pushing for his presence to be felt from one side of the world to the next and his material matches the ambition. The range of textures and approaches vary wildly among the Top 50 chart that Vineet performing so well on, but it testifies to his gifts that he can dress his thoughts up in such a time-tested form and score a convincing success on every level.

It builds on the hard work Vineet has put into getting his name out there. The commitment propelling “Jab the World” to such a notable chart placement is present in everything he touches and there’s no reason to believe Vineet will not bring the same urgency to his future material. The qualities listeners respond to in “Jab the World”, optimism, the hope for a better tomorrow, the energy to keep pushing on no matter what, are another vaccine many of us relish after a year of uncertainty and outright darkness for many.

He’s happy to supply it. He’s happy to serve as the voice for a growing swell of voices clamoring for a new tomorrow and to begin turning the page at last on an exhausting and deadly pandemic that has turned the world upside down. “Jab the World” will continue drawing new fans to burnish his growing reputation and may even experience greater success to come.