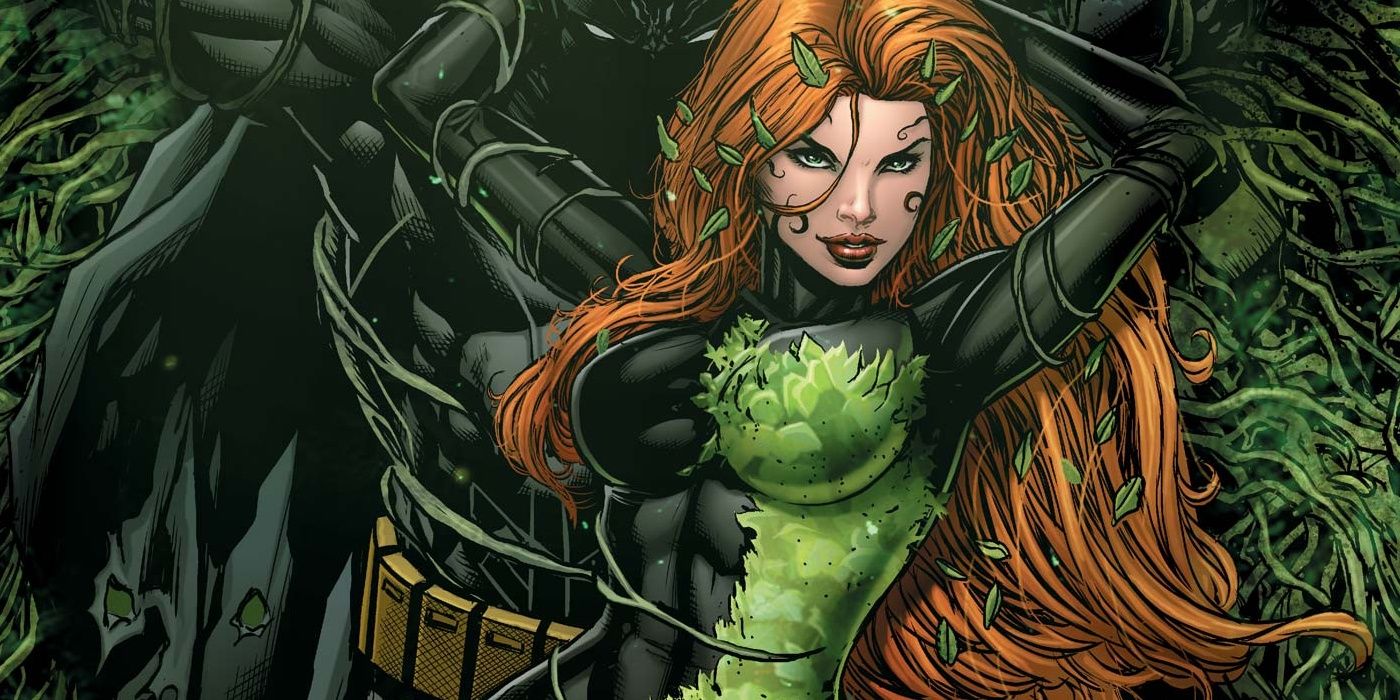 Spoilers for Batman: Black and White #4 ahead!

In Batman: Black and White #4, Poison Ivy comes to Batman with a proposition: help her save the world. Yet Batman senses there is more to Ivy’s plea than meets the eye—and he recognizes it thanks to his deep knowledge of botany, a surprising and cool skill for the Dark Knight.

Poison Ivy first appeared in 1966’s Batman #181 and was created by Robert Kanigher and Sheldon Moldoff. Doctor Pamela Isley, after being experimented upon by Jason Woodrue, aka the Floronic Man, gained the ability to control plant growth as well as the ability to secrete toxins and mind-control substances; she would use these powers to wage guerilla warfare against those who would pollute and harm the environment. This has brought her into conflict with Batman on numerous occasions. Over time, Poison Ivy has become more of an anti-hero, but Batman still refuses to trust her. In the story titled “The Green Deal” by writer Chip Zdarsky and artist Nick Bradshaw, readers get to see exactly why he doesn’t.

Related: How Poison Ivy Could Easily Rule the Criminal Underworld (Or Go Legit)

Poison Ivy has desecrated the graves of Batman’s parents, Thomas and Martha Wayne, all in a ploy to get Bruce Wayne’s attention. Instead, it draws out Batman, and Ivy tells him her plan: she wants to work with Bruce Wayne in distributing a special plant she has created that can create more oxygen than a regular plant. This could help reduce carbon emissions. She wants to work with Wayne specifically because Wayne Industries is an eco-friendly company. Batman sees through Ivy’s plan instantly, recognizing the many poisonous and toxic plants Ivy has with her, with which she intends to torture Bruce Wayne. He tells her the names of each plant, where it is from as well as its harmful effects—showcasing a deep knowledge of botany that many, including Poison Ivy, give him credit for.

Poison Ivy’s request for Bruce Wayne’s help in saving the planet appears legitimate at first—and there is precedent for it as in recent years there has been an emphasis on Poison Ivy’s more heroic side. Most recently, DC published a story revealing that Ivy is destined to join Batman’s army one day. However, that is not the case here—she intends to torture Wayne into submission and use her special plants to enforce her will on the world, making her no different than those she wishes to destroy. And if it had not been for Batman’s surprisingly deep knowledge of plants, it would have worked.

Batman developing skills in fields as diverse as botany, chemistry and the arts allows him to stay one step ahead of his opponents—a fact Poison Ivy notes after she has been defeated. Batman has been labeled as the “World’s Greatest Detective” and fans see exactly why in Batman: Black and White #4, on sale in print and digital now.

Next: DC Doesn’t Know What to do With Poison Ivy

Shaun Corley is a pop culture enthusiast living in the Pacific Northwest. After stints in both customer service and academia, he’s turned his attention to writing about comic books–his lifelong passion. He is a graduate of Radford University, with a degree in English. When not reading comics, he enjoys spending time with his fiance and their dog.