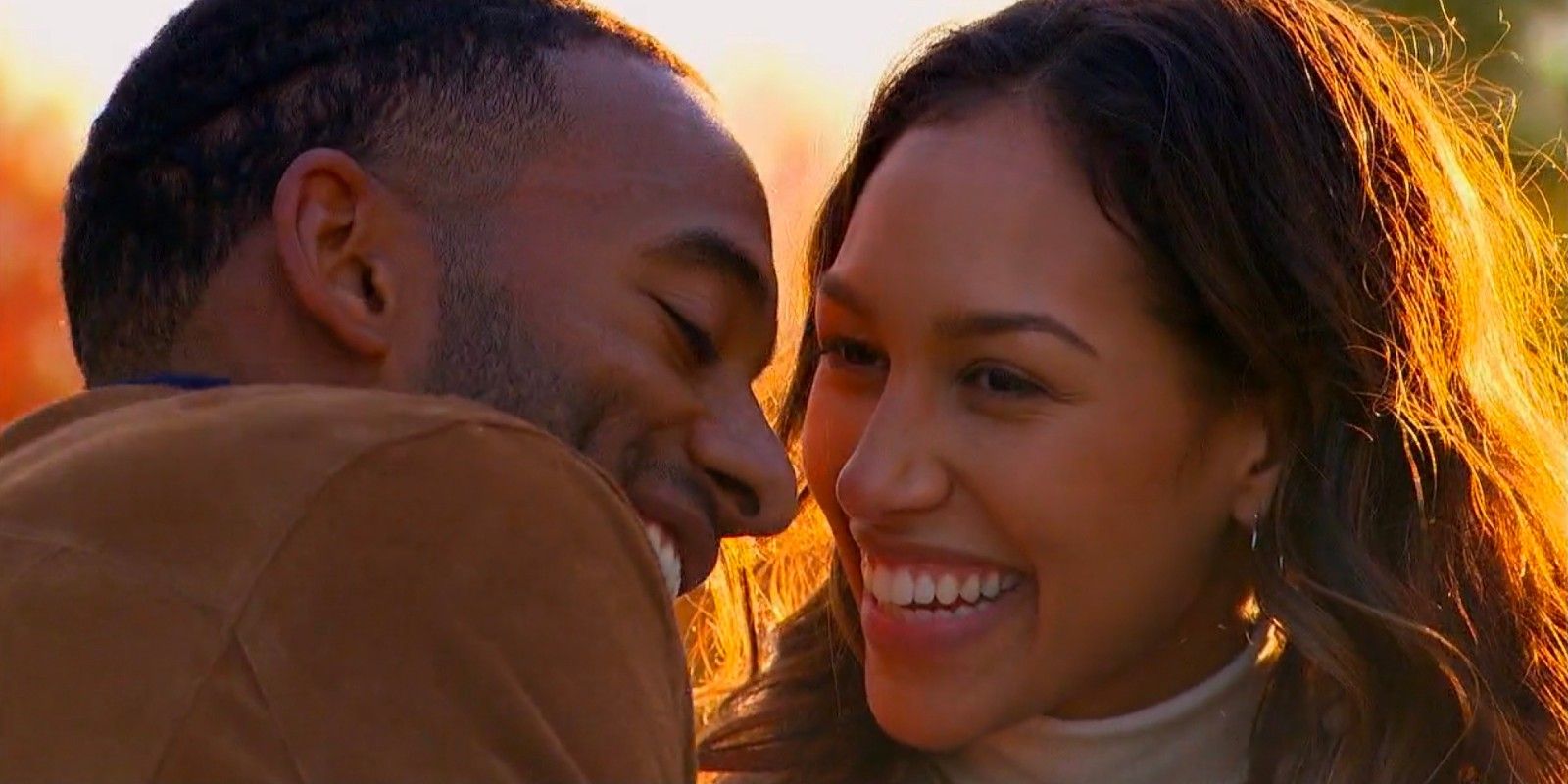 On average, contestants on The Bachelor like Serena Pitt don’t get a lot cumulative time with the leads, but that doesn’t mean their connections are any less deep and that they are any less sure when they say goodbye. Canada native Serena was on the show through hometowns and the relationship she developed with Matt James is one that will stay close to her heart. Serena feels she made the right decision breaking up with Matt, but she’s still left with a few pesky “what ifs?” In this exclusive Screen Rant interview, Serena talks about her relationship with Matt if she has any regrets.

Though dating Matt with so many other women was awkward at first, Serena’s relationship with Matt developed quickly. The two shared an easy connection, and it was clear that Matt and Serena had chemistry. Serena seemed like a frontrunner, until she spoke with her family after introducing them to Matt, and she realized that she needed to end their relationship. Since then, Serena feels that she’s learned a lot from her relationship with Matt and has closure, even if there are the occasional doubts.

Related: Bachelor: Matt Has Led Rachael On Since Finale, Per Reality Steve

Serena said, “Being in that relationship with Matt taught me so much because he did and does have so many qualities that I am looking for—things that I didn’t even realize how important they were to me.” Serena also described how special her relationship with Matt really was. “We truly got along so well, and we had such a playful, energetic, fun relationship. We would tease each other constantly. I really loved that we had that dynamic of being able to have the best of both worlds, and I would definitely want that moving forward into my next relationship.”

According to Serena, she and Matt were also able to share serious conversations about their goals in life and the things that were most important to them. The honesty the shared was special to Serena, who appreciated that they could have intimate conversations and also “just have so much fun together.” Serena’s sure of her decision to end things with Matt, but that doesn’t mean she doesn’t occasionally have her doubts. “There’s a lot of “what ifs” with that relationship, in regards to, “What if I stayed one more week? What if we met outside the show? What if I did this or that, or said this or that?” she said.

Serena and her first American boyfriend did share a special relationship, so she’ll always wonder. But at the end of the day, she still knows she made the right decision. “I think it’s really hard to know, and it’ll drive me crazy going through all the “what ifs” and always wondering that,” Serena commented. “But I think with him, what it came down to was he just wasn’t my person, and that wasn’t the right relationship for us at this time. It was a really hard breakup, and it still makes me sad to think about, but I think it was the best decision for both of us.”

As a long-time fan of The Bachelor, Serena knew about the process she was signing up for, so in some ways she was prepared for what a relationship on the show would be like. But the reality was different. As much as she knew about the show, Serena could never have anticipated how quickly she would fall for Matt. Though the relationship ultimately didn’t work out, Serena’s at least mostly sure that things worked out for the best, for both her and Matt.