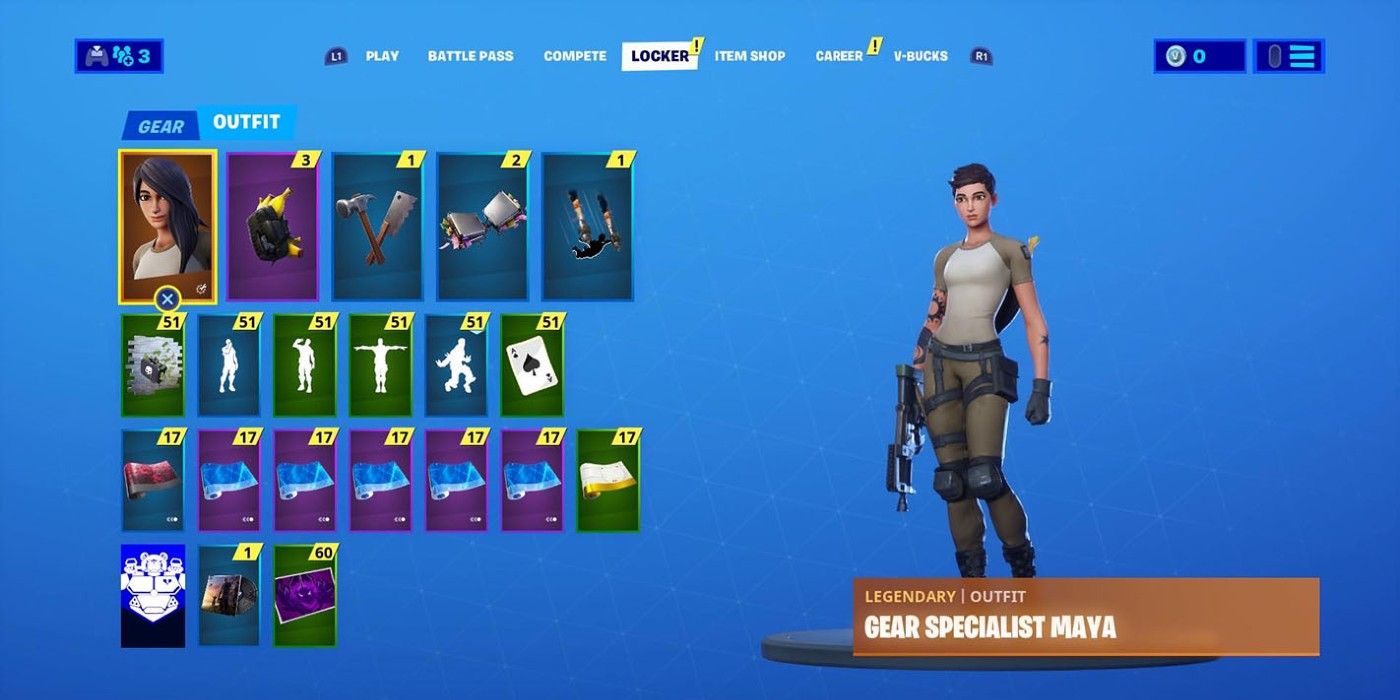 For nearly four years, Fortnite has dominated the Battle Royale genre, offering fans a robust, free-to-play experience that can be enjoyed alone or with friends. Over two Chapters and many Seasons, it is likely Fortnite fans have accumulated many cosmetics, including emotes, skins, gliders, and back bling, either through the seasonal Battle Pass or by purchasing them from the Item Store. With many licensed crossover characters and meme-worthy emotes to choose from, players who have been with Fortnite for a while will often have a sizeable collection in their locker. Calculating the value of everything by hand could take some time.

Related: Why Fortnite May Outlast Other Battle Royales

To expedite the process, website Fortnite.gg created a tool that allow users to sign in and link their Epic Games account. The feature would automatically calculate how much money a player has spent on cosmetics in their locker, displaying the total in V-Bucks. Here’s how to figure out the value of all cosmetics in a locker in Fortnite.

How to Find a Locker’s Value in Fortnite

The Sign In feature on Fortnite.gg was not affiliated with Epic Games. It allowed players to sign into the site with their Epic Games account credentials. Then, their Fortnite account would sync and display all their collected skins, emotes, and other cosmetics. The tool also included the total number of items, including a separate count for outfits, the date of the player’s first Battle Royale match, and, most exciting, the value of a player’s entire cosmetic collection in V-Bucks.

Upon reading comments from fans about the tool, Epic Games put out a statement suggesting players change their passwords and enable two-factor authentication to avoid compromising their security. Epic has no official tool for totaling items, and there appear to have been concerns from the developer about security and privacy.

Fortnite.gg promptly removed the feature to prevent confusion. They put out a statement promising no player data had been breached and that they would follow up with Epic Games to ensure everyone who used the tool would continue to be protected. At the time of writing, it is not clear if or when the feature will be re-enabled. Fortnite.gg suggests players watch the site and its Twitter account for updates.

Players can always estimate the value of their Fortnite locker by hand, but those with a sizeable collection may struggle with this. Players who want to calculate the value of their locker and don’t want to wait to find out if the account sync feature will return to Fortnite.gg will want to keep in mind that V-Bucks don’t have a real dollar value. By some estimates, the base value of a single V-Buck is around one cent. Additionally, players have likely received some items for free as gifts or rewards that they would not want to count if they were looking to determine how much real money they had spent on the game. If players can remember all the items that were free and exclude them, however, they should be able to come up with a rough estimate without the tool.

Next: How to Get All Enlightened Battle Pass Skins in Fortnite Season 6