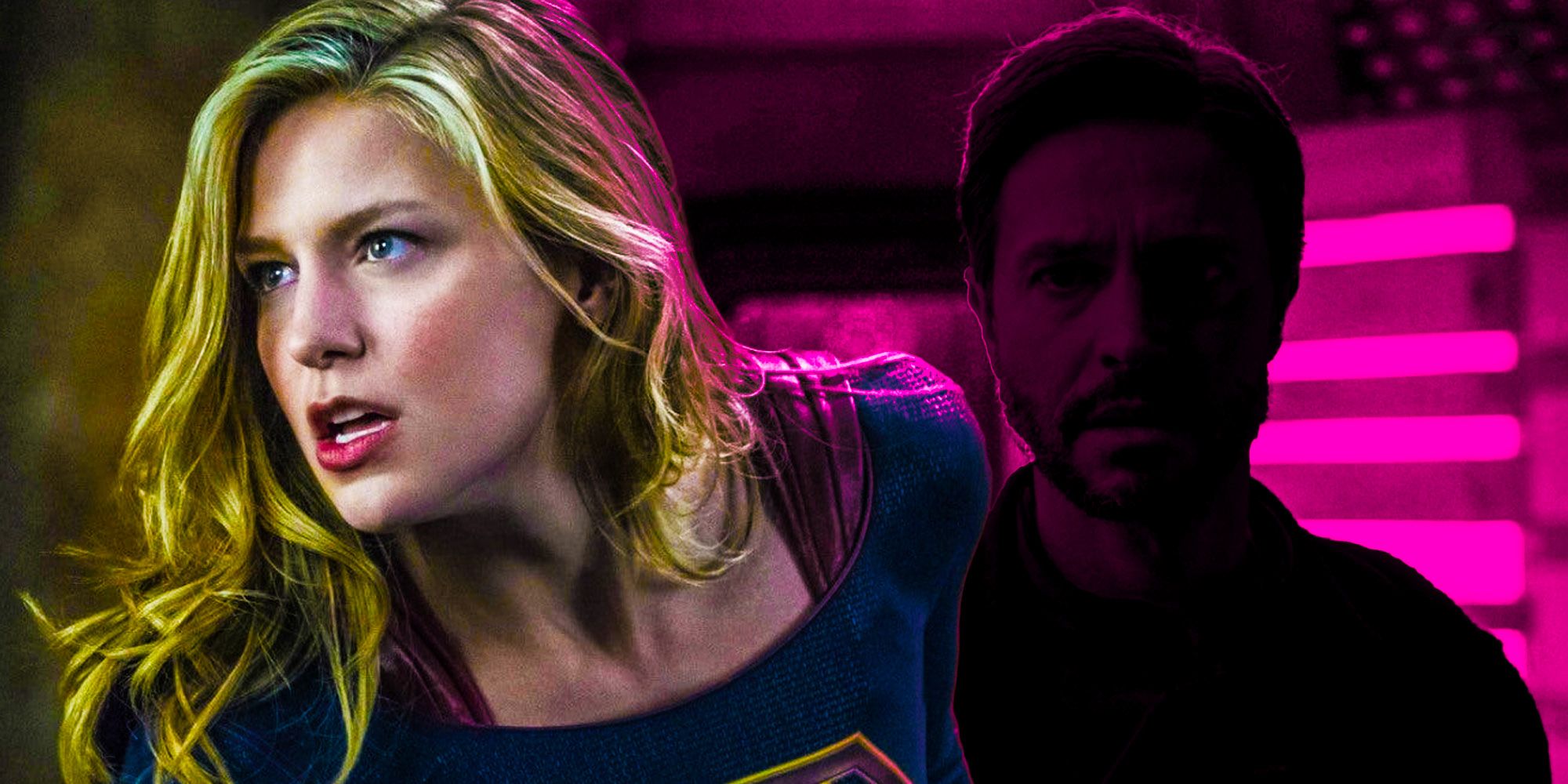 Supergirl season 6 entered into new and interesting territory when it sent its titular heroine to the Phantom Zone at the end of the final season’s premiere. While there, Kara Danvers was quickly reunited with her presumably dead father Zor-El; she also made a new friend in Nyxlygsptlnz (aka, Nyxly), a fifth-dimensional imp who’d been banished to the Phantom Zone by her father King Brpx. In a major twist, Supergirl seemingly killed off Zor-El at the end of “Lost Souls,” but it’s possible his death is a fakeout.

The Arrowverse series isolated Supergirl from the rest of the Super Friends rather early on in the show’s final season. Kara may have been prepared to die at the hands of Lex Luthor, but he instead transported her to the Phantom Zone in a last-ditch effort for revenge. Supergirl was utterly shocked to find out that her biological father Zor-El was still alive and had been trapped inside the Phantom Zone, which had been altered following the “Crisis on Infinite Earths” crossover, for years.

Together with Nyxly, the trio worked on plotting their escape from the Phantom Zone back to Earth. However, Nyxly went from friend to foe rather quickly, wanting Kara to see that her father was no good, just like the imp’s was. The whole plan was thrown out the window when Kara opted to destroy the mirror portal to stop Nyxly from subjecting Earth to chaos. Supergirl’s actions supposedly caused the deaths of Zor-El and Nyxly, but there’s a way the former might still be around.

Initially presumed dead following Krypton’s destruction, Zor-El explained to Kara how he landed in the Phantom Zone in a last-ditch effort to save himself right before the planet exploded. However, Supergirl’s reunion with her father didn’t last very long before he seemingly perished after Kara broke the mirror portal to Earth, subsequently setting off an explosion. It was a major and heart-wrenching blow to Kara that’s made especially worse considering this all happened after she’d promised to finally get Zor-El out of the Phantom Zone for good. If nothing else, Zor-El believed in his daughter’s hope and optimism after years of pain. It’s also a bitter pill to swallow considering Zor-El, who was finally more than just a projection in the Fortress of Solitude, was once again gone from Supergirl’s life so soon after he’d reentered it.

Supergirl is wasting Zor-El and Nyxly’s potential. They’re both intriguing characters who have offered new storytelling avenues for the show. In the case of Zor-El, Supergirl got the chance to spend some time with her father, something the Arrowverse series has never offered its titular hero considering he was presumed dead and Kara’s relationship with Jeremiah was practically nonexistent. There’s so much more to learn about Zor-El and it would be incredibly disappointing for Supergirl to kill him off so soon after being reunited with his daughter.

The same can be said of Nyxly. The character made a strong impression right out of the gate. With a haunted past and bitterness towards father figures, Nyxly being a foil to Kara’s eternal optimism and hope makes her the perfect villain in Supergirl season 6, as well as one with a personal connection to the superhero. The fifth-dimensional imp revealed herself a villain at the end of “Lost Souls,” but she presumably died shortly after. Her future as a prospective villain is squandered in the blink of an eye and, while she may not be gone for good, Nyxly’s death occurring immediately after revealing her true nature and intentions would be a major waste for such a character.

Supergirl season 6’s episode two confirmed the phantoms dwelling in the eponymously named location send their victims into a sea of despair. They’re a lot like the dementors from the Harry Potter franchise, creatures that feed off of other people’s fears and strip them of every joy and positive feeling. When Supergirl previously came into close proximity with the phantoms, she was plagued by one of her worst memories — that of the villain Reign killing her mother Alura, Mon-El, Brainy and others at the end of Supergirl season 3. It was a traumatic memory Kara was forced to relive and she was clearly shaken from the experience.

Theory: Zor-El Is Alive And The Phantom Zone Is Tricking Kara

It’s possible the Phantom Zone is manipulating Kara by showing her worst fears come to life. Zor-El could still be alive and his death was merely a vision Kara was seeing thanks to the phantoms. At the beginning of “Lost Souls,” Zor-El points out that Supergirl is becoming more affected by her time in the Phantom Zone — she confirmed she could feel the phantoms as though a chill was running through her. It could be that Supergirl was kidnapped by the phantoms (or at least crossed paths with them) at some point and their presence once again activated her fear and despair so that her mind conjured up a scenario that killed her father.

This series of unfortunate events would certainly line up with the aforementioned Supergirl season 6 episode that saw Kara experience first-hand the power of the phantoms’ abilities. It’s possible Nyxly’s betrayal is also a projection of Supergirl’s fears — a friend becoming an enemy would be an especially sensitive subject for Kara considering her and Lena’s fractured friendship struggles in season 5. Supergirl putting her trust in someone only to be deceived by Nyxly’s actions would be an intriguing and apt twist that would explore Kara’s psychology and emotions, as well as parallel Lena’s own guilt regarding the superhero’s situation.

All told, the ending of Supergirl season 6’s fourth episode could be a clever fakeout, one that reveals Kara’s deepest fears while also keeping Zor-El and Nyxly alive. It would make sense considering how Kara’s health and strength is deteriorating, making it perhaps easier for the phantoms’ effect to take hold. What’s more, Zor-El and Nyxly’s deaths being a phantom projection only Kara is witnessing would be the best way to bring them back without taking away from the impact of their demise. Supergirl has yet to showcase the effects of the phantoms’ psychological attacks beyond exposition, so it’s about time the series reveals the full extent of what these awful creatures can really do.

Next: Lillian Could Very Well Turn Out to Be Supergirl’s Most Dangerous Luthor