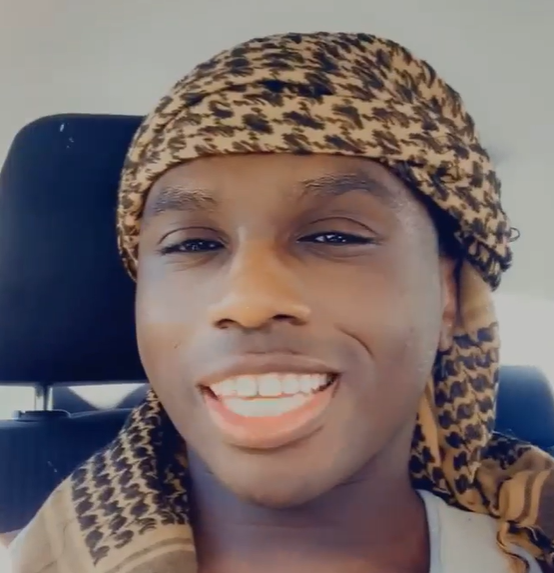 “Like a Virgin, come and talk to me. It’s not me, it’s you I like.” The opening line of Heistheartist’s EP The Book of Mary echoes across the track and bounces over a beat one might expect to hear in the bar or nightclub before ever getting play in a church. This very approach bears the entire crux of Heistheartist’s path when it comes to subtly sneaking the message of the good book into music that might otherwise shy away from delving into such polarizing subject matter. Deliver the package with enough bows and ribbons and the masses will certainly accept it with less pessimism.

Working with contemporary production to further the reach and message within The Book of Mary, Heistheartist began his career in music in a much different way. Performing within the genre of soul under his legal name LeeMann Bassey, the seed was first planted for Bassey to pursue spreading the word of God through his art when he came across an online sermon. The crisis of 2020 more than likely helped feed into the desire to help people, and it wasn’t long before Heistheartist was uniquely named and born into a life of gospel-inspired music. However, the inspiration goes as far as the concept of spreading faith — the music itself finds a much rarer niche by balancing contemporary rap and hip-hop instrumentals on top of vocals straight out of Bassey’s soul background and influences. The word of God is present, but it’s maneuvering in and out of hidden venues, operating within modern confines similar to espionage.

The EP delivers four original tracks along with two remixes that seem to exist as a way to further establish Bassey’s grasp on a widespread and nearly untouched market within popular music. The original four songs are “Virgin,” “If I Were A Virgin Again,” “What Did I Do?,” and “Childish,” with the latter acting as the song remixed twice. The EP goes by quickly and its brevity sticks in the heads of listeners. Only recently has hip-hop begun to embrace spirituality again, and Heistheartist is choosing to make his waves instead of buying a surfboard. He sees Kanye West’s Jesus is King and is respectfully nodding, but one can’t help but think that Bassey is approaching the subject from a place far more genuine and devoted. There is no mass-commodification of the message, there is just the message.

Even those not invested in the basis of Christianity should have an easy time accepting and bumping The Book of Mary within their day-to-day routines. The unabashed, wholly genuine angle taken by Heistheartist is one well worth admiring and anyone can assume that the message present in the EP will reach its hands outward to those looking for a sign, maybe changing a few lives towards God, or at least inspiring an ounce of positivity within the daily lives of listeners. You can’t knock Heistheartist’s stride or confidence, so good luck trying. He’ll only find a positive spin on all negativity, and isn’t that the best way to experience life? The chameleon-esque production on display in The Book of Mary spells big things for LeeMann Bassey’s musical future, this will certainly only act as chapter one in the Book of Heistheartist.

10 Of The Best Beard Waxes To Tame Unruly Beards (2022 Edition)
These are the Most and Least Popular States for Book Settings
Grey’s Anatomy Season 18 Episode 17 Review: I’ll Cover You
Book Riot’s Deals of the Day for May 13, 2022
Watch Burna Boy Close the Show at the 2022 Billboard Music Awards