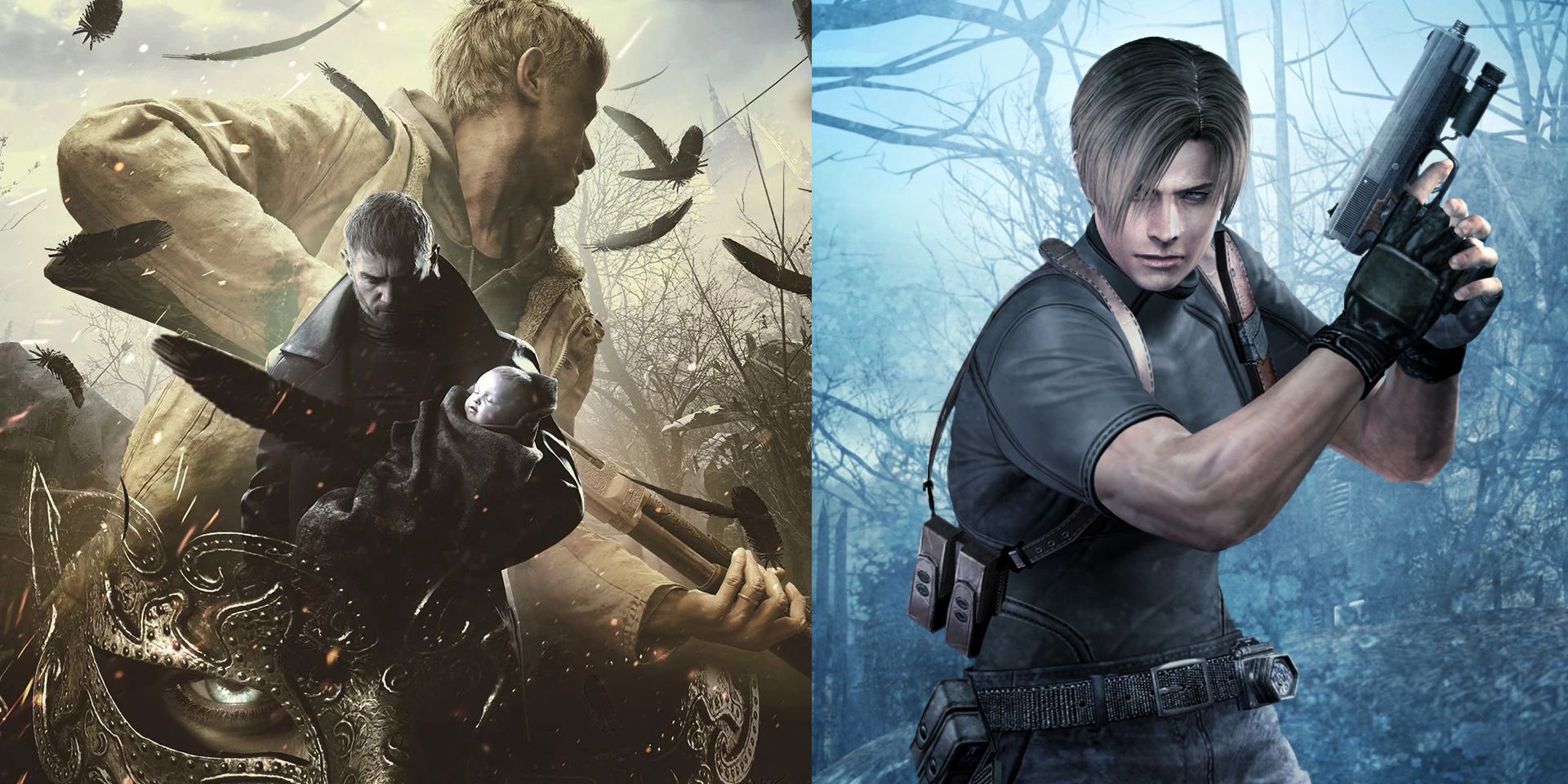 A survivor of a bioweapon outbreak must rescue a young girl by braving a secluded European village full of cultists infected by mysterious, body-altering pathogens; this description could easily refer to either Resident Evil 4 or the upcoming Resident Evil Village. There are many similarities between these two installments in the RE franchise, so if Capcom wants to make sure its newest survival horror game can stand on its own merits, it’s important the developer makes Resident Evil Village‘s plot, characters, and narrative themes distinct and divergent from those of RE4.

In RE4, Leon Kennedy, survivor of the Racoon City zombie outbreak, is sent on a top secret mission to rescue the U.S. president’s daughter, Ashley Graham, from a rural Spanish village whose residents – cult followers of a “Lord Saddler” – have been infected by worm-like parasites. In Resident Evil Village, Ethan Winters, survivor of a fungal bioweapon outbreak in a South Louisiana mansion, is trying to rescue his baby daughter from a village in Eastern Europe whose inhabitants – worshippers of a “Mother Miranda” – are being ravaged by a plague that turns people into werewolf-like beasts. Resident Evil Village is also shaping up to be a more action-packed title than its predecessors, just like RE4, with an experienced protagonist more determined and capable of taking the fight to the biological horrors he faces.

Capcom has clearly embraced the games’ parallels, as seen in Village NPC The Duke, a purveyor of weapons and supplies similar to RE4’s mysterious Merchant. At the same time, Resident Evil Village seems to have a more twisted, ambiguous plot than Resident Evil 4, with feuding clans of immortal nobility, sympathetic village members trying to stay alive and human, and the whole “Chris Redfield shoots the main character’s wife” subplot. To further distinguish it from RE4, Village could take the following approaches.

Resident Evil Village Can Be Less Cartoonish Than RE4

Resident Evil 4 has many over-the-top moments, with melodramatic villains straight out of a James Bond movie and a snarky action hero recruited to rescue the president’s daughter. Like most works of horror, Village will probably have a few moment of comic relief and humor to give players a break from all the tension and terror. Even so, RE Village can distinguish itself from RE4‘s more cartoonish aspects by keeping its storyline serious and more personal in scope. After all, protagonist Ethan isn’t trying to save the world or stop a bio-weapon outbreak; he’s trying to rescue his baby from an eerily villainous alliance of old-world aristocrats.

RE Village’s Villains Could Have More Interesting Goals Than RE4

From Resident Evil 2‘s ”zombie virus as military weapon” and RE4‘s “kidnap and infect the president’s daughter” to Albert Wesker’s “Complete Global Saturation“ in RE5, the schemes of Resident Evil antagonists have generally been cartoonishly evil and pointlessly destructive. The Resident Evil Village antagonists seen in the game’s trailers and demos are certainly eccentric and grandiose in their own right (the statuesque and vampiric Lady Dimitrescu being a prime example thereof). The aristocratic demeanor, antiquated garb, and apparent agelessness of these antagonists, however, suggests they are less interested in ruling or destroying the world and more interested in preserving their control over the lands and people they already rule.

Why do the antagonists of Resident Evil Village want to get their hands on Ethan’s daughter, Rose? As the child of two parents infected by, then cured of a biological contagion, does she have special traits they need for their evil plans? Or do they simply see Rose as another “monster,” fit to join their local menagerie of vampires, lycans, and mutants? Just as Ethan cares more about rescuing his daughter than he does saving the world, Mother Miranda and the other antagonists of Resident Evil Village may have goals that are smaller in scale than Resident Evil 4‘s – and more relatable the average player.

Next: Resident Evil Village: Why Does Chris Shoot Mia?

A Chicago-based Writer, Author and freelance translator. Looking to prep his readers for the next renaissance or apocalypse, whichever comes first.

Write and publishes web fiction under the pseudonym Aldo Salt on Inkshares.com.

Anna Nicole’s Daughter Dannielynn Not Interested in Movie, Modeling Offers
Justin Bieber Rocks New Hairstyle Proudly on Dinner Date with Hailey
French crime drama Time is a Killer coming to Walter Presents
Madonna and Boyfriend Attend Her Son’s Soccer Match
Fearless trans woman murdered after gun shot to the back. She was buried under her deadname