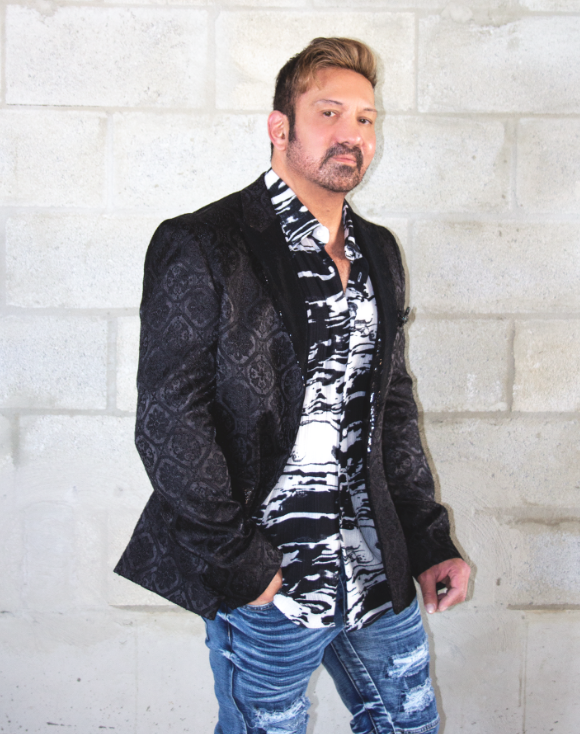 “Yesterday’s News” kicks off Rob Alexander’s third album Dream Out Loud with an irrepressible bounce. It has an inviting mood, without question, but some may be dissatisfied with the brittle slashing guitar chords, but I believe it dovetails into the song’s overall demeanor. Alexander’s vocal tone has its own unique flavor unlike many in modern pop music but strikes enough of a familiar note that listeners won’t be repelled. He exudes authority, as well, without ever impressing personality on the performance in ham-fisted fashion.

It’s a strong first example of Gabe Lopez’s production touches. The title track is difficult to forget thanks to how longtime Elton John guitarist Davey Johnstone’s guitar work commands your attention from the outset. It’s notable how his playing is full of flair yet maintains a minimalist focus throughout the release. “Dream Out Loud” captures the exuberance behind its message without ever overplaying. “Instant Sex” has plenty of the expected allure while eschewing the guitar-centric approach heard during the title cut. The light touch of its percolating rhythms carries listeners throughout the track and the bass provides a strong heartbeat.

“A Song to Get Us Through” echoes Elton John without ever imitating him. The lyrics are the album’s best, in my view, Alexander treats them with the appropriate gravitas. Rejecting hamfisted melodramatics complements the piano playing and the assertive snap of the band’s drumming punctuates the track. He incorporates light theatrics into the track “Love Will Find You” but it never undermines the song’s musical legitimacy. The delicate mood he achieves with this smoky late-night Latin blues never feels plotted out but spontaneous and full of longing.

He invokes Elton again in full cinematic mode with the gem “Angel and Johnny”. The rich storytelling qualities, however, belong to Alexander alone and never suffers in the older artist’s shadow. His phrasing never embraces the same unbridled heights we hear prime Elton scale but it isn’t a flaw. Alexander establishes a skillful distance between his voice and the listeners that allows him the opportunity to tug on listeners’ emotions at will.

“La Flambeau” occupies a niche all its own. This should have real horns underpinning Alexander’s vocal but it’s nonetheless an outstanding change of pace. Its herky-jerky arrangement generates surprising momentum as the song evolves and his vocal boasts considerable brio. Dream Out Loud’s finale “Game Over” expands on the near-showtune theatricality present in the earlier “La Flambeau”. Some may say Alexander’s true stylistic originality rests with songs like this rather than the album’s earlier forays into pop and balladry. Others may hear too much self-consciousness here. I believe it’s a daring and individual exclamation point concluding the release.

His third album builds on the merits of the first two studio releases without ever betraying the attributes that brought him this far. Rob Alexander is an adept juggler; he keeps several balls in the air through Dream Out Loud that less dexterous performers fumble. Some of these cuts may resist easy transition into a live setting but something tells me he’ll figure it out.

18 Of The Best Men’s Khaki Pants To Complete Your Wardrobe (Updated 2022)
‘Hocus Pocus 2’ – Disney+ Sets Sequel for September 30, 2022!
How To Grow A Moustache Your Dad Would Be Proud Of
Travis Scott Nike Drop Gets Over 1 Million Entries in 30 Minutes
The three best celebrity memoirs of the summer