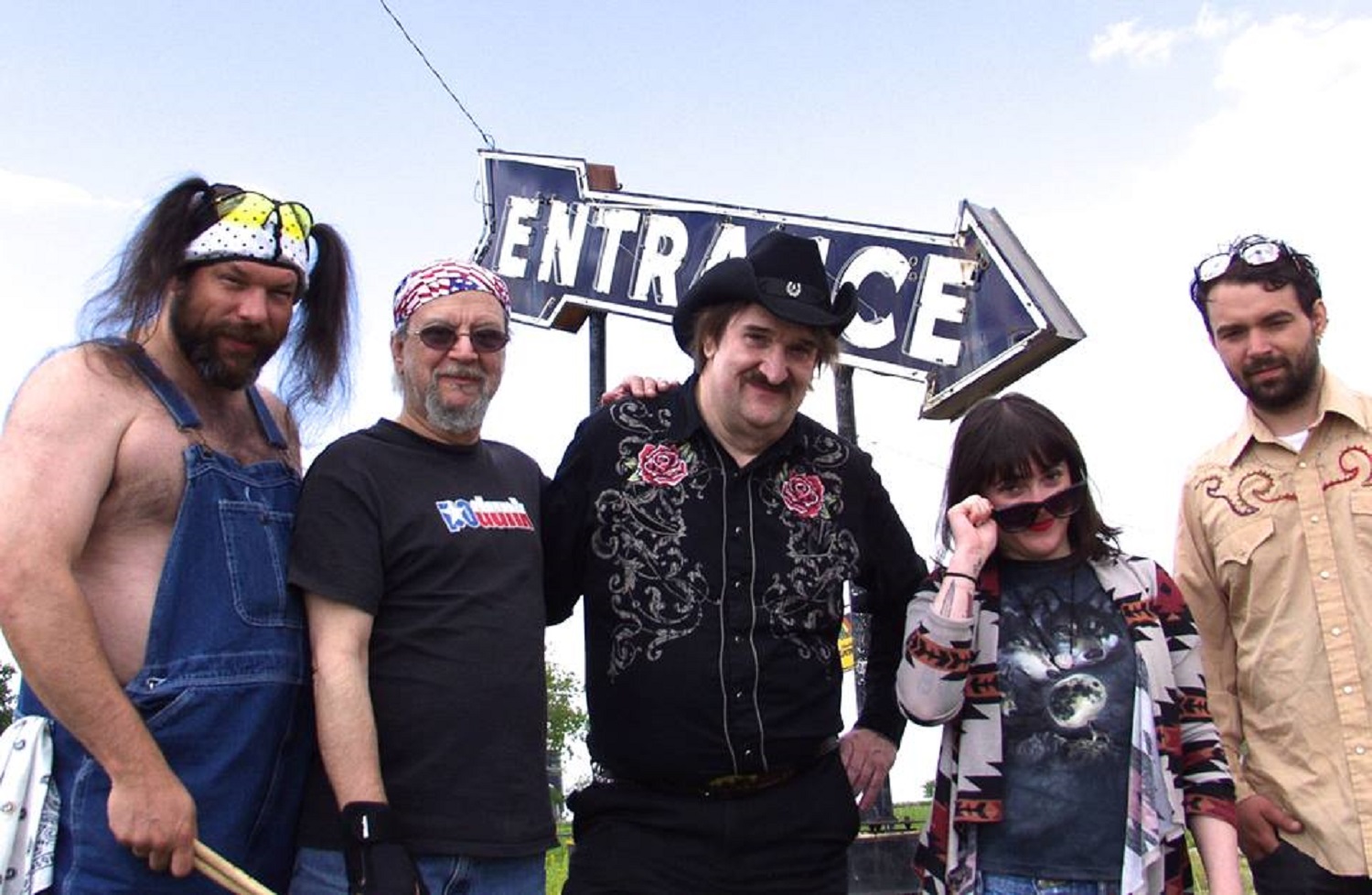 After hearing Get Hammered, your answer to the question, “who is your favorite Cow Punk band?” is destined to be, Jesse And The Hogg Bros. The Texas based band has taken a glistening genre, and given it a more robust identity. Their new full length EP, the aforementioned, Get Hammered, has every right to be considered one of the definitive Cow Punk efforts in modern history. Jesse And The Hogg Bros began as a Country Cover Band, and in 2009, they released an album of original material, that would go on to be deemed as Cow Punk. Occasionally, these spontaneous monikers don’t last, but in this case, it did, and honestly, it’s a fair assessment of the band.

For all of the cultural satire on Get Hammered, “Black And Blue” is actually a straightforward Country and Western ballad. At 5:07, it’s the longest track on the record, but you are never longing for it to end. In fact, “Black And Blue,” would probably have potential as a single, if not for its length. Treat me right/I’ll treat you bad/because the past has made me sad. That lyric is as honestly poignant as it gets, giving Jesse And The Family the platform to show a more thoughtful side.

“The Hammer,” and “Texas Hammer,” appear to be slightly different variations of the same song. Both sound like they were written specifically for a wrongful injury commercial. Not sure if anyone in Jesse And The Hogs is currently practicing Law, but there’s not much backstory to this one. Some might consider such additions as filler, but you could also argue these songs add depth and variation to the record. While not standout tracks, these two are short and catchy enough to prevent the temptation of the skip button.

“America” is exactly the kind of song you would expect from Jesse And The Hogg Bros. Judging by title, alone, you might get the initial impression of some sort of patriotic agenda, contained within the piece. In reality, “America” is simply an ode to the band’s once quite abundant touring schedule. The group has stated that they hope to tour in support of Get Hammered. Likely due to the pandemic, you get the impression that “America” is a heart pouring sentiment to all that was lost, during that period, and the burning desire to reacquire it.

It’s harder to not enjoy Get Hammered, than to dismiss it for all of its imperfections and lack of PC. Jesse And The Hogg Bross exist, because they are a product of the very audience they aspire to entertain and represent. Simple living is the operative concept here, and Jesse and Family are quite aware that a sense of humor is mandatory to get through trying times. Billy Crystal recently referred to comedy as a minefield, and it’s a little odd that wanting to make people laugh, has to come with an unspoken disclaimer. Thankfully, Jesse And The Hogg Bros, aren’t afraid of the punchline.

Harry Styles Flies In Yellow Costume As He Shoots New Video In the UK
Snapchat’s New Crying Face Filter NOT Inspired by Amber Heard
Madonna releases 3D model of her vagina giving birth as NFT art
‘Night of the Living Dummy II’ Turned Slappy into a ‘Goosebumps’ Icon [Viewer Beware]
On the Radar: It’s time to wake up