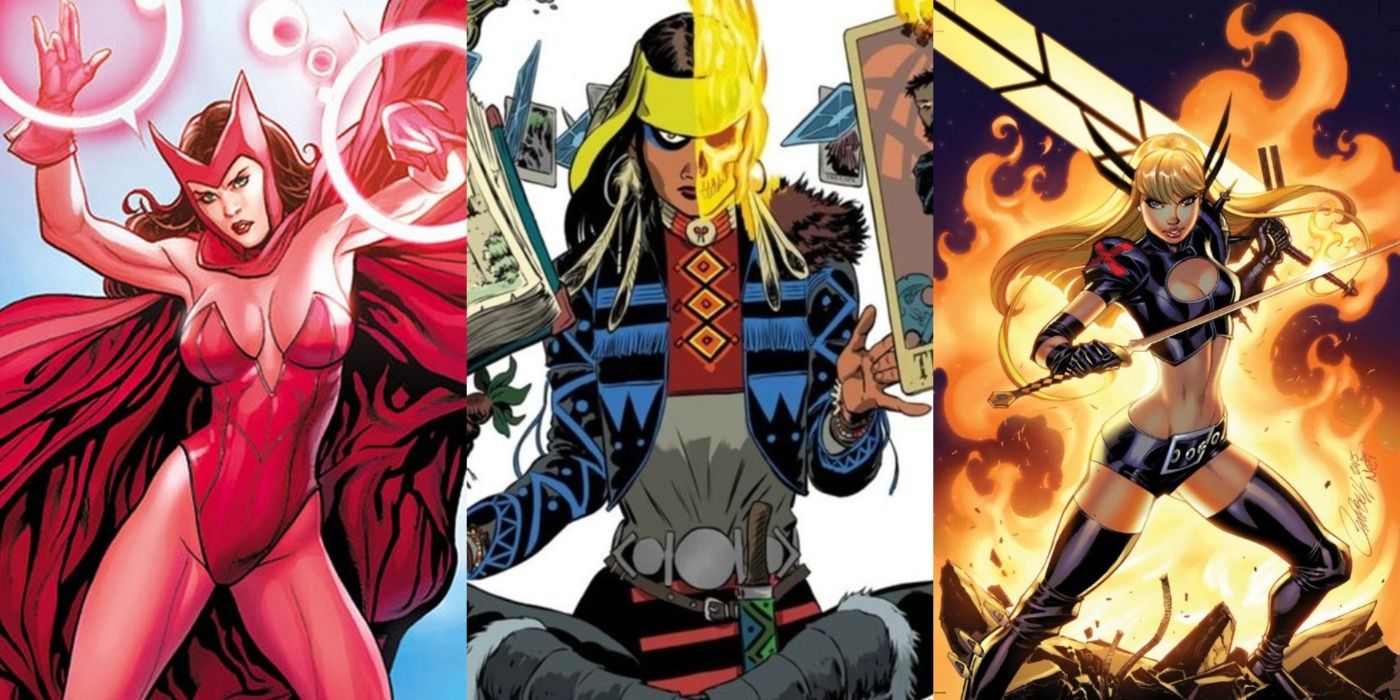 Marvel Comics is killing off Doctor Strange – but who will be his replacement as Sorcerer Supreme? Marvel recently released a teaser image warning of “The Death of Doctor Strange,” a rather surprising move given that the character is about to return to the big screen in next year’s Doctor Strange in the Multiverse of Madness. Naturally, all attention is currently focused on the question of just what will happen to Marvel’s most powerful mystic – but the real question is just who will replace him as protector of this plane of reality.

The truth is that Doctor Strange has always lived with a crosshairs on his back. To be Sorcerer Supreme is to be Earth’s first line of defense, battling against all the magical threats that would conquer or destroy the universe. Worse still, the position is coveted by those who are unworthy of the title, meaning every Sorcerer Supreme is subject to constant challenge. This is why Doctor Strange is Marvel’s darkest hero, because he doesn’t exactly have a long life expectancy. In Savage Avengers #11, Strange saw the tragic fate that befell one of his predecessors, and took the time to wonder how his own story would end.

Related: Doctor Strange is The Only Person Loki Can Never Trick

Doctor Strange seems to sense something dark is coming, something that will need all Earth’s sorcerers to work together against it. That is why he has founded Strange Academy, where he is working with this world’s other mystics to train the next generation. But if the Sorcerer Supreme is about to die, who will take his place? There are three major options.

The first possibility is Wanda Maximoff, the Scarlet Witch. Wanda was born into a magical bloodline and was cursed by the Elder God Chthon, granting her the power of Chaos Magic. At its most basic level, Scarlet Witch uses this power to project hex bolts and affect probability; but her true potential lies in the manipulation of reality, and she has been able to rewrite all of creation at will. This was best demonstrated in 2005’s “House of M” event, which culminated in Wanda’s depowering the vast majority of the world’s mutants with just three words: “No more mutants.” More recently, Wanda’s powers have expanded to allow her to control “the energy of the Earth and womankind,” the force feared and suppressed by men for generations.

Scarlet Witch would work well as Marvel’s next Sorcerer Supreme, not least because that would establish a fascinating synergy between the comics and the MCU, where Elizabeth Olsen’s Wanda Maximoff is due to play a major role. She’d be a very different Sorcerer Supreme to Doctor Strange in the comics, though, because she taps into a vein of magic he cannot access; the energy of the Earth and womankind, the Chaos Magic linked to Chthon rather than the power and blessings of the Vishanti. She might just be what the Marvel Universe needs to see off the threats Strange senses are coming.

Another option is Kushala, the Demon Rider. She was an Apache warrior who lived in the 1800s, and who was possessed by the Spirit of Vengeance after her tribe were slaughtered by U.S. soldiers. She traveled the country seeking a way to remove the curse, but was unable to find it; still, over the course of her life she accumulated enough mystical knowledge to earn the position of Sorceress Supreme of her time. That is particularly impressive given the Ancient One was still alive at that time, and yet Kushala’s power and knowledge outstripped his. Kushala was transported to the present day, and Marvel seem to be quite focused on developing her as a character right now; she appeared in a short story in the Marvel Voices: Indigenous Voices one-shot, and is due to star in an “Era of Vengeance” event launching in August. This would be the perfect time for Kushala to reclaim the mantle of Sorceress Supreme, once more standing in defense of this plane of reality.

The third most likely possibility is the X-Men’s Magik, already Sorceress Supreme of the dimension of Limbo. The younger sister of Colossus, Illyana Rasputin was kidnapped by the demon Belasco when she was only a child. Although the X-Men rushed to her rescue, time passes differently in Limbo, and she had aged to the form of a teenager who was master of dark magic. The original Illyana died, but she was resurrected by dark magic, her splintered soul gradually reformed. Magik’s power has grown exponentially over the years, and at one point she studied under Doctor Strange, learning to master her magic rather than allow the sorcery of Limbo to overwhelm her. The two have become friends and allies, with Strange calling upon Magik for help against Kulan Gath in Savage Avengers, and recruiting her as one of his staff at Strange Academy. This means she’s at the heart of the mystical community, and it’s not difficult to imagine Magik being accepted as Strange’s replacement. Although she has a reputation for not playing well with others, Magik is one of the few mutants to have been able to put their history with Scarlet Witch behind them.

There would be a certain degree of symbolism to Magik becoming Sorceress Supreme, because the mantle would be passing from a human to a mutant – fitting with the symbolism and themes developing in Jonathan Hickman’s current X-Men range. This would potentially make Magik the most intriguing of these three possible replacements for Doctor Strange, because she would have to figure out her competing identities – a Krakoan Captain, a mutant who is forbidden to take human lives, and a Sorceress Supreme whose decisions are made on behalf of an entire dimension. The character arc would be a fascinating one, and it would transform Magik into a hero who has finally transcended the X-Men books – which is just what she deserves.

Doctor Strange may be destined to die, but it’s clear he has no shortage of potential successors. These three are the most likely candidates, and any one of them would be a force to be reckoned with in the Marvel Universe – not to mention a very different Sorceress Supreme to Doctor Strange. Scarlet Witch is probably the most likely of the three, simply because that would be a smart synergy with the MCU. But, of course, it’s safe to assume whoever takes over won’t be in the job for long; these are superhero comics, after all, and death is something of a revolving door. We’re entering a fascinating new era in the Marvel Universe, one that will begin with the death of Doctor Strange, but will inevitably end with his return.

Tom Bacon is one of Screen Rant’s staff writers, and he’s frankly amused that his childhood is back – and this time it’s cool. Tom’s focus tends to be on the various superhero franchises, as well as Star Wars, Doctor Who, and Star Trek; he’s also an avid comic book reader. Over the years, Tom has built a strong relationship with aspects of the various fan communities, and is a Moderator on some of Facebook’s largest MCU and X-Men groups. Previously, he’s written entertainment news and articles for Movie Pilot.

A graduate of Edge Hill University in the United Kingdom, Tom is still strongly connected with his alma mater; in fact, in his spare time he’s a voluntary chaplain there. He’s heavily involved with his local church, and anyone who checks him out on Twitter will quickly learn that he’s interested in British politics as well.