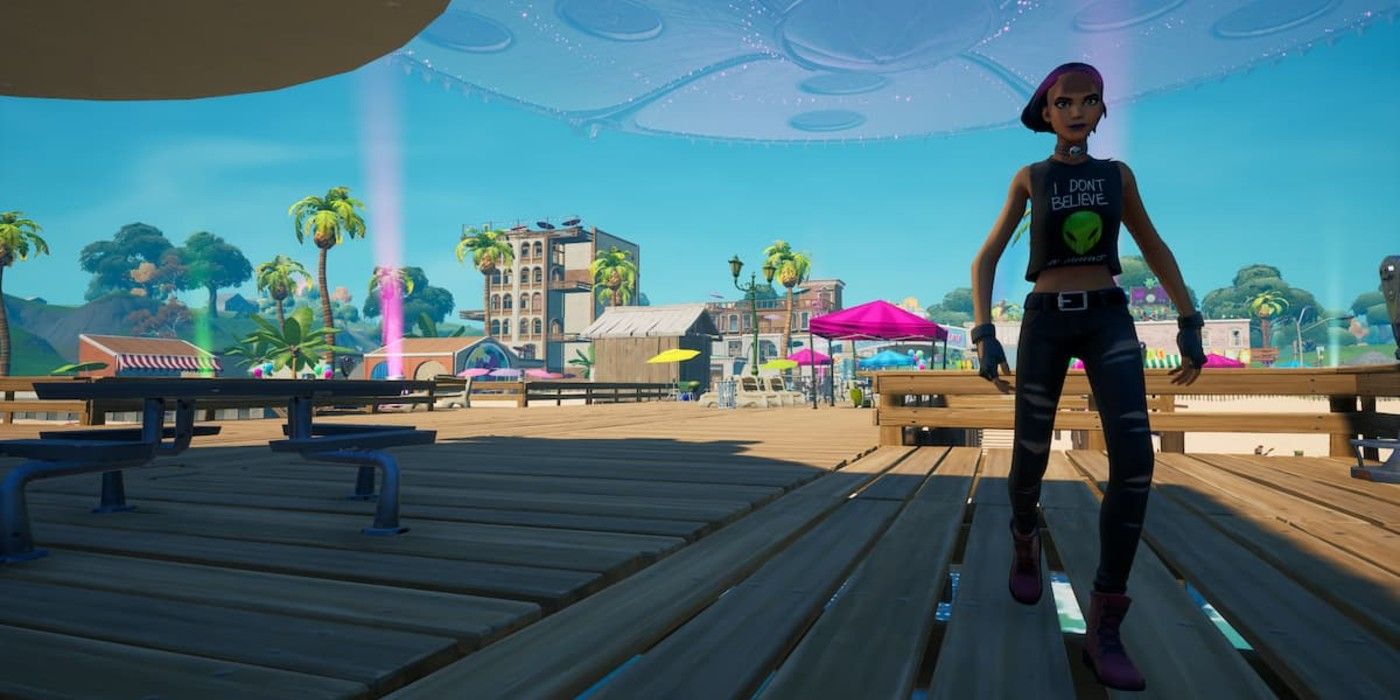 The highly anticipated alien Invasion has begun in Fortnite Season 7, bringing new locations, NPCs, and futuristic items to the island. Players can already begin earning XP toward their Battle Pass by completing Epic and Legendary Quests. The Fortnite Season 7 Battle Pass works differently from past seasons, further incentivizing players to earn as much XP as possible to keep leveling up. During Fortnite Season 7, earning enough XP to level up will reward players five Battle Stars. They can use Battle Stars to unlock this season’s Battle Pass reward cosmetics in nearly any order. The best way to earn XP is still to complete Quests from the various NPCs located around the island. One Week One Quest tasks players with meeting three out of five of the new and returning NPCs: Sunny, Abstrakt, Dreamflower, Riot, and Bushranger.

Related: How to Defeat Dr. Slone in Fortnite Season 7

Similar to Fortnite Season 6, each NPC has a wandering range but will generally stay within the same general area. Players will see a speech bubble with three dots on their minimap when they get close to an NPC, and speaking to them often grants free items like Bandages or Nuts and Bolts for upgrading. Unlike the last two seasons, NPCs in Season 7 are sparsely distributed around the map, which may make it more difficult for players to speak to more than one or two per match. Here’s where to find Sunny, Abstrakt, Dreamflower, Riot, and Bushranger on the Fortnite Season 7 map.

Where to Find Sunny, Abstrakt, Dreamflower, Riot, and Bushranger in Fortnite Season 7

To complete this Fortnite Season 7 Week 1 Epic Quest, players will need to find and speak to three out of five NPCs on the map: Sunny, Abstrakt, Dreamflower, Riot, and Bushranger. Each character’s location in a typical match appears below:

Players should note that Riot will become aggressive toward the player and attack first. They will need to defeat him to speak with him. The easiest three characters to speak to in a single match are Sunny, Dreamflower, and Bushranger, as they are relatively close to one another and will not attempt to fight the player. After talking to three of the five listed NPCs and listening to their thoughts about the alien invasion, players will earn 45,000 XP toward their Fortnite Season 7 Battle Pass.

As with any Fortnite quest, players may have an easier time in Team Rumble Mode. Despite Epic Games’ recent changes to Team Rumble Mode, it still remains one of the better modes to use when focusing on quests. Players will respawn upon being eliminated in Team Rumble and will have access to more materials to build structures, jump off, and glide to the next NPC on their list.

Before ‘The Suicide Squad’ – ‘Tromeo and Juliet’ Set the Blueprint for James Gunn’s Absurd Humor and Lovable Characters
Read the Obamas’ Condolence Letter Sent to Biz Markie’s Widow
J Lo Gets All Up in Ben Affleck’s Lap While Eating Out in Italy
Asexual gamers explain why representation in games is so vitally important: ‘I’m not broken for once’
T.I. Says He Was Arrested in Amsterdam After Bike Incident with Cop