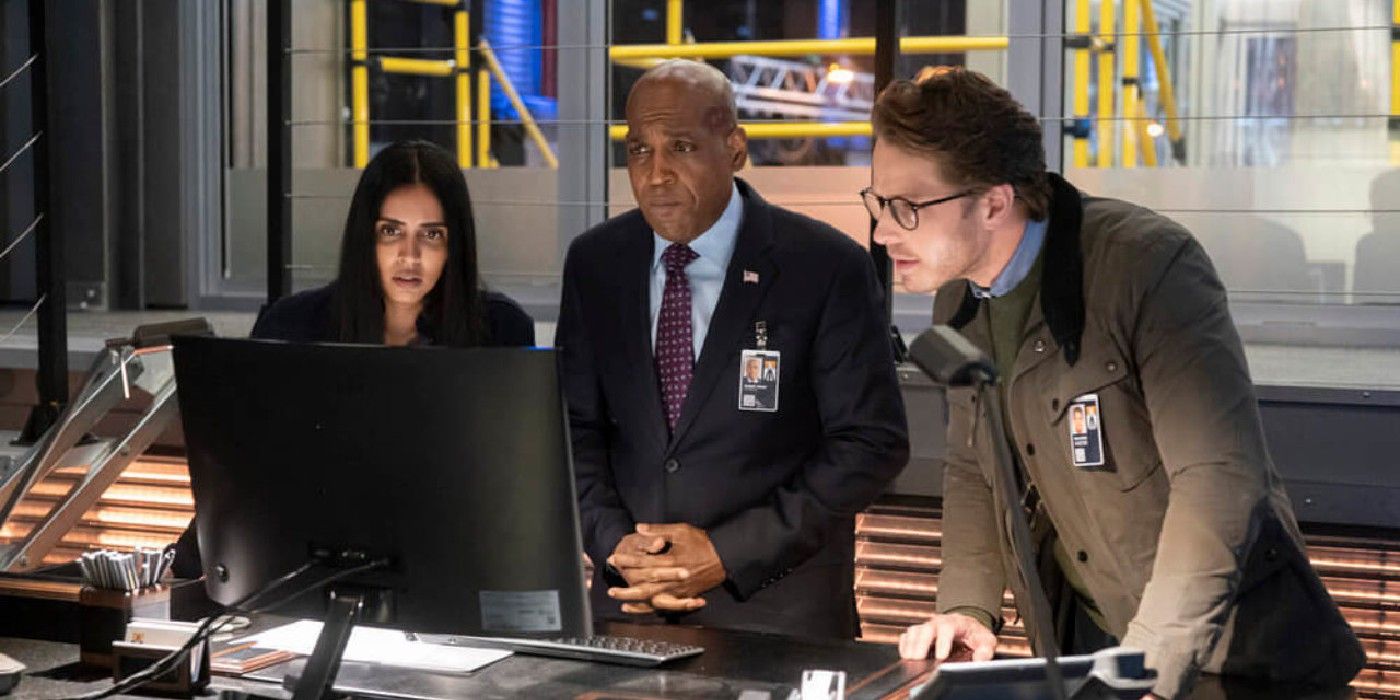 Manifest season 4 might happen after all, and it could be on either NBC or Netflix. The paranormal drama began in 2018, plunging viewers into the compelling mystery of Flight 828. Manifest begins with passengers touching down in New York after a relatively normal flight, only to learn that to the rest of the world, they’ve been missing for five years. The series initially earned strong ratings that propelled it to various renewals over the years; Manifest season 3 just aired this spring and left several dangling cliffhangers in its wake. However, mere days later, NBC cancelled it due to diminished viewership.

As has become common practice for unceremoniously cancelled shows, fans rushed to save Manifest with hashtags on social media. The series was shopped to various streaming services, with Netflix emerging as a major contender. Hopes for a Manifest renewal faded after a week, though, when Netflix passed on the show. At the time, series creator Jeff Rake vowed to get closure for fans, even if it took years and took the form of a Manifest movie. Now, there’s a chance he might not have to wait so long.

Related: How Manifest’s 2-Hour Movie Could Properly End The Story

According to Deadline, the powers that be are taking another look at Manifest. NBC has started up talks once again with the show’s studio, Warner Bros. TV, about possibly renewing it for season 4. Additionally, Netflix has also resumed talks with the studio, and they are said to be picking up momentum. In the case of the former, the confirmed cancellation of Good Girls and the passing on pilot Law & Order: For the Defense have opened up spots on NBC’s fall schedule and in their budget, perhaps paving the way for Manifest to find a way back.

For Netflix, the series has become a major performer since the first two seasons arrived on the service in June. Manifest nearly beat the record for longest time spent at #1 on Netflix’s daily top 10 list, and it recently debuted to huge numbers on Nielsen’s streaming chart. There are some matters complicating a Netflix deal, largely when it comes to international distribution. However, Netflix has done this before with Lucifer, so there is a path forward if an agreement can be struck.

This news will bring back a glimmer of hope for the Manifest fans who have stuck by the show in the weeks since its cancellation. It isn’t impossible for a cancelled show to see a resurrection like this, but it doesn’t happen nearly as often as audiences would like. This doesn’t mean Manifest is for sure coming back, but renewed talks on two different fronts are positive signs. Manifest fans haven’t given up, and those in charge are taking notice. Time will tell if these efforts pay off.

Loki’s MCU Multiverse is Crazier Than You Thought
Related Topics

Rachel LaBonte is a news, feature, and movie review writer for Screen Rant with a deep passion for film and television. A graduate of Emerson College, she majored in Media Arts Production while specializing in screenwriting. She’s been a writer ever since high school when she realized she was rather good at it and joined as many entertainment news clubs as she could while in school. Most notably, she wrote for Emerson’s website Emertainment Monthly, and one of her film reviews won an Evvy (Emerson’s student awards) for Best Review. Her deep love of movies led to her working at a movie theater for five years, which she loved despite the angry customers. An avid reader who constantly buys books before reading the ones she already owns, Rachel is a huge fan of superheroes (especially of the Marvel variety) and wizards and will likely never be able to catch up on all the movies/TV shows she longs to watch.