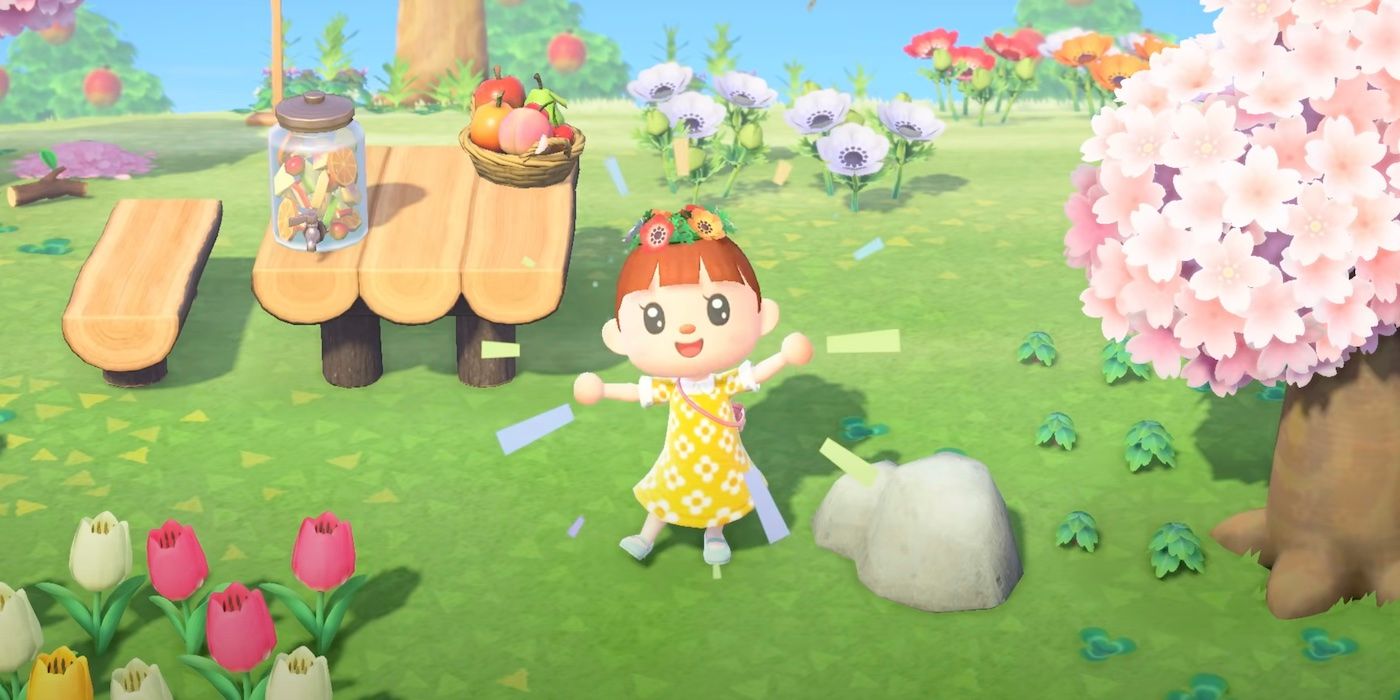 Clothing customization is one of Animal Crossing: New Horizon’s most unique gameplay features. Players can use codes or scan QR codes to download personalized designs from other players, as well as make their own design ideas come to life by using the “Custom Designs” or “Custom Design Pro Editor” listed in the Nook Phone menu. Players have made admirably detailed fashion pieces in Animal Crossing, such as Claude von Riegan’s outfit from Fire Emblem: Three Houses or Jedi robes from the Star Wars movies. As a result, it’s no surprise that some might feel inspired by these custom mechanics and try to execute clothing designs in real life.

Related: What Animal Crossing Players Can Expect In August 2021

Reddit user sushifan123 is a seasoned seamstress with eight years of sewing under their belt, and indicated that they have made other clothing inspired by Animal Crossing in the past. But their most recent creation is an A-line dress using a fabric decorated with colorful Animal Crossing motifs, such as cherries, fishing rods, and a handful of different ACNH characters. The user categorized the dress as Lolita style, a Japanese fashion subculture inspired by Rococo-period European clothing, and explained that the entire undertaking took “a week or so of continuous work, plus a couple weekends after that.”

The Animal Crossing details do not stop at sushifan123’s patterned fabric. The crocheted collar is held together by three buttons shaped like the game’s iconic green leaf logo, often seen representing unrevealed items in New Horizons. The Reddit user also included two more leaf item buttons on the back to secure a bow accessory made out of the same fabric as the dress. Beyond the ACNH themes, sushifan123’s final product showcased their craftsmanship through additional details like two large front pockets and a crimped section down the center of the back.

Animal Crossing: New Horizons fans could be getting new content in future updates scheduled to release later this year, which hopefully means Nintendo will expand the game’s clothing customization features. For one thing, pants aren’t a clothing template available in the game, nor can players customize coats. As shown by sushifan123’s impressively detailed Animal Crossing dress, though, making ACNH-inspired clothing creations in real life could potentially satisfy those awaiting Nintendo’s impending updates.

Jane Shin Agler is a freelance Game News Editor at Screen Rant based in Chicago. She graduated from Oberlin College in 2020 and received her master’s of science in journalism from Northwestern University’s Medill School of Journalism in 2021. Ever since she played Age of Mythology and Pokémon FireRed as a child, she became smitten with games — and she cannot believe how lucky she is now to combine such a hobby with her job. You can find her on Twitter @jshinagler.