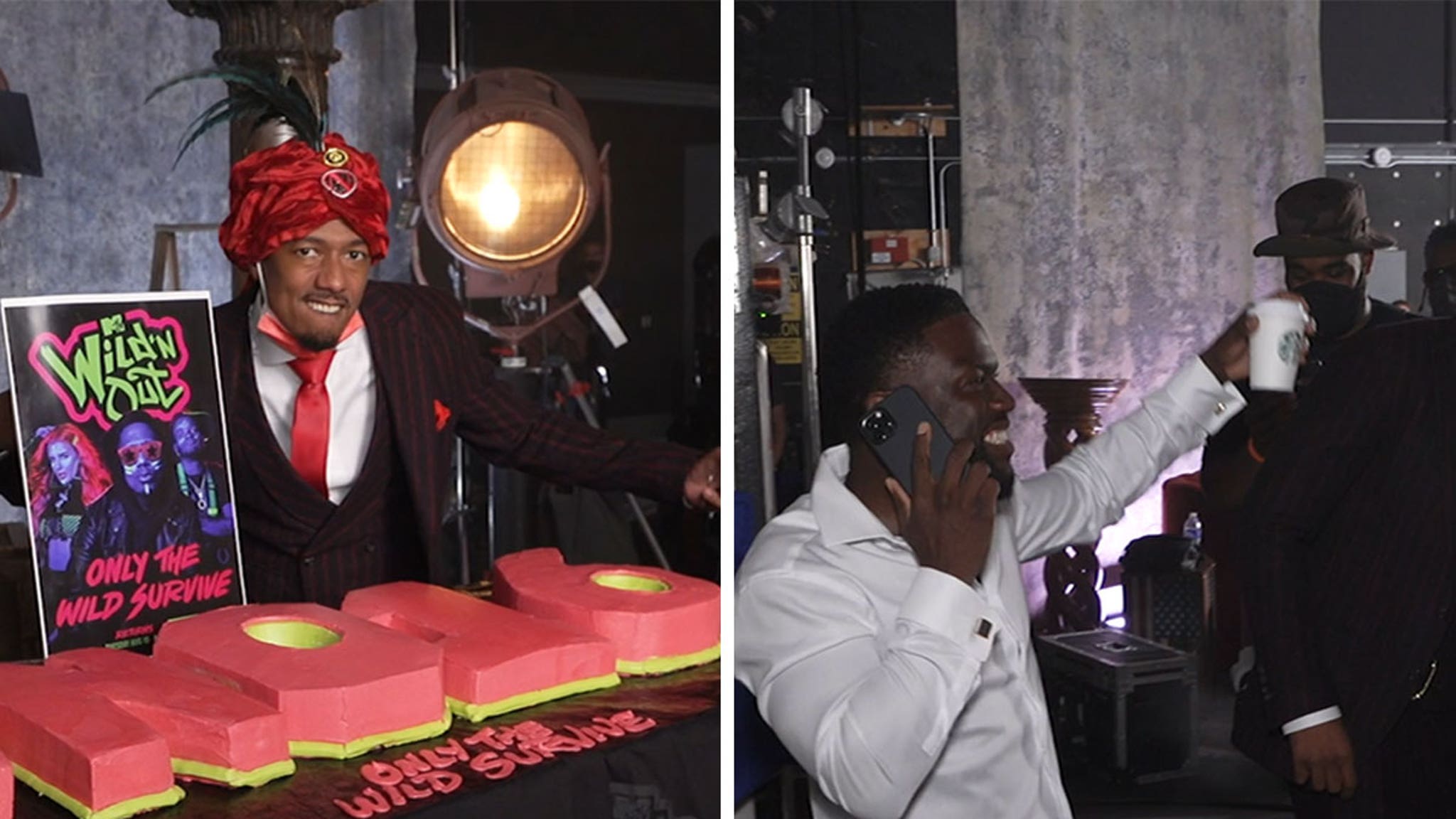 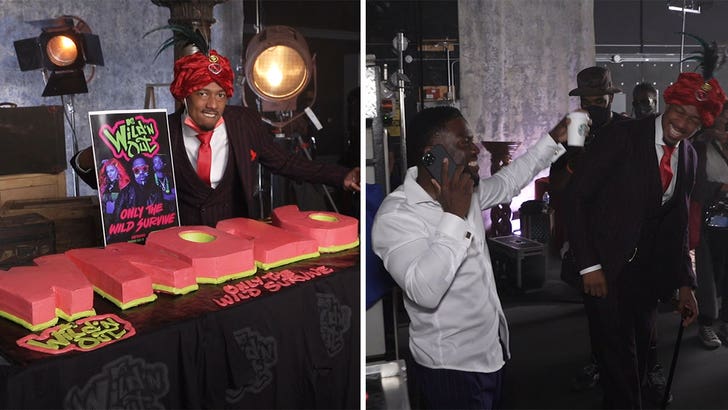 Nick Cannon and Kevin Hart are celebrating Nick’s return to hosting “Wild ‘N Out” after ViacomCBS fired him over anti-Semitic remarks — and all the bad blood’s been replaced by some sweet-ass cake!

Nick’s back to his old job, and with season 16 returning to TV sets Tuesday night, Monday called for a special celebration … complete with a surprise for NC!!! 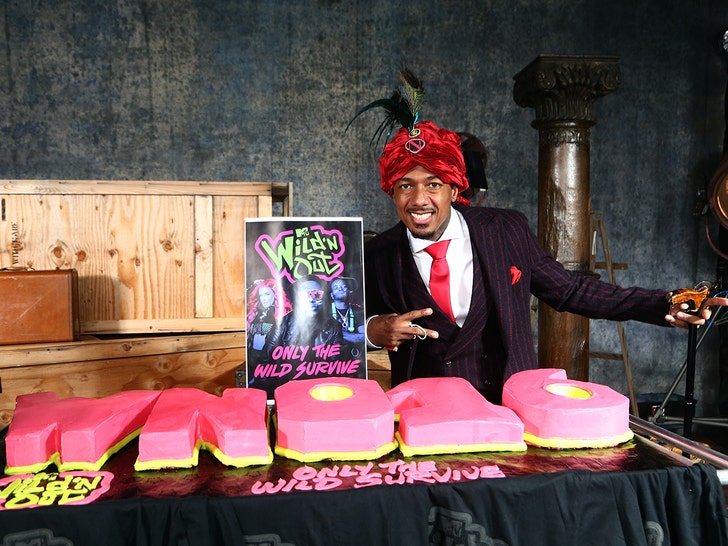 As you can see, Nick was totally caught off guard when production wheeled in a huge custom cake and folks started singing.

Nick, dressed in a suit and red turban, made a short speech … and Kevin hilariously tried to take credit for the surprise, even though he struggled to understand the cake’s design.

It’s clear there are no lingering hard feelings about the controversy that led to Nick’s 2020 firing.

Remember … Viacom booted him last July after he made anti-Semitic remarks on his “Cannon’s Class” podcast, but got his job back in February after apologizing and getting an education from Jewish leaders.