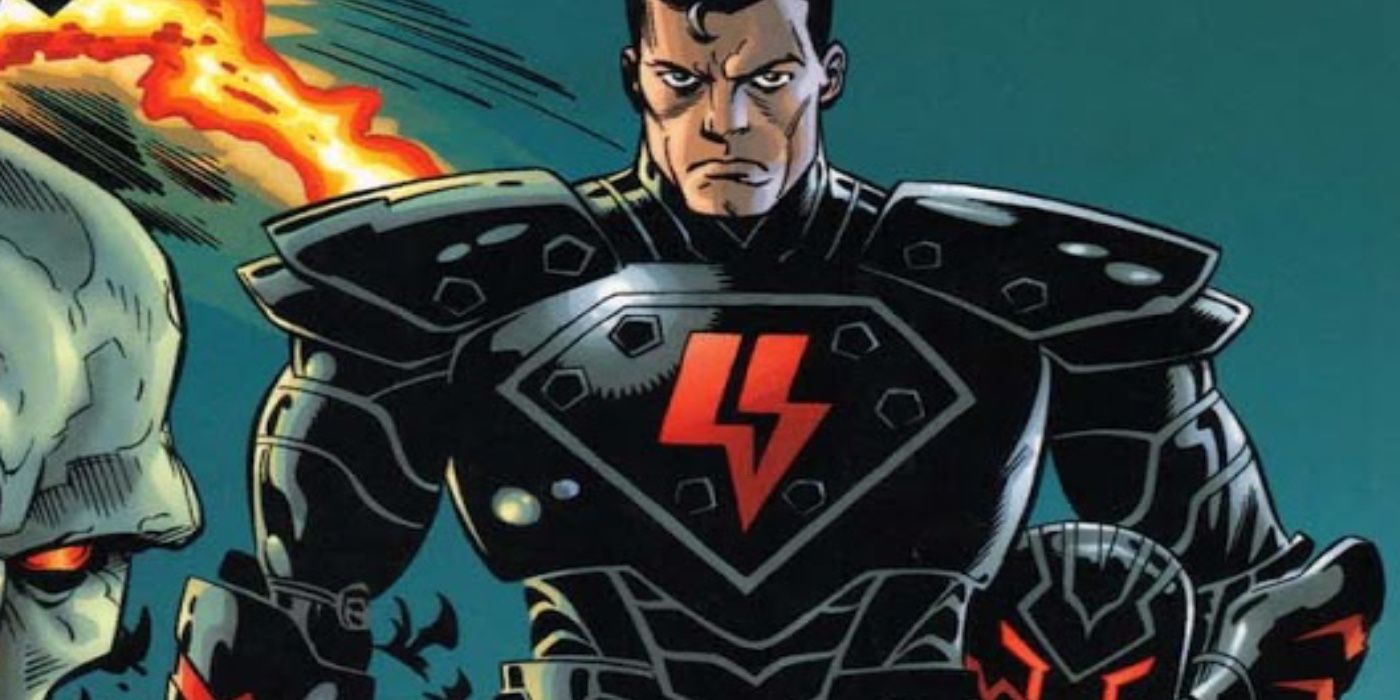 Superman got his coolest costume after his rocket was found by Darkseid! For most of his 80-plus years of existence, Superman’s outfit has stayed the same, with a few tweaks here and there, but in the three-issue miniseries Superman: The Dark Side from 1998, Darkseid gives the Man of Steel a full set of demonic armor. The miniseries was written by John Francis Moore with art by Kieron Dwyer.

Superman’s costume is iconic, and every superhero outfit since can be viewed as some variation on it; as mentioned earlier, the costume has stayed the same for most part since the character’s introduction in 1938. There have been a few exceptions over the years, most notably the “Electric” Superman of the late 1990s, which then spun into the Superman Red/Superman Blue story.  Around the same time, DC published a line of titles called Elseworlds, which cast some of DC’s most iconic characters in new and different ways; for example, in one world, Superman’s rocket was found by Martha and Thomas Wayne. These stories provided for fun and unique takes on the original, and in Superman: The Dark Side, Kal-El’s rocket is found by none other than Darkseid, the Lord of Apokolips himself!

Related: Black Adam & Superman’s New Friendship is Only Getting Stronger

The story begins to unfold as it always does: Jor-El and Lara send their infant son to Earth, but just as the rocket enters Earth’s atmosphere, Metron of New Genesis teleports the rocket to Apokolips. Darkseid takes possession of the infant, raising him in secrecy to be his secret weapon, and to that end Darkseid gives Superman his most bad-ass costume ever. As Apokolips is not under a yellow sun, Superman has no powers. Instead of a cape and tights, Superman now wears black and red battle armor, complete with a fearsome helmet and a sword. The “S” logo also appears in a corrupted form on the armor.

Superman serves Darkseid until he is transported to Earth. There he learns of his true nature, renounces Darkseid and leads an army against him. The book ends with Kal-El adopting a more traditional, Superman-style suit. Yet the image he cuts in the armor Darkseid created for him is truly horrifying. Readers see everything good about the Man of Steel, even his logo, corrupted by Darkseid. Superman is not the type to hide his face behind a mask, or a helmet, but under Darkseid’s influence, that is just what he does. The “S” logo is twisted to resemble the symbol of the SS, the stormtroopers of Nazi Germany; this is perhaps the most disturbing sign of Superman’s corruption by Darkseid.

Superman’s costume is known by comic fans and the general public the world over, but in an alternate reality he was given his most awesome costume by Darkseid—his greatest foe.

Next: Darkseid’s Legacy Means That Even Dead, He’s Just as Dangerous

Shaun Corley is a pop culture enthusiast living in the Pacific Northwest. After stints in both customer service and academia, he’s turned his attention to writing about comic books–his lifelong passion. He is a graduate of Radford University, with a degree in English. When not reading comics, he enjoys spending time with his fiance and their dog.

Gogglebox stars left in tears watching Heartstopper’s Nick sharing first kiss with Charlie
Archbishop’s shameful attack on same-sex marriage voted down by bishops in emotional showdown
‘Kind’ trans man shot dead by girlfriend in tragic murder-suicide. His name was Ray Muscat
Gunna Got Family and Business Affairs In Line Before Turning Himself In
“What We Do in the Shadows” Season 4 Premieres on July 12th!