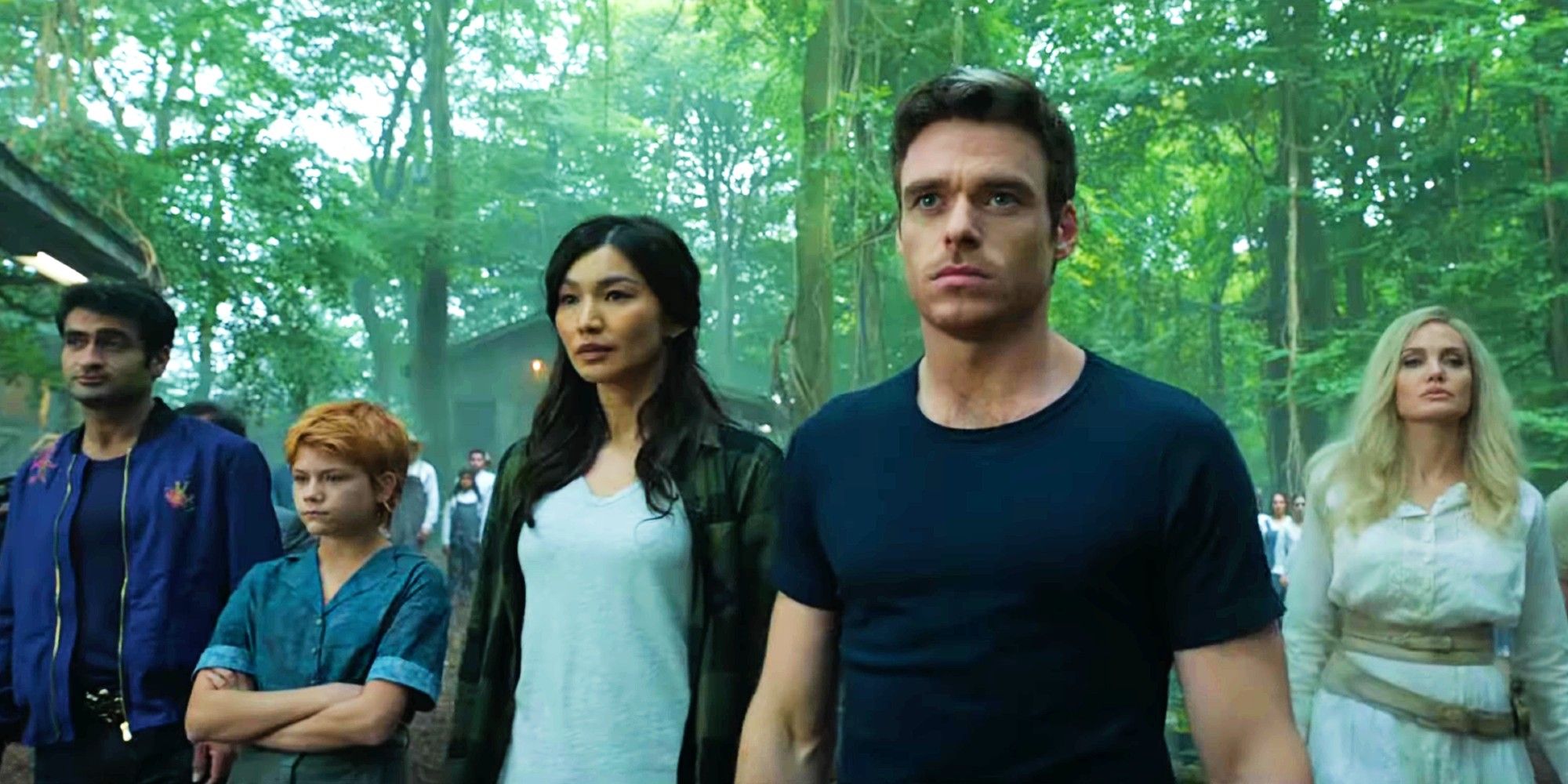 Marvel chief Kevin Feige won’t yet confirm whether Eternals will be getting an exclusively theatrical or hybrid streaming release on Disney+. The upcoming Phase 4 epic will introduce a new team of immortal superheroes to the MCU. Directed by Oscar-winner Chloé Zhao (Nomadland), Eternals is due to be released on November 5.

While the film was originally intended to premiere in 2020, Eternals became yet another victim of production delays and shutdowns caused by the COVID-19 pandemic. It was eventually pushed back to November 2021 as Marvel was first forced to restructure its release strategy, and then ultimately decided to replace it with Shang-Chi and the Legend of the Ten Rings as the second film in Phase 4. Like many films that have been released during the pandemic, however, Eternals carries the question of what type of release it will have: exclusively theatrical, streaming, or a combination of the two? Disney and Marvel committed to a hybrid release strategy for Black Widow in July both in theatres and on Disney+ Premier Access (resulting in a lawsuit filed against Disney by Scarlett Johansson). Shang-Chi, however, will receive an exclusive theatrical release in September. With COVID-19 restrictions easing across many countries in recent months and keen movie go-ers starting to return to the cinema, a theatrical release for Shang-Chi seemed to make more sense for Marvel. However, with increased concern over the Delta variant and box office numbers back on a downward trajectory, this may not pay off. Early box office predictions suggest the film could have the lowest opening weekend for an MCU film since The Incredible Hulk in 2008.

Related: Why Eternals Has Been Pushed Back In MCU Phase 4 Plan

In an interview with Variety at the Shang-Chi premiere on August 16, Kevin Feige responded will a vague “we will see” when asked what kind of release Eternals will be getting in November. While the Marvel president said that a theatrical release would be the “preference” of both he and director Chloé Zhao, Feige didn’t confirm a definite strategy. Feige’s comments suggest that Marvel may be waiting on the box office numbers from Shang-Chi before committing to an approach.

But while the film is set to be a star-studded and action-packed epic built for the big screen, the COVID-19 pandemic still weighs heavily on film releases for the foreseeable future. With many people still opting for home viewing over a crowded theatre, and with the fall and winter periods coming up (which health experts are concerned may bring an uptick in COVID cases in the northern hemisphere) films like Eternals may have no choice but to offer a streaming option. Just as Feige said, viewers will have to wait and see.

Next: Shang-Chi’s Theater-Only Release Is Hypocritical After Disney’s ScarJo Response

Tess is an editor for Screen Rant’s Movie and TV News sections. Originally from Sydney, Australia with a background in journalism and television production, she is now based in London. Tess graduated from the University of Sydney with a degree in Media and Communications and a double major in Film and American Studies, inspiring her to pursue an editorial career in all things movies and pop culture.

Her claim to fame is that she once met Matt Damon on an escalator.