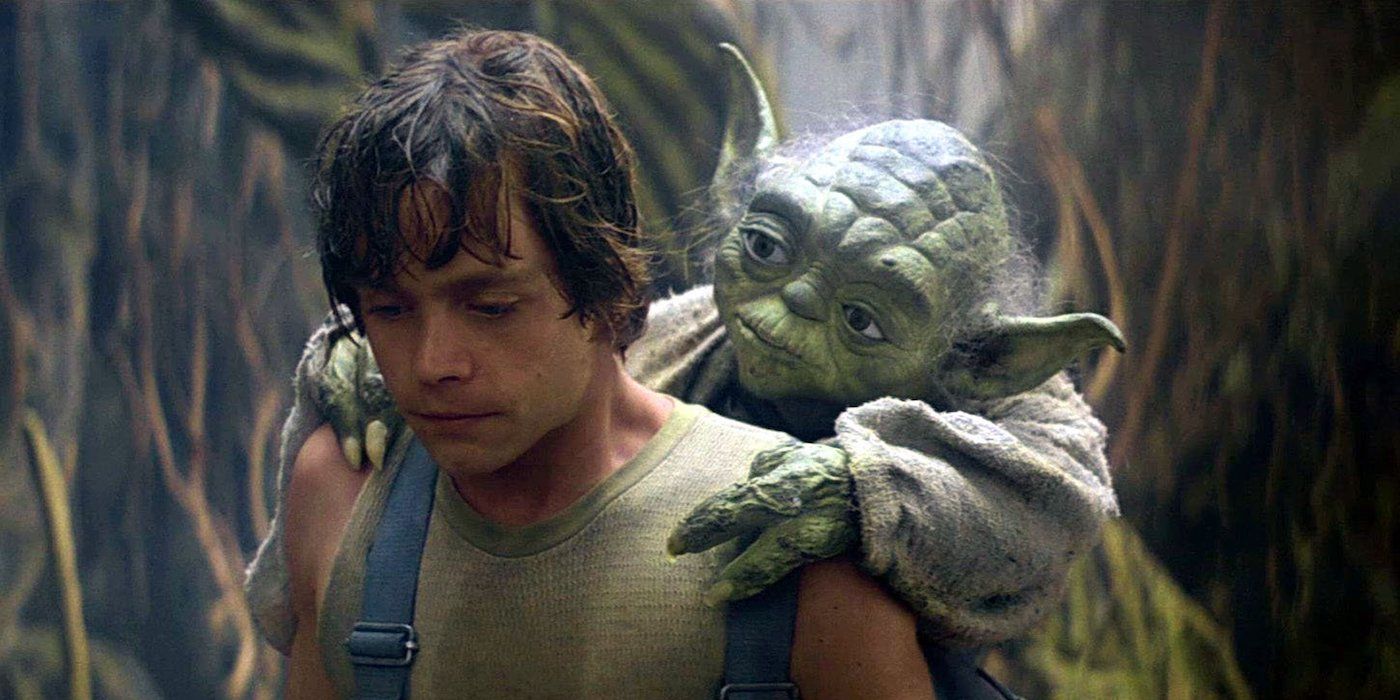 Mark Hamill just revealed a fun piece of The Empire Strikes Back trivia in a behind-the-scenes Star Wars image. While on the planet Dagobah and receiving advanced training in the ways of the Force from Master Yoda, Luke Skywalker is confronted with a vision of Darth Vader. Luke quickly uses his new Jedi training to slice off Vader’s head only to find his face inside Vader’s broken helmet.

The classic scene comes at a pivotal moment in Luke’s training. Encouraged by Yoda to enter the cave, Luke is confronted with his greatest enemy, himself. Before entering the cave, Luke believed Vader was his worst foe, but after having the Force-induced vision, he realizes that his greatest fear is the possibility of him joining the darkside and becoming a Sith. Additionally, the scene can also be seen as foreshadowing Vader’s epic reveal of Luke being his son. The famous scene is a dark moment in the story, however it seems that Hamill had some fun with it.

Related: Star Wars: How Much Time Passes In The Empire Strikes Back

In an image posted to Hamill’s Instagram page, he reveals a new piece of Star Wars trivia that happened behind the scenes in The Empire Strikes Back. In the image description, Hamill explains that the famous Dagobah cave scene was shot using his real head poking up into the helmet from under the stage. Hamill shares two photos in the post, the first showing the shot from the movie, and the second showing a BTS shot of his smiling face in the helmet. View the image below:

Evidently, this isn’t the first time Hamill has poked fun at himself through his social media accounts. Such as when Hamill recently shared the original trailer for The Empire Strikes Back through Twitter and followed it up with a tweet asking fans to “please ignore the part where I make a move on my sister.” Ever the jokester, Hamill has also used his Twitter account for more Star Wars jokes, such as when he re-tweeted a 3,300 year old claw from Museum Archive by saying, “Excuse me, but I recognize a Rancor’s hand when I see one.” Hamill’s quick wit and love for his work has continued to remind fans why they love Star Wars so much.

While Hamill’s Instagram post above is funny, it’s also a very interesting piece of behind-the-scenes trivia that most do not know. The use of practical effects, like the one Hamill points out, is one of the reasons why films like The Empire Strikes Back still hold up to this day. Hamill may be a jokester, but his love and dedication to the Star Wars franchise couldn’t be more real.

John Deloss is a freelance entertainment writer for Screen Rant, having just recently joined the team. A California State University, Fullerton graduate with a B.A. in English, John is an aspiring writer hungry to make a name for himself — emphasis on hungry. When he’s not behind a keyboard, you can find him out on the trail backpacking, or at home brewing beer.