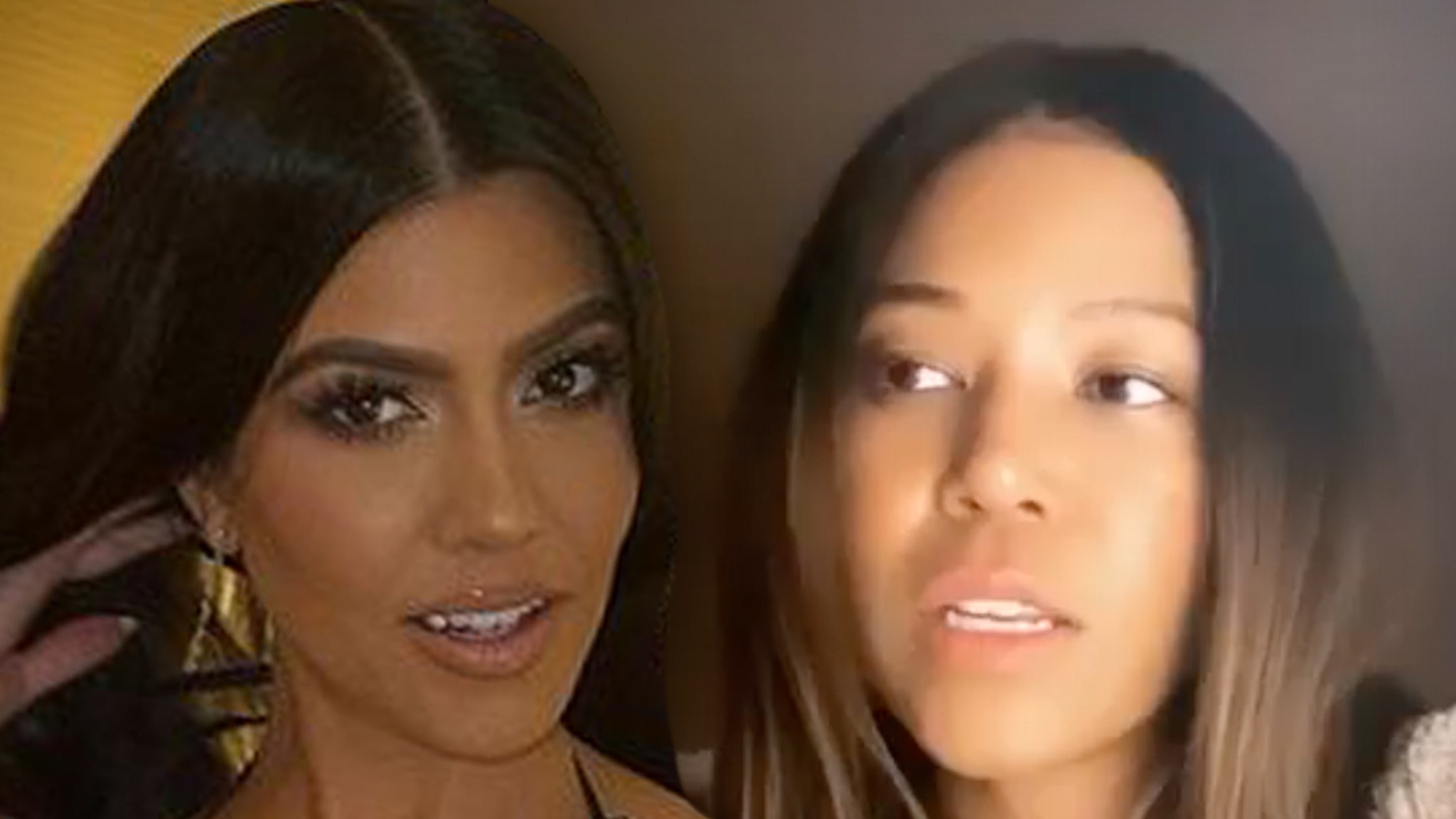 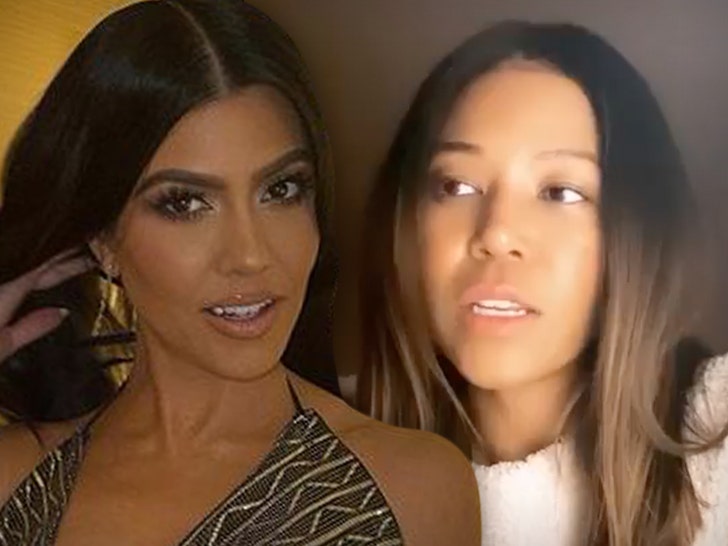 Amerie was jokingly compared to a Kardashian sister — and despite the obvious playful intent … the internet is NOT playing when it comes to this side-by-side.

A tweet went viral Saturday, with a user posting Amerie’s 2005 music video for her hit single “1 Thing,” which was featured on the “Hitch” soundtrack back in the day. His caption is what set all the outrage off, writing … “Kourtney Kardashian had the block hot with this hit.” 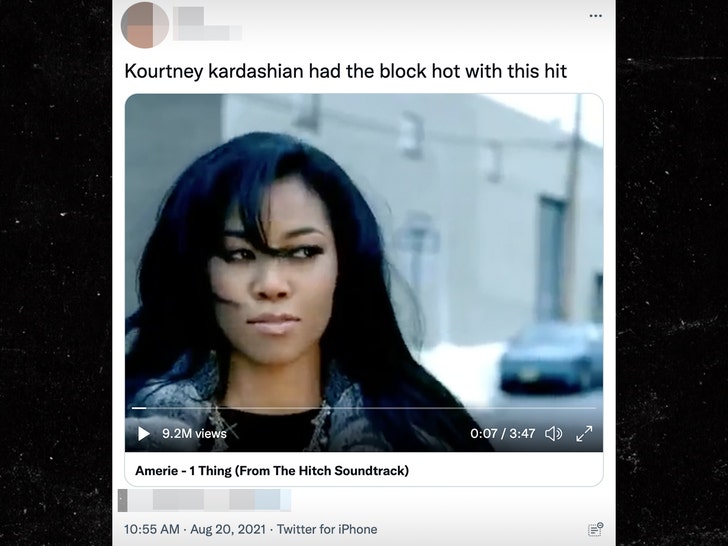 Pretty innocent, right??? Eh, apparently not … folks were jumping down this dude’s throat in fierce defense of Amerie, with a lot of people echoing the same sentiment … namely, don’t do her like that. And, by that, they seem to mean … don’t compare her to a Kardashian.

Of course, you can see what the guy was going for — because, yes, in this specific video (and perhaps more generally) mid-2000s Amerie does, in fact, bear a passing resemblance to Kourt, especially in some of these shots. You might even call them doppelgangers. 🤷🏽‍♂️

Unclear what all the online hostility is toward the juxtaposition … but a lot of Twitter users seem to have found this “disrespectful.” There may be a race element at play — Amerie is Black, while Kourtney is white/Armenian. Plus, the Kardashians have a history of being accused of cultural appropriation — Black culture, specifically — so that might be a factor.

And yet, in spite of all the people who took this a little too seriously … some are taking it in stride and running with the joke — noting the two ladies have some striking similarities (especially when compared to young Kourtney). So, a mixed bag of reactions, it seems.

At any rate, the one thing people appear to agree on is this … Amerie was a major trend setter in her day, and apparently hasn’t gotten the attention/notoriety many believe she’s due.

She’s got four studio albums out, and despite reports in the early 2010s that she was working on a 5th, it never seems to have come to fruition — and Amerie kinda fell off the music scene after that.

That’s not to say she’s not doing anything productive these days. Amerie has quite a popular book club that she’s started — this after publishing a NYT bestseller herself — and she’s plugging along with that pretty nicely … plus, dealing with family life and her kids.