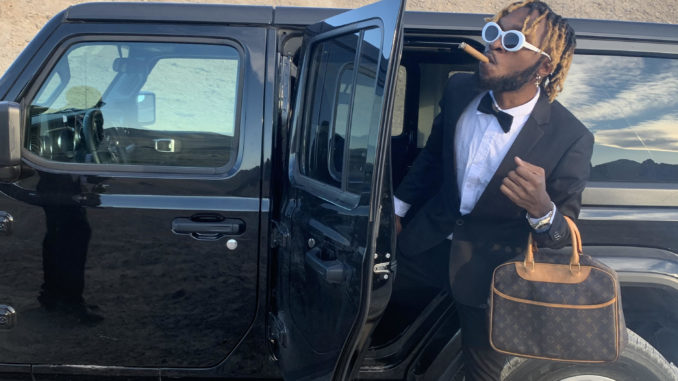 Vikki SOTA has the sort of backstory that makes a cynic like me rethink my point of view. Perhaps life really is what you make it. You can’t help but admire how SOTA, a product of a challenging upbringing, nevertheless worked day and night through college, moved on after that to open his own recording studio in the Los Angeles area, and owns other businesses as well. He remembers well growing up without. It has a different effect on different people. Vikki SOTA didn’t let his childhood grind him down, harden him, or become a crutch. It galvanized him into action.

You can certainly hear the results in his music. His successful single “Run Up My Bands” invokes a bevy of stylistic elements and it crackles as well with undeniably idiosyncratic turns.

He’s a powerhouse behind the mic and will only get better. The video released with the song shows that he’s a compelling force in front of the camera as well. His upcoming EP, Genesis, is highly anticipated by his fans and followers. SOTA promises this EP will be different from his other singles, and host a variety of songs ranging from hype-music to songs of gratitude.

He’s a one-man promotional machine. He’s been quite effective spreading his name far and wide via social media. Vikki SOTA’s skill using these tools is an unquestioned requirement in the modern landscape and he’s likewise fluent with promoting his businesses, such as Quality Sound Studios, over the internet. This level of engagement has been and will remain to be an integral part of his success.

He won’t forget who he is, where he came from, or what led him to where he is today. There is, of course, a considerable difference between pride and arrogance. SOTA understands his talents. He knows why he’s doing what he does and knows he’s good at it. It is important for him though to use those talents for something more than becoming fantastically wealthy or crossing over into television and film. He wants to provide others with opportunities he had to make for himself – not to do the work for them but offer them a forum where their voices may be heard.

His voice has and will continue to be heard. SOTA is making an impact on multiple fronts and it isn’t difficult to believe he will have a transformative effect on the scene and world around him. Rarely has poise, talent, and far-reaching insight come together so well in a young artist and entrepreneur. Vikki SOTA is an unqualified success story under any name and well worth following for many years to come.