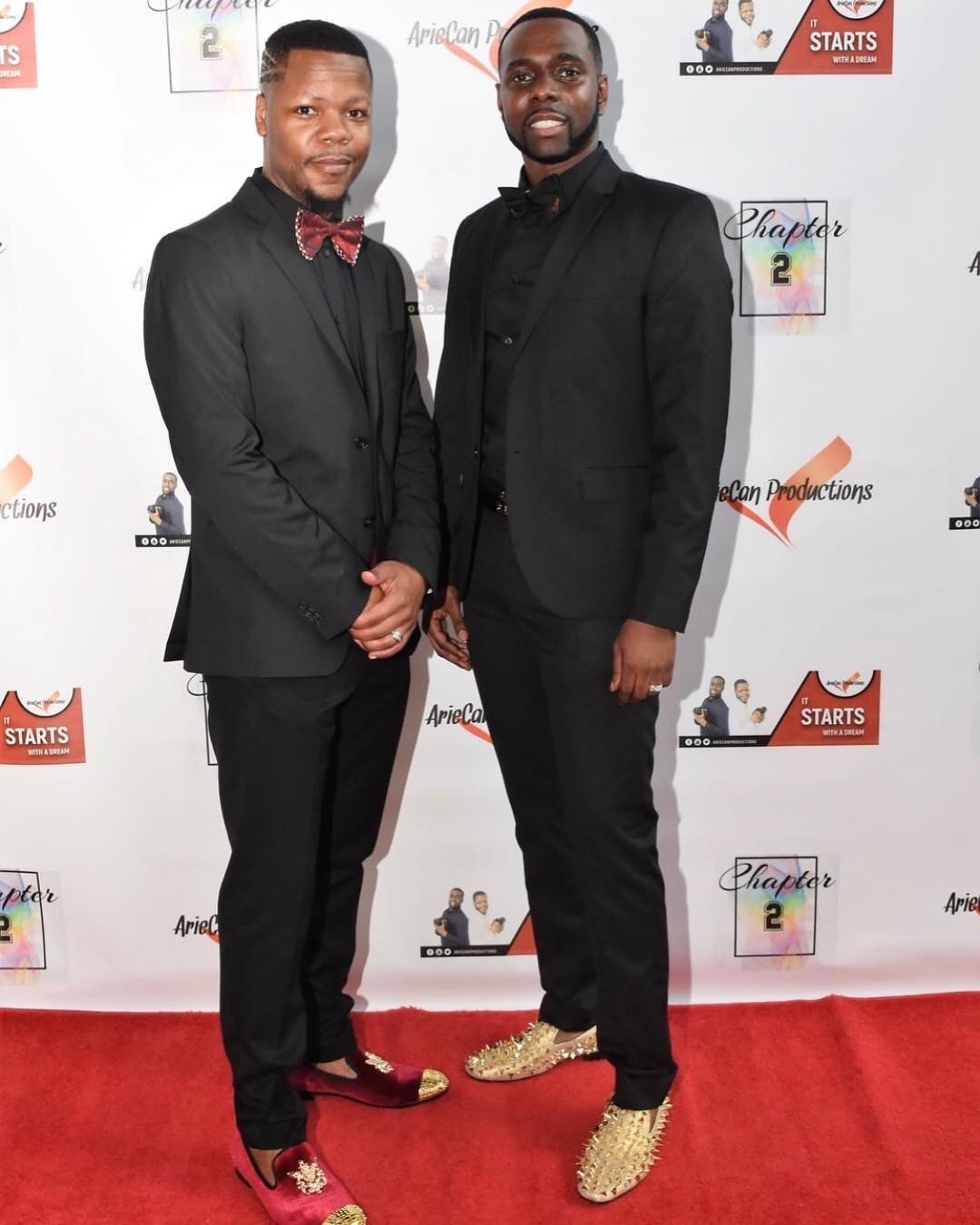 Big hello to Ariecan Productions – we are excited to meet you.

Hello to you too we’re excited and honored to meet you . Thank you for taking the time to do this interview with us.

I’m going to dive right into the good stuff. How did ArieCan Productions arrive here? What is your story?

It all started in late 2016 when we wanted to be extras in a web series we saw, and we kept reaching out. No one ever responded so we decided to create our own web series and just like that ArieCan Productions was born. We had no idea what we were doing lol we were self-taught with everything, but it all turned out great. And we’ve been hooked ever since.

What was the pandemic like for ArieCan in all aspects – production, creativity?

When covid first hit we literally just had our season 3 movie premiere of our first series called Chapter 2 in February. We were on a big high because we had big companies interested in working with us, we had deals on the table it was great.

And then March came and the whole country shut down. We were devastated because it was like ok, we’re finally getting our big break and then everything was gone. Production stopped and to be honest after months and months of being stuck in the house so did our creativity. Covid really gave us time to reflect on our company because we were so busy with filming, doing interviews and having meetings. We really didn’t have time to focus on anything else. But that down time was a blessing for us. We focused more on promoting our company and getting all of our business affairs in order.

What is an ideal day like for you guys on set?

Whew, lol filming days are crazy and hectic but in a good way. We’re always up early triple checking everything we check for all the props, scripts, equipment and making sure that we didn’t leave anything behind. Once on set we meet with our cameraman and go over placement for the scenes and we have a mini rehearsal with the cast. Once we hear “camera rolling” and either myself or Leonard says, “action” it’s pretty smooth from there. Sometimes our actors/actresses go blank, we all laugh, and the scene always turns out great. It’s a lot because we do everything ourselves, this is our first time ever having help, our new cameraman has been great.

Give us the deets on one actor or actress you are DYING to work with!

Whew, that’s a tough one because there’s so many but for me (Larry) I would say a collaboration with Tyler Perry would be awesome because our stories are kinda similar. He started on his own with no help and was forced to do everything himself and to see all that he’s accomplished is so inspiring. For me (Leonard) it’s Meryl Streep, she is PHENOMENAL. I absolutely love her and would love to have her in one of myfilms as an actress and collaborator. Her performance in The Devil Wears Prada was outstanding.

2022 is going by so quickly – would you be willing to share with us some of the goals that ArieCan is working toward?

The goal is to sign a multi-show production deal with a major network and to have ArieCan be a household name. And honestly speaking that’s becoming more and more a reality. We’re staying focused and will continue to put out great content. We just premiered two new shows (Dear Diary, a comedy and Secrets, a drama) in February to a sold-out movie theater here in Baltimore and it was a huge success.

What projects do you have coming up?

The reception was so great from the premiere we had so we decided to do a spinoff of one of the families in Secrets. That show will be premiering this fall. And in between filming Dear Diary and Secrets at the same time we squeezed in another show it was a secret show no one knew about. That show was pitched, and we have some big companies interested. Things are looking UP for ArieCan and we are so thrilled about it all.

Tell us something fun – if we were riding in the car with you who would be coming through your speakers? What are you listening to the most?

Oh wow, I (Larry) love R&B so you will hear anything from Whitney, Brandy, Monica, Kelly Rowland or Aretha just to name a few lol I listen to them every day. Well for me (Leonard) my absolute favorite artist is Beyonce so you would definitely be hearing a lot of her coming through the speakers, I can’t wait to meet her one day .

Now, let everyone know where to find you on socials and keep in touch.