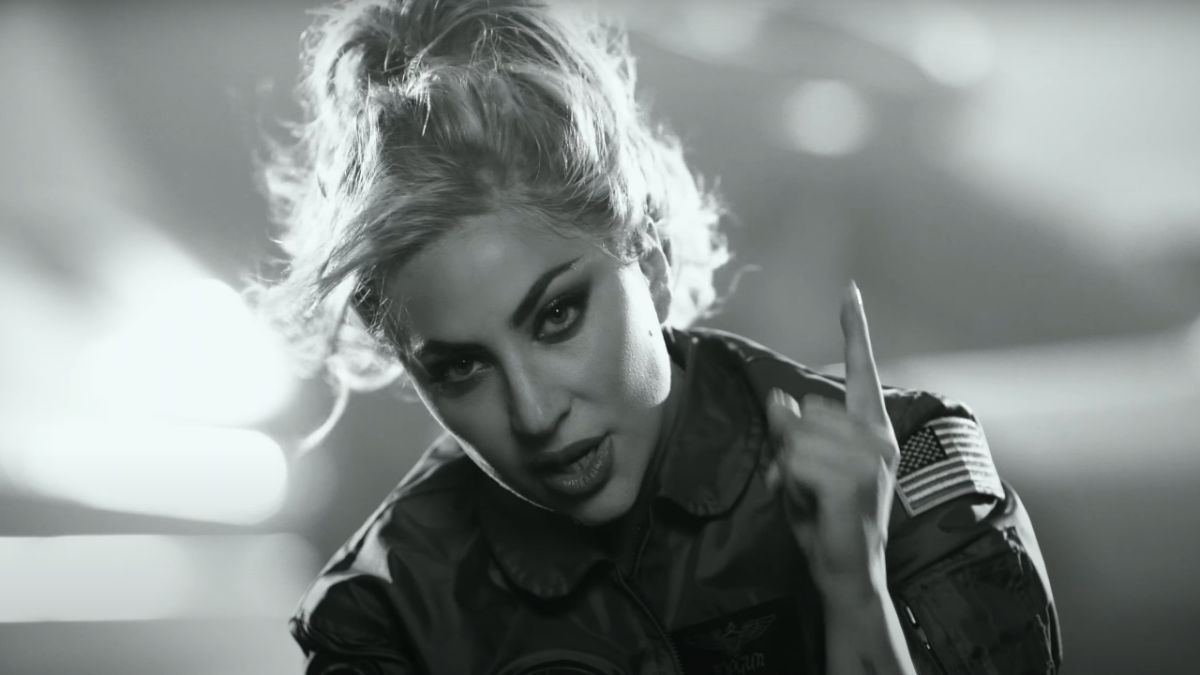 There was once a time when the pop ballad tie-in single was an essential ingredient to promoting your summer blockbuster. Pioneered by producers Jerry Bruckheimer and Don Simpson, films like Footloose, Flashdance, and even Top Gun would carefully construct soundtracks that moved records after putting audiences in seats. It seems only fitting that Top Gun: Maverick would resurrect this practice as it takes its place among the upcoming movies of 2022, and Lady Gaga’s song is boosted even higher with the return of an appropriately themed music video.

“Hold My Hand” seems to build its foundation on some very touching Tom Cruise flashbacks, as quite a few moments of Maverick and Goose’s friendship are on display. Showcasing that bittersweet storyline, alongside thrilling clips from Top Gun: Maverick, the good old days of MTV ready videos tying into massive studio juggernauts are back.

Tying it all together is footage of Mother Monster herself, rocking Maverick’s flight jacket and pouring her heart into her piano. You’re probably feeling the need for this Top Gun 2 video’s speed, so let’s not waste any more time. Here’s the official music video for “Hold My Hand”:

There’s a lot to talk about in here, besides the emotional weight of seeing Anthony Edwards’ Goose in archival footage from Top Gun. From a music video standpoint, a lot of loving nostalgia for the time when this was a standard practice shows. Directed by Maverick helmer Joseph Kosinski, “Hold My Hand” also lavishes Lady Gaga’s performance with a lot of love. Switching between black and white and golden tinged color, you couldn’t ask for anything more.

Most importantly, the Top Gun: Maverick music video further highlights Tom Cruise’s praise for “Hold My Hand,” and how important he feels this song is to the project. I must admit, when listening to the single upon its release earlier this week, I was a bit lukewarm on the results. After watching the music video, which sounds like it has an amped up sound mix, I’m now a believer that Lady Gaga and her new best friend really have created the movie’s “beating heart,” and those Goose flashbacks certainly helped.

Also, on the visual end, it looks like Joseph Kosniski has shot the video in both traditional and IMAX format. So maybe there’s a chance that premium format showings of the long awaited Top Gun sequel could include this as a treat? It’d be a waste not to showcase Lady Gaga, and the song she helped create, on the largest, loudest platform possible. Just ask IMAX CEO Rich Gelfond, who was one of many bummed out by Top Gun: Maverick made its final move into 2022.

Hopes are pinned upon Top Gun: Maverick’s theatrical release to be one of those cinematic events that draws audiences to the theater in droves. Tom Cruise, Joseph Kosniski, and now Lady Gaga have all done their part to sell that point, and it’s not hard to see why critics were wowed by the return of Maverick. All that has to happen now is for the finished product to make its way to the public, complete with “Hold My Hand” and its energy that challenges even the most iconic movie based pop ballads.

Combining a thrilling need for speed, as well as the emotional movement towards closure, Top Gun: Maverick will be landing at the movies on May 27th; so get your flight suit ready and report for duty! In the meantime, if you’re looking to revisit Top Gun, at the time of this writing it’s available to stream for both Netflix and Paramount+ subscribers.