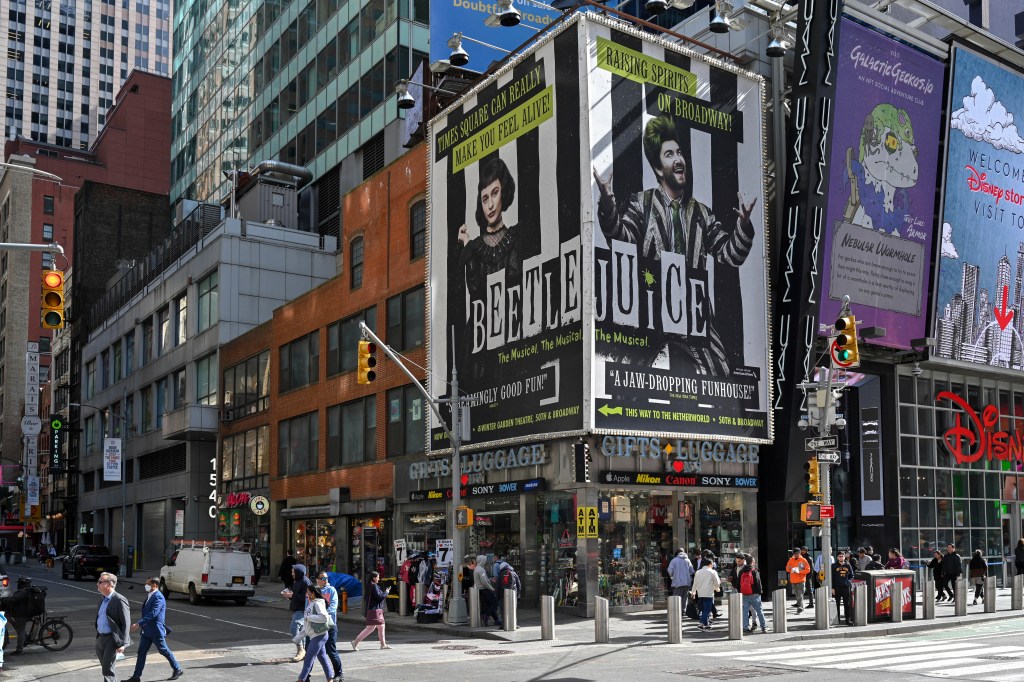 Broadway’s 2021-22 season – 10 weeks shorter than usual, plagued by Covid and the cancelations it caused, not to mention the tourists who didn’t show up – took a beating at the box office, with season-end numbers no less stark for being expected: The industry took in a total of $845,414,915 at the box office, down 54% from the the historic high of $1.829 billion set by the 2018-19 Broadway season (the last full season prior to the 2020 pandemic shutdown).

Figures compiled by the Broadway League released today indicate that total attendance for the season was 6,729,143, also down 54% from the 2019 record high of 14,768,254. Despite the year-to-year downturn, the percentage of available seats that were filled during the 2021-22 season was a solid 82%.

Some major caveats in a year-to-year analysis: The start of the season that came to a close on May 22 was delayed by 10 weeks due to the Covid shutdown, meaning the season was only 42 weeks long compared to the usual 52. When Broadway returned last August, production openings were staggered throughout the fall, and by early November just 30 of the 39 available Broadway venues were occupied (two venues were under construction).

Of the 42 weeks of the season, 16 included cancelled performance due to Covid, including the usually lucrative December and New Year’s holidays.

In all, a total of 56 shows played on Broadway during the 2021-22 season, including 34 new shows, 17 continuing shows, and 5 return engagements.

Nearly all of the shows saw at least slight increases in receipts over the previous week, perhaps still reflecting the recent Tony nominations glow. And only one production – Lincoln Center Theater’s The Skin of Our Teeth – canceled performances (2) due to Covid (the revival grossed $164,479 for six performances, filling about 44% of its available seats).

Continuing its upward trajectory following its 11 Tony nominations, A Strange Loop was up by $13,060 to $703,728, filling 90% of its seats. Other productions surpassing the 90% capacity mark were Aladdin, Funny Girl, Hamilton, Macbeth, MJ, Moulin Rouge!, Plaza Suite, Six, Take Me Out, The Book of Mormon and The Lion King, with both Hadestown and The Music Man at SRO.

Both Company and for colored girls who have considered suicide/when the rainbow is enuf saw upticks (the former grossing $726,010 with 76% of seats filled, the latter at $339,177 and 72%.

The 35 productions reporting figures on Broadway last week were Aladdin; American Buffalo; Beetlejuice; Birthday Candles; The Book of Mormon; Chicago; Come From Away; Company; Dear Evan Hansen; for colored girls who have considered suicide/when the rainbow is enuf; Funny Girl; Girl From The North Country; Hadestown; Hamilton; Hangmen; Harry Potter and the Cursed Child; How I Learned To Drive; The Lion King; MJ; The Minutes; Moulin Rouge!; Mr. Saturday Night; Mrs. Doubtfire; The Music Man; Paradise Square; The Phantom of the Opera; Plaza Suite; POTUS; Six; The Skin of Our Teeth; A Strange Loop; Take Me Out; Tina; and Wicked.