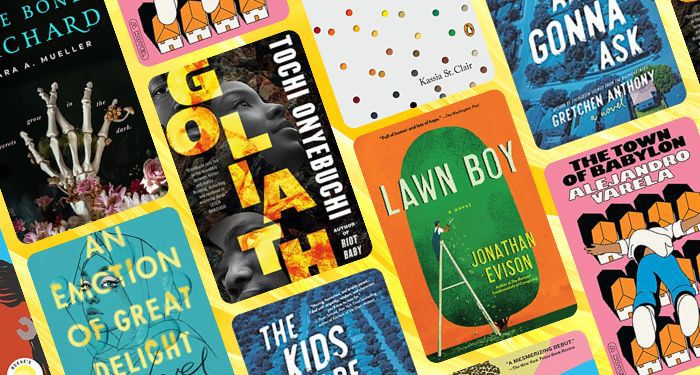 The Ten Thousand Doors of January by Alix E. Harrow for $2.99

American Fairytale by Adriana Herrera for $1.99

Chilling Effect by Valerie Valdes for $1.99

Everything I Never Told You by Celeste Ng for $1.99

Time’s Convert by Deborah Harkness for $1.99

Queen of the Conquered by Kacen Callender for $4.99

When Brooklyn Was Queer by Hugh Ryan for $2.99

Punching the Air by Ibi Zoboi and Yusef Salaam for $1.99

Leah on the Offbeat by Becky Albertalli for $1.99

A Sitting in St. James by Rita Williams-Garcia for $2.99

Mycroft Holmes by Kareem Abdul-Jabbar and Anna Waterhouse for $1.99

The Last Chance Library by Freya Sampson for $1.99

Good Boy: My Life in Seven Dogs by Jennifer Finney Boylan for $2.99

The Initial Insult by Mindy McGinnis for $2.99

Life After Life by Kate Atkinson for $4.99

The Lions of Fifth Avenue by Fiona Davis for $1.99

One True Loves by Elise Bryant for $1.99

Caul Baby by Morgan Jerkins for $1.99

Kate in Waiting by Becky Albertalli for $2.99

The Last Place You Look by Kristen Lepionka for $2.99