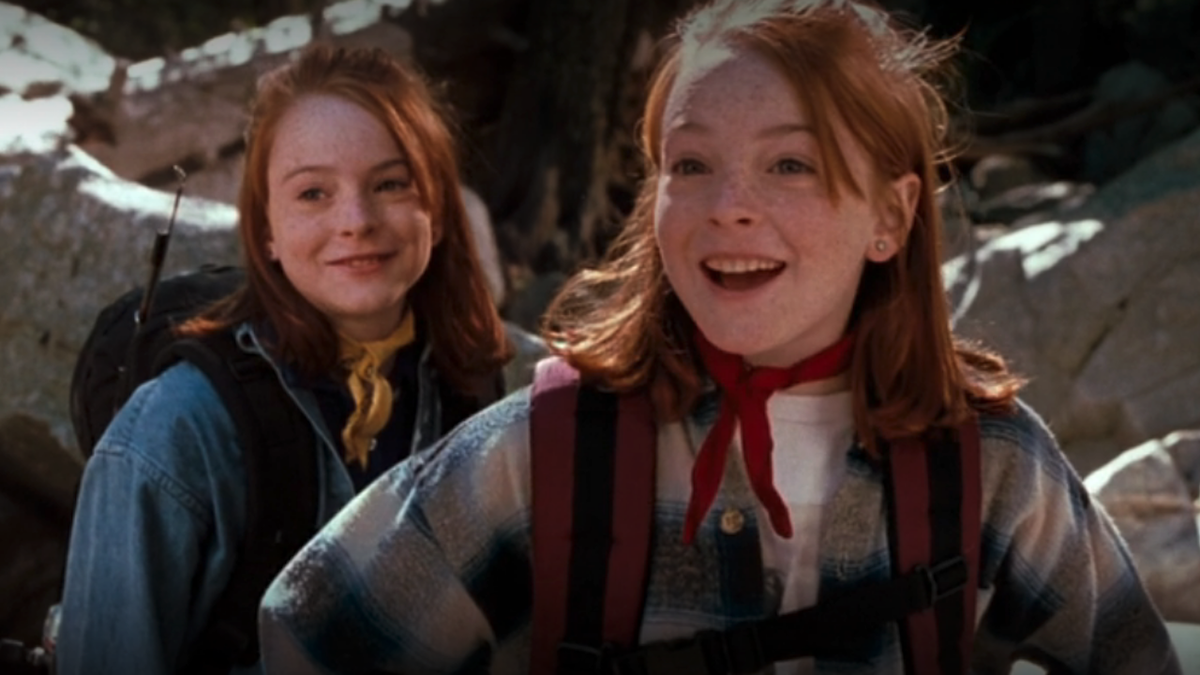 If you were a ‘90s kid, there’s a good chance you were introduced to Lindsay Lohan’s career twofold (and probably thought she legit was two people) when Disney’s The Parent Trap came out circa 1998. The remake of a 1961 film from the House of Mouse tells the story of long-lost twins who find each other at summer camp and decide to switch places so they each get to know their other parent. But after this TikTok from one of the movie’s stars, fans are rethinking the whole movie.

Who could forget Meredith Blake? She’s the blonde and beautiful other woman to the twins’ father, Nick (played by Dennis Quaid), that serves as a roadblock to their grand plan to get their parents back together. Well, Elaine Hendrix, who played Meredith, made this TikTok, and it went insanely viral:

Hendrix, who posted the video to honor The Parent Trap for its anniversary (it’s 24 years old!), really has people rethinking her character as the villain. The TikTok uses the “he’s a 10 but” trend, but in this edition, the actress is taking a large sip of a glass of wine as a voiceover tells the plot of the movie from Meredith’s perspective.

As the video says, Meredith had no idea about Nick and Elizabeth’s nonsensical custody arrangement, among other confusing things within The Parent Trap, but once everything goes down, she’s really in for a ride. After an unexpected meeting at a hotel, Meredith is a victim within the twins’ plot, which includes some pretty serious pranks, especially when they go camping together later in the movie. Remember when the lizard goes in her mouth? Yep.

The video has amassed 1.7 million views as of this article being written, making it a huge hit on TikTok. And the comments are riddled with people realizing that Meredith Blake wasn’t the villain they remembered. Check out some of the chatter:

Moonbunnycakes: growing up is realizing Meredith Blake wasn’t the villain and she was just annoyed cuz she had a great time with him and twins ruined it.

Master Seagull: Honestly as I get older the parents are the villain of that movie not Meredith😂

Fans are falling to the side of Meredith Blake after all these years? Maybe she’s not the villain she was made out to be from the twins’ perspective. Hey, if you were dating someone and were short-sighted about their kids and past marriage, as well as pranked on a trip, you might not take it well either. The worst of all is that the parents decided to keep their siblings away from them and lie to the girls all these years as they lived separate lives across the world from each other.

Hendrix isn’t the first The Parent Trap star to create a TikTok referencing the movie, but the comedic timing on this one is absolutely perfect. The best part being that Meredith apparently hasn’t looked back since the whole incident. Maybe we need a sequel of the  Disney movie to officially clear this up. The Parent Trap is available to stream with a Disney+ subscription if you’re in the mood to rewatch the ‘90s favorite.