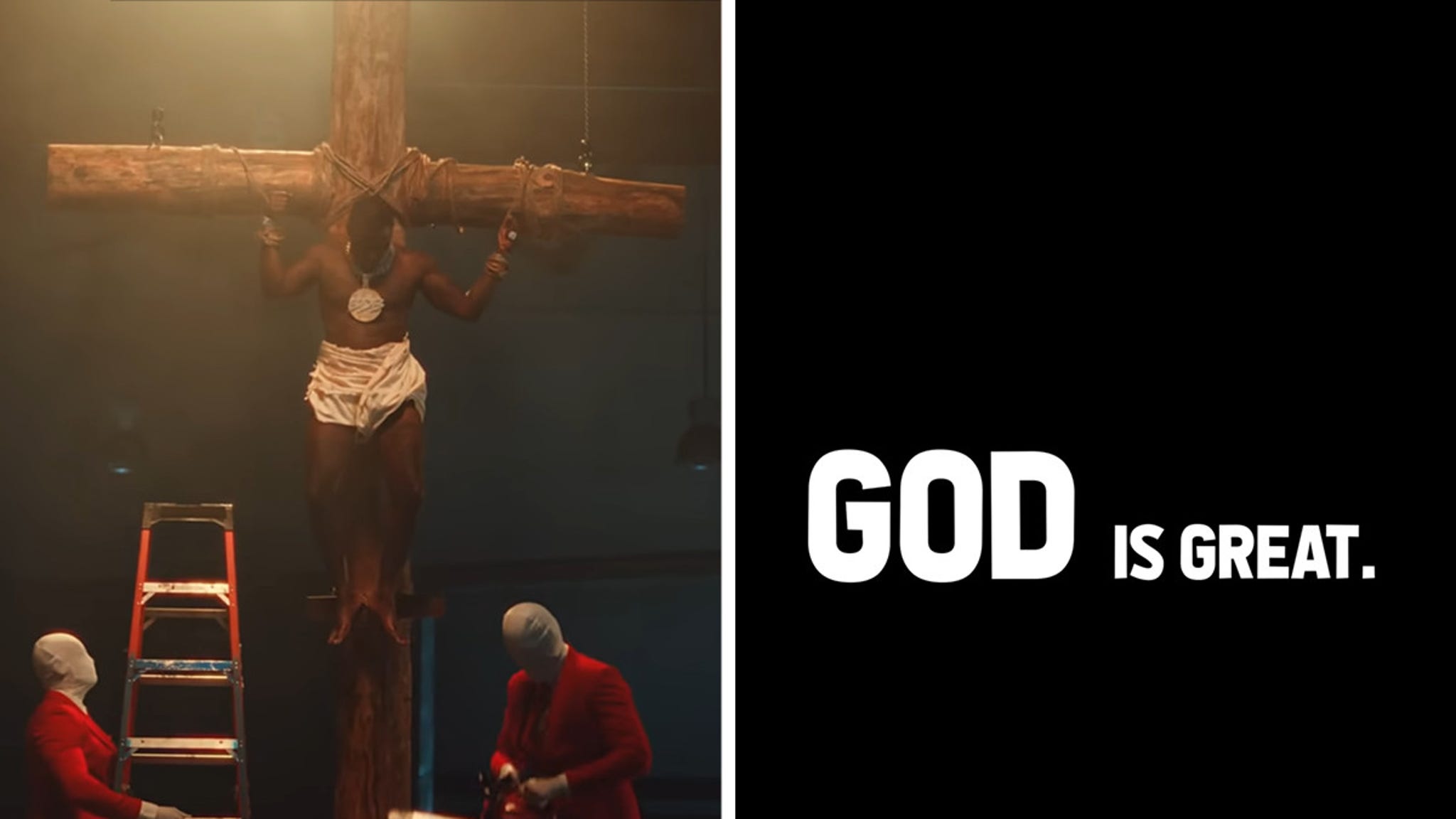 DaBaby is playing antagonist with all his naysayers and haters in his new video titled “Tough Skin” … which probably best describes what his critics will need to stomach through the entire thing.

Directed by his longtime visionaries Reel Goats, DaBaby takes on the classic controversial image of being depicted on a cross akin to some guy named Jesus Christ, while rocking nothing but a loin cloth … or a diaper.

The alternate scenery also reenacts his time as a youth … having to fight at home and school for hierarchy, hence the tough-skinned rapper who is always dodging an altercation.

2022 alone has brought out several DB jaw-dropping moments … including shooting a home intruder in self-defense as well as engaging in a bowling alley brawl against the brother of singer DaniLeigh, the mother of one of his daughters.

For day one DB fans, the imagery shouldn’t come as much of a shock … his first rap name was Baby Jesus and he infamously dressed like a toddler at SXSW to make a name for himself (Spoiler alert, it worked 😎).

The song is being touted as a single off the forthcoming “Baby On Baby 2” album … so expect even more sensational videos to pop up on your timeline.

“The Watcher” Trailer – Ryan Murphy’s Netflix Series Based on Creepy True Story Arrives in October
Gwyneth Paltrow Poses in Bikini as She Shares How She’s Embracing “Wrinkles” Ahead of 50th Birthday
“The Witcher” – “Blood Origin” Premieres in December and Season 3 Arrives in Summer 2023
Lamar Odom Not Dating Transgender Actress Daniiellè Alexis, Despite Speculation
Property manager accused of cruel harassment of gay, disabled tenant and punching him in groin