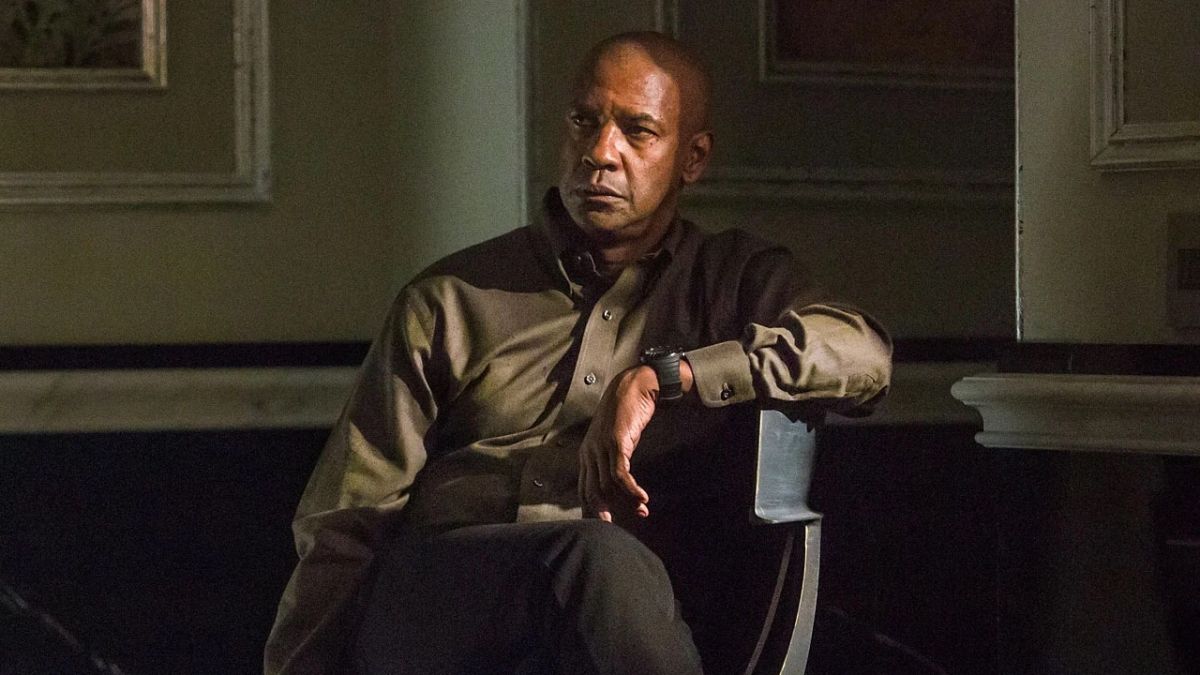 It’s been a little over four years since The Equalizer 2 came out, and for a long portion of that period, it was unclear if we’d ever see Denzel Washington play Robert McCall again. Then in January 2022, Washington revealed that The Equalizer 3 was moving forward. 10 months later, the threequel has begun filming, so naturally Washington and the rest of the cast and crew needed to commemorate the occasion.

Sony Pictures announced that The Equalizer 3 has begun principal photography on the Amalfi Coast in Italy, and Denzel Washington, director Antonie Fuqua and actors Dakota Fanning and Gaia Scodellaro took a little time out of their busy shooting schedule to pose for some photos in this beautiful location. Check them out!

With the first two Equalizer movies having primarily shot in various areas of Massachusetts, the fact that The Equalizer 3 team is shooting footage in Italy is an especially big deal! We learned Denzel Washington and Dakota Fanning would be reuniting on The Equalizer 3 after previously working together on 2004’s Man on Fire, and Gaia Scodellaro’s involvement was revealed just several days ago by Deadline. There’s no word yet on who Fanning and Scodellaro are playing, but the actresses look like they’re having a good time with Denzel Washington and Antoine Fuqua on this 2023 movie release.

Loosely inspired by The Equalizer TV show from the 1980s, the Equalizer movies depict Denzel Washington’s Robert McCall as a former U.S. Marine-turned-DIA intelligence officer who retired from his life of service, but now uses his special set of skills to protect people in his community. Washington was joined in the first two movies by Bill Pullman’s Brian Plummer and Melissa Leo’s Susan Plummer, but the latter was killed in The Equalizer 2, setting Robert on a journey to exact revenge. It’s worth noting that while CBS is running its Equalizer TV series starring Queen Latifah, it is not tied to the film series.

The Equalizer and The Equalizer 2 both earned mixed critical reception, with the former bringing in $192.3 million worldwide and and the latter’s global total adding up to $190.4 million. In August 2018, shortly after The Equalizer 2 was released, Antoine Fuqua said “he’d love” for The Equalizer 3 to happen, and his wish eventually came true. As with the first two Equalizer movies, Richard Wenk returned to write the threequel.

As production chugs along, hopefully we’ll learn about some Equalizer 3 plot details and other actors who are taking part in the next installment. For now though, just remember that it’s hitting theaters on September 1, 2023. If you’re in the mood for some Denzel Washington right now, he most recently starred in The Tragedy of Macbeth, which can be streamed using your Apple TV+ subscription.

Will Smith Tells Trevor Noah Oscars Slap Was Bottled Rage, Years in Making
‘Snow Monster vs. Ice Shark’ Trailer – Ridiculous Chinese Monster Movie Now Available on DVD
Amazon Commitment To 8-10 Films Annually: What This Means
Zoe Saldaña Opens Up About Feeling ‘Stuck’ After Working On Major Franchises Like Avatar And Guardians Of The Galaxy For So Many Years
Willow Review: Disney+ Sequel Series Is Worth the Wait — Fun, Accessible Fantasy at Its Most Charming