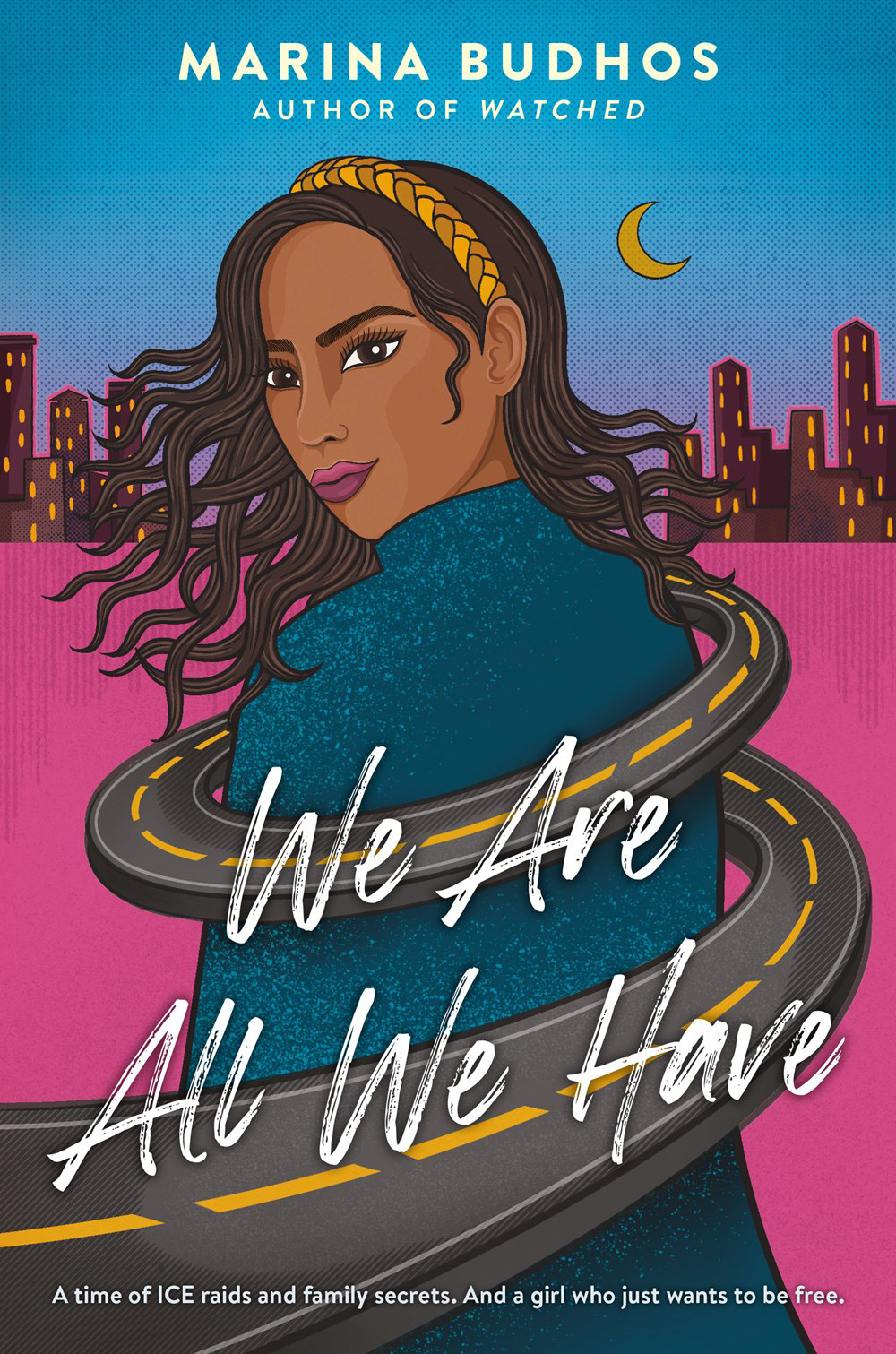 Author Marina Budhos has previously explored the experiences of immigrants, particularly Muslim teens after 9/11, in two acclaimed YA novels, Ask Me No Questions and Watched. We Are All We Have is set in 2019, after the U.S. Department of Justice implemented a zero-tolerance policy toward illegal immigration. The novel follows 17-year-old Rania, whose late father was a political journalist in Pakistan. Rania lives in Brooklyn, New York, with her mother and younger brother, Kamal, who was born in the U.S. As the novel opens, Rania is looking forward to spending the summer with friends before attending Hunter College on a scholarship she received for “literary promise.”

But Rania’s world is shattered in a single night when her mother is arrested by Immigration and Customs Enforcement and sent to a detention facility in Pennsylvania. Rania and Kamal’s legal situation becomes even more complicated when the neighbor who agreed to serve as their guardian changes her mind, afraid of being deported herself. Before Rania can track down an estranged uncle who may be able to help, a neighbor reports her and Kamal for living without a guardian and they are taken to an understaffed shelter in Manhattan.

At the shelter, Rania meets Carlos, a young artist from Mexico. Carlos hatches a plan that will allow him, Rania and Kamal to escape the shelter and attend Rania’s graduation—and then keep on running. During her summer on the road, Rania uncovers secrets about her mother and the circumstances of her own birth. On Cape Cod, Carlos and Rania take on temporary jobs until they realize the only way to redeem their futures is to face the present.

We Are All We Have is compelling and vivid, filled with drama, family secrets and romance. Budhos conducted extensive research for the novel, which included visiting courtrooms and meeting with experts on immigration law. Her conversations revealed that “though we consider ourselves an immigrant nation, our bedrock ideal rests on a capricious and ever-changing set of laws and policies.” Budhos’ fully realized characters and urgent prose bring these laws into sharp focus for teen readers.