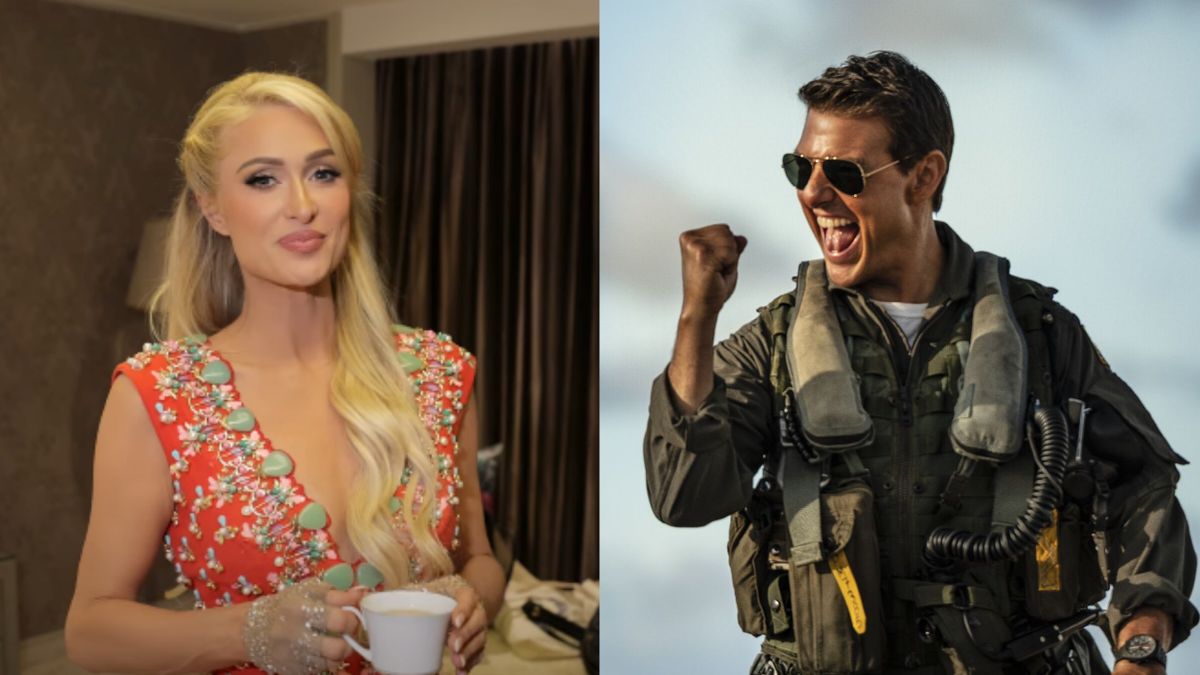 For almost two years now, Miles Fisher and Chris Umé have been posting deepfake videos of Tom Cruise to viral success. Now Paris Hilton is getting in on it. The media personality has just teamed up with the account to create something of a dream sequence of the Top Gun star wearing a robe and serenading her at home, because this is where we are now. This’ll be a good one for the 2022 time capsule to look back on and try to explain to the kiddies.

Paris Hilton recently took to her TikTok to share a video of herself and the deepfake Tom Cruise, and it’s already getting a lot of attention. In the post, Tom Cruise sings Elton John and Britney Spears’ “Hold Me Closer,” and once again our jaws have dropped about this technology. Check it:

In the video, Paris Hilton asks the faux Tom Cruise to “sing that song again” as they both sip out of shiny mugs in comfy clothing. Miles Fisher, who has the interpolated face of Tom Cruise placed on the video in post, belts the song and it sounds just like Tom Cruise’s voice. As he continues to sing, he pulls some pink sunglasses out of his robe pocket, which goes on one of Paris Hilton’s pups as she holds it.

Hilton seems into it, but as soon as Cruise stops singing she says it was “good but not great,” dryly telling him to “stick to acting” before walking away. Cruise agrees as he sits by himself, saying “Yeah, I probably should.” It’s a fun and trippy video that had viewers saying “I’m very confused but I’m vibing” and “What is going on?”

With TikTok being as big as it is, it’s simply a TikTok collaboration that Paris Hilton and the deepfake Tom Cruise account “deeptomcruise” want to go viral. Previously, the two accounts made another video together where Hilton and Cruise were going to a premiere together, and it received 1.5 million views. Here it is:

It’s so convincing isn’t it? This all started when Miles Fisher got into acting in Hollywood, working alongside actors like Leonardo DiCaprio, Owen Wilson and Angelina Jolie, among others, and would always be told how much he looked like Tom Cruise. While at first Fisher felt like he “failed” to always be compared to Cruise, he started to collaborate with VFX artist Chris Umé on the deepfake videos that now make up the TikTok account.

Since the deepfake Tom Cruise videos have gone viral, there’s also been some concerns out there about the right the boys have to imitate the actor’s likeness for their own viral success. Umé has shared that he’s emailed Cruise asking if they don’t like what he’s doing, but he never received any word to take their content down. When asked about the concerns over the technology itself, Fisher has called it “morally neutral,” explaining that he believes the “the positive output will so far outweigh the negative, nefarious uses.”

Tom Cruise isn’t the only celebrity getting deepfakes done with their faces and likenesses. A deepfake account for Keanu Reeves popped up early this year and Bruce Willis supposedly sold his deepfake rights following his retirement from acting, saying it’s a “great opportunity to go back in time.” Later, Willis’ rep shared that there was no such agreement in place with deepfake.

While the faux Tom Cruise is serenading Paris Hilton, the real one pulled off the biggest blockbuster of 2022 in Top Gun: Maverick and has another big one on the way with the 2023 movie release, Mission: Impossible – Dead Reckoning Part One, hitting theaters on July 14.

Warehouse Summer, Posthumous Album From DJ and Producer i_o, Released: Listen
‘The Mean One’ Trailer – ‘Terrifier 2’ Star David Howard Thornton is the Grinch in Whoville Horror Movie
New Trailer for ‘Marvel’s Midnight Suns’ Looks at the Combat [Trailer]
Will Ferrell On His Reaction To Greta Gerwig’s Barbie Script And What Fans Can Expect From The Movie
Celebrity Prisoners’ Thanksgiving Day Feasts Revealed