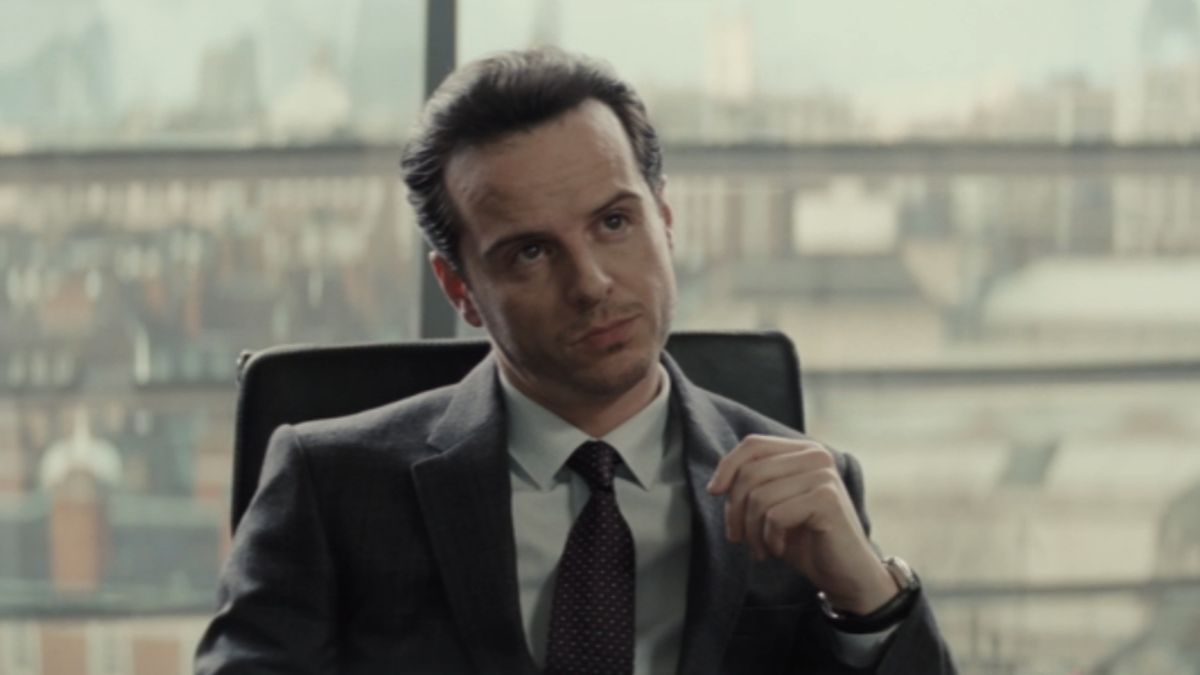 Getting the opportunity to star in a James Bond movie is pretty huge, no matter the role. For Spectre actor Andrew Scott, that chance came through the antagonistic role of Max Denbigh, head of the Joint Security Service – though you may know him better as “C.” A thorn in the side of Daniel Craig’s 007, Scott’s role was one that the actor has recently admitted left him with some choice regrets.

In the midst of breaking down his career for a video with Vanity Fair, the veteran of shows like Fleabag and Sherlock revealed that he went into Sam Mendes’ second James Bond movie with all of the enthusiasm in the world. By time he’d wrapped the picture, Andrew Scott was singing a different tune. Scott recalled his journey, saying,

With decades of films and the usual obscene amount of money going into Spectre’s production, one can easily understand Andrew Scott’s case of nerves. It may not have been as big of a deal as the polarizing ending to No Time To Die, but the fourth film of Daniel Craig’s 007 era is still the subject of some controversy among fans to this very day.

Those conversations usually focus more on the twist centered around Christoph Waltz’s Blofeld. However, that didn’t stop Andrew Scott from providing what he felt was an accurate picture of what he regretted not doing on Spectre. Speaking of what was missing from this big ticket experience, Scott said,

Even with that knowledge, Andrew Scott still seems to be a bit unfair to himself with his overall role Spectre. Playing the menace of corrupted bureaucracy to a tee, his air of unpleasant superiority made for moments both comedic and suspenseful with his co-stars. It also part of how Spectre twisted the Daniel Craig era of 007, especially with Scott’s character being in close cahoots with Blofeld.

At least the experience didn’t sour the working relationship between Andrew Scott and Spectre director Sam Mendes. The pair would go on to work together again in 1917, and judging by how Andrew Scott described filming the World War I epic, the experience was as thrilling as it was rewarding.

You can currently see Andrew Scott in the film Catherine Called Birdy, which is available to stream for those with a Prime Video subscription. Coincidentally enough, that’s also where you can relive Scott’s era as the Hot Priest in the Prime Video original series Fleabag, and find almost every James Bond movie (Spectre being an exception).