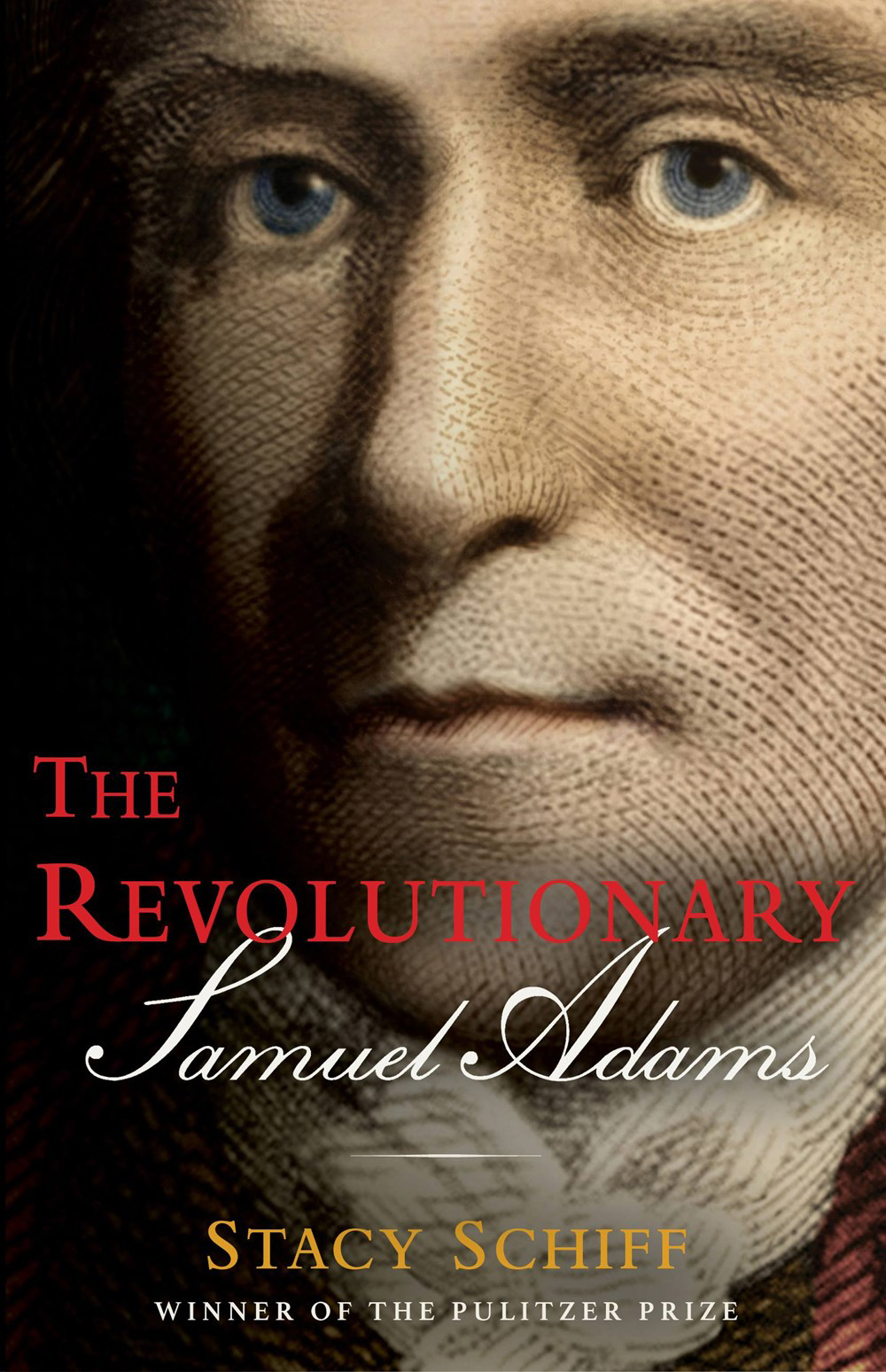 In 1778, when future U.S. president John Adams arrived in Paris to solicit aid for America’s revolutionary cause, most Frenchmen were disappointed that they wouldn’t be meeting with John’s older cousin Samuel, the renowned theorist and provocateur of American revolution. In spite of this past fame, the man some have called the most essential Founding Father is now more closely associated with a Boston beer than American independence.

In her terrific new biography, Pulitzer Prize-winning historian Stacy Schiff (The Witches, Cleopatra) presents readers with a vivid sense of this complicated man and how, using “sideways, looping, secretive” tactics, Samuel Adams steered Massachusetts and the vastly divided colonies toward asserting their rights and separating from Britain.

Adams was born in September 1722, a privileged son of a prosperous malt maker (hence his association with the contemporary beer). However, he ran the family business into the ground and spent most of his life in penury. “Alone among America’s founders,” Schiff writes, “his is a riches-to-rags story.” But what he lacked in monetary wealth, he made up for in intellectual and moral capital.

Adams was shaped by his abstemious Puritan background; unlike his boastful, self-promoting colleague John Hancock, Adams’ signature on the Declaration of Independence was self-effacingly small. But the impact of his eloquent arguments for American rights was huge, galvanizing the citizenry and causing some British officials to call for him to be hanged for treason. The British troops who sallied forth toward Lexington and Concord in April 1775 were likely seeking not just hidden stores of weapons but Adams himself. He was considered such a lightning rod that many who later gathered in Philadelphia for the Continental Congress mistrusted him. For the sake of unity, he took a tactical back seat during the deliberations, allowing others their moments of glory. This may be one reason his essential contributions to the cause have been minimized or forgotten over the years.

Schiff’s biography focuses on the 1760s and 1770s, the period when Adams’ revolutionary activity was unparalleled. Her dense early chapters especially require a reader’s undivided attention, since she tells the history prospectively rather than retrospectively. We read through a confusing, riotous moment of conflict, for example, that we later realize is what we would now call the Boston Tea Party. The effect is electrifying, and Schiff writes with keen insight and wit throughout. By the end of The Revolutionary: Samuel Adams, attentive readers will vibrate with questions about the parallels between Adams’ political era and our own.