Considering England has experienced an unprecedented season with the loss of a monarch and tumult at 10 Downing Street, Barbour, a classic and quintessentially British family-owned brand, is in a unique position to both hold tight to the past and embrace the future. Its famed olive green waxed jackets were a favorite of the Queen, but have also been worn by brand-new Prime Minister Rishi Sunak. While treating its roots as a 128-year-old outdoor brand with reverence, Barbour is also looking ahead, exploring how its core qualities align with sustainability and collaborating with unexpected partners like Danish cool-girl label Ganni.

On a visit to the Barbour factory in South Shields, England, company initiatives like Wax for Life and Barbour Re-loved are highlighted. For the uninitiated, Wax for Life allows customers to send their jackets for rewaxing, extending their longevity, while Re-loved repairs customers’ older jackets and then resells them completely refurbished, often with unique detailing that give them more of a fashion feel. At the company’s archive, Ian Bergin, Barbour’s director of menswear and accessories, shows pieces dating back over a century to the company’s early days as an outfitter for fishermen and other outdoor works. He illustrates how their utilitarian features can be seen in items from today: an ordinary back pocket on a current style was originally intended to store gaming cartridges, while another is cut shorter for ease in horseback riding. 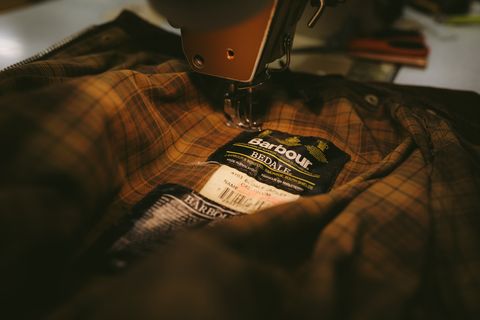 Dame Margaret Barbour, the brand’s chairman, took over the family business in 1972 after the unexpected death of her husband. She designed new styles like the Bedale and the Beaufort that skewed less utilitarian and attracted customers from outside the confines of the countryside. Images of Princess Diana in Barbour helped sales soar amongst London’s Sloane Ranger set, and the brand gained style credibility. As it happens, the aristocratic affinity for products like Barbour that stand the test of time (the Queen reportedly wore her Barbour coat for over 25 years) is very much in line with the “buy less” approach to sustainability.

“Barbour jackets last a long time,” says Bergin. “I think we’re lucky in the sense that the nature of waxed cotton means that as the jacket grows older, it becomes much more your jacket. It has all the places you’ve been and the people you’ve met and the things you’ve done together. It becomes quite precious to you and familiar and therefore part of your life. It’s much more personal. Not just a thing you have. Therefore, you tend to keep it a long time.”

With Barbour, longevity exists alongside wearability. The jackets’ style and color, for many, mean they can be worn nearly anywhere. (Two of my favorite parings: with a handmade tie-dyed T-shirt or over a formal dress.) “The way the jackets have evolved from a design point of view, they’re quite understated, so they’re very wearable,” he says. “They’re not shouty jackets. Because intrinsically they’re designed for a purpose, they tend to last a long time in terms of trend. So, they cut through that which I think is the biggest factor in [the sustainability] sense.” 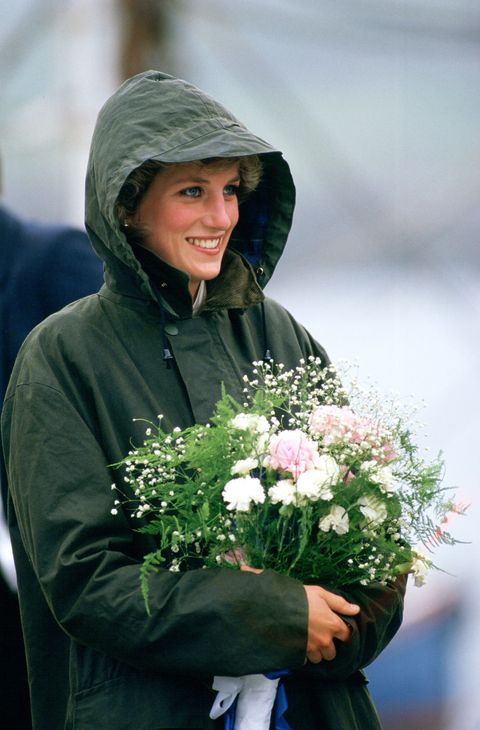 Recent Barbour collaborations with brands like ALEXACHUNG and Supreme have helped introduce the label to a new and younger audience, and position it in a different light. Popularity has also grown with Barbour’s appearances on TV shows like Succession, Industry and, most significantly, The Crown. A new partnership with Chloé is on the way.

This summer, there was a burst of excitement when Ganni unveiled items from a Barbour collaboration at Copenhagen Fashion Week. The line, which launches today, includes a ready-to-wear collection as well as a 50-item Ganni x Barbour Re-loved line of upcycled originals. 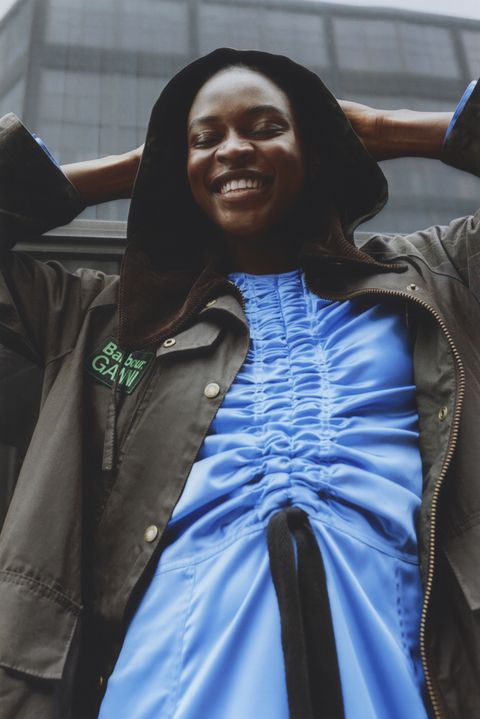 Ganni kept the general structure of the coats while playing with the colors and proportions. On some, the Barbour corduroy collar is given the signature Ganni shape, while others feature embroidery and patches. The connection between the brands isn’t obvious, and the irony in a label so associated with youth and modernity pairing with one steeped in history is not lost on Ganni designers Ditte and Nicolaj Reffstrup. “Contrast is a core part of our DNA and always has been,” says Nicolaj. “The brand grew out of Ditte’s way of dressing, which was always about pairing [something] like a lace dress with sneakers. We’ve always found a lot of magic happening where there’s contrast. Never a dull moment. Obviously, there’s a huge contrast between what we do and what Barbour does.”

For her part, Ditte has long loved the Barbour coat and sees it integrating seamlessly into the wardrobe of the Ganni girl, who can wear it effortlessly. That effortlessness is itself a very Barbour quality. “Everyone is wearing it from the Queen to kids in the street, people in the countryside, fashion people, not-fashion people,” she says. “It feels so democratic, and at the same time, it has this amazing heritage and story.”

Adrienne Gaffney is an associate editor at ELLE who previously worked at WSJ Magazine and Vanity Fair.