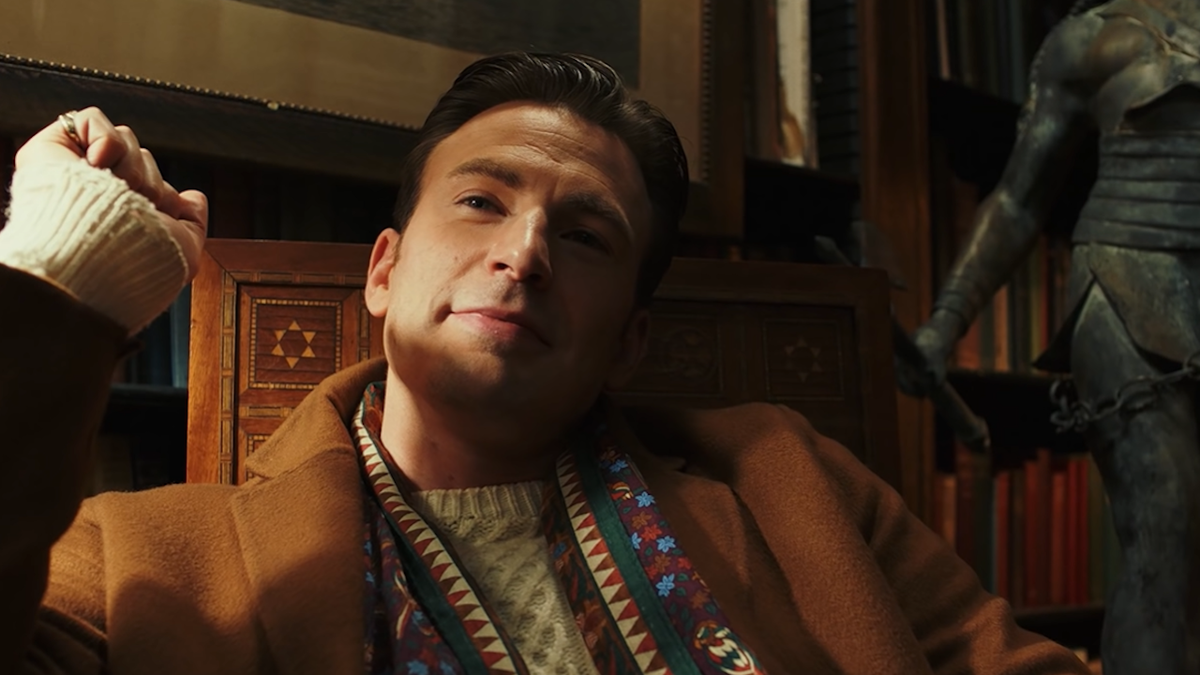 While Chris Evans’ Instagram is typically full of adorable photos of his dog Dodger, he recently took a small break from that to post a fun BTS photo from his movie with The Rock, and a seemingly innocent photo of two jack-o-lanterns over the course of October. The reason why the pumpkins are more important than The Rock is it seems to add more evidence to the rumor that the Captain America actor is secretly dating the actress Alba Baptista.

Fans have pointed out two pieces of evidence from the actors’ Instagram accounts that don’t confirm but do reafirm this dating rumor. The first was a few days ago when Evans posted a photo of two pumpkins, as seen below:

While this photo is overall just a wholesome Halloween pic, that really does not allude to a relationship, fans found a connection that does add fuel to the dating rumors. It was pointed out on Twitter that Baptista’s mother had the same photo of pumpkins as her profile picture on Instagram for a while, check it out:

Along with the pumpkins, fans noticed Evans’ rapid support of Baptista’s latest post promoting the second season of Warrior Nun, which is in Netflix’s lineup of November releases.

According to Cosmopolitan, fans have been theorizing about the two actors being together since 2021, because the actress followed Evans and multiple members of his family on Instagram. Now, it appears the actor is supporting Baptista with a quick like, you can check out her post here:

Now, all of this is really only a theory, the two could simply be good friends. Evans is known to support his fellow actors on social media. For example, he commented on his fellow Knives Out and Grey Man co-star Ana de Armas’s post about their movie Ghosted, and complimented her performance in Blonde as well. The duo have worked together on various projects since both being in the Knives Out cast, and appear to be really good friends. Who says that the same is not true about his relationship with Baptista?

Also, though, maybe the fans are right. We really don’t know; it is an odd coincidence that the pumpkins showed up on both Evans’ and Baptista’s mom’s Instagram accounts. So this new evidence does seem to point toward the two dating.

While we ponder if the two actors are together, you can check out some of Chris Evan’s best movies and get excited about his upcoming projects on the 2023 movie schedule. Even though he won’t be appearing in any projects with Baptista, he does have quite a few fun films in the works including Pain Hustlers, Ghosted and Red One. You can also watch Baptista as Ava in Season 1, and soon Season 2, of Warrior Nun with a Netflix subscription.