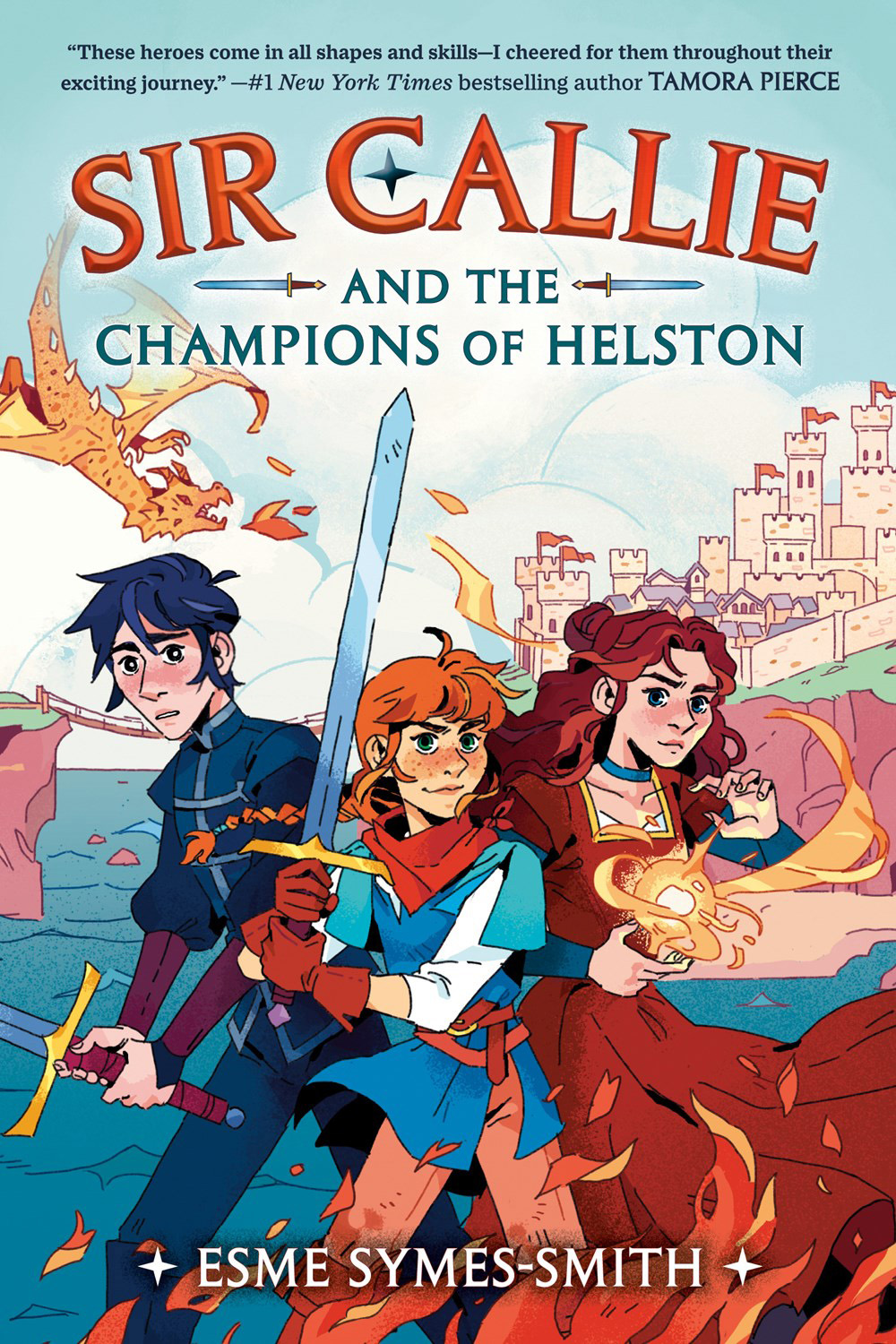 In the royal city of Helston, everyone has a role they’re forced to play. Girls are taught to control their natural magical abilities and restricted from using their powers for anything beyond simple domestic and decorative arts. Boys are trained in combat, expected to take up the sword against monsters and other enemies lurking on Helston’s borders. But when Callie, a nonbinary kid who dreams of becoming a knight like their father, arrives at the palace, they expose all the cracks in Helston’s rigidly gendered society.

At the palace, Callie meets Prince Willow, who is useless with a sword but secretly blessed with magic, and Elowen, the chancellor’s daughter whose own magic goes far beyond what’s considered proper or safe. As war looms, Helston’s de facto ruler, Lord Peran, views anyone who won’t play by his rules as an enemy. He won’t hesitate to stamp out sparks of individuality wherever he finds them, including those within Callie, his own children and even the crown prince himself.

Young readers will find a worthy hero in Callie, who displays boundless courage in defending both their convictions and their friends. Although many people in Helston perceive Callie as a girl and try to force them into dresses and magic lessons, Callie asserts their identity with confidence. Determined Callie, gentle Prince Willow and capable Elowen form a supportive trio who balance one another’s weaknesses and demonstrate a variety of ways to be strong. In battles against foes ranging from vicious wolves to familial expectations, Callie and their friends show tremendous heart in the face of every challenge.

At times, Helston’s oppressive culture can be quite heavy, as Callie endures frequent misgendering, navigates a society fraught with sexism and discovers both the emotional and physical abuse that cruel adults have inflicted on their new friends. While threats posed by dragons and witches will keep young readers engaged, Esme Symes-Smith’s debut novel ultimately seeks to confront far more realistic dangers. In clear and simple terms, Sir Callie and the Champions of Helston assures readers that, no matter what anyone else might say, a real fairy-tale ending means finding the space and support to thrive exactly the way you are.