In the decade since the stunning Moshe Safdie-designed Crystal Bridges Museum opened in Bentonville, Arkansas, founder Alice Walton has made it her mission to bring the art world to her home state. Specifically, the once sleepy town where Walton family patriarch Sam Walton founded Walmart. This fall, her niece-in-law, Olivia, has made the fashion world take notice as well. Case in point: The museum’s first-ever fashion exhibit, “Fashioning America: Grit to Glamour,” opened in early September to much fanfare, and last week, a gala in its honor took things to another level.

Chaired by Walton, Karlie Kloss, Derek Blasberg, Hank Willis Thomas, and Tommy Hilfiger, the guest list also included industry icon Bethann Hardison and supermodel Christy Turlington. Hilfiger was one of several designers, along with Tracy Reese, Aurora James, and Nike’s Tania Flynn, who were part of a symposium that was kicked off by Stuart Vevers, executive creative director of Coach, with a discussion on “Why American Fashion Matters.” Reese and James discussed sustainable innovation and inclusive design, while curator Michelle Finamore and Ruben Toledo spoke about the exhibit’s theme and emphasis on representing designers from diverse backgrounds. Hilfiger wrapped things up by looking forward with “The Future of Fashion: Using Technology to Enter the Fashion Metaverse,” during which he discussed his views on NFTs and 3D design. (“That’s the intent: that [gamers] will buy what they buy in digital form,” he said.) 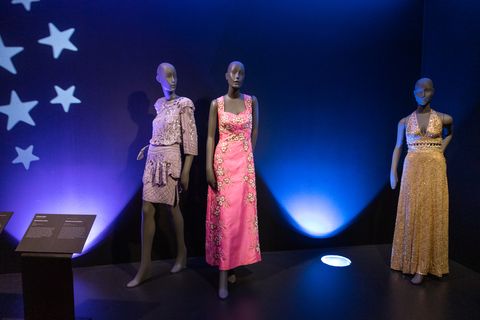 The exhibit itself is notable for both its scope and the fact that it marks the institution’s foray into fashion, despite the museum not having a costume collection. Tracing sartorial history from blue jeans to ball gowns, “Fashioning America” amplifies lesser-known narratives along the way, while highlighting the transformative power of what we design and wear and the why of it all. If that’s not inspiring enough, click through our gallery below featuring a few of our favorite red carpet looks from Crystal Bridges’ big night. 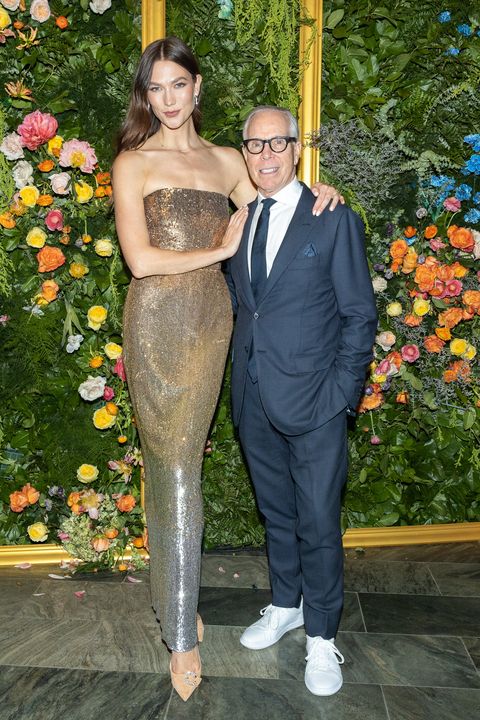