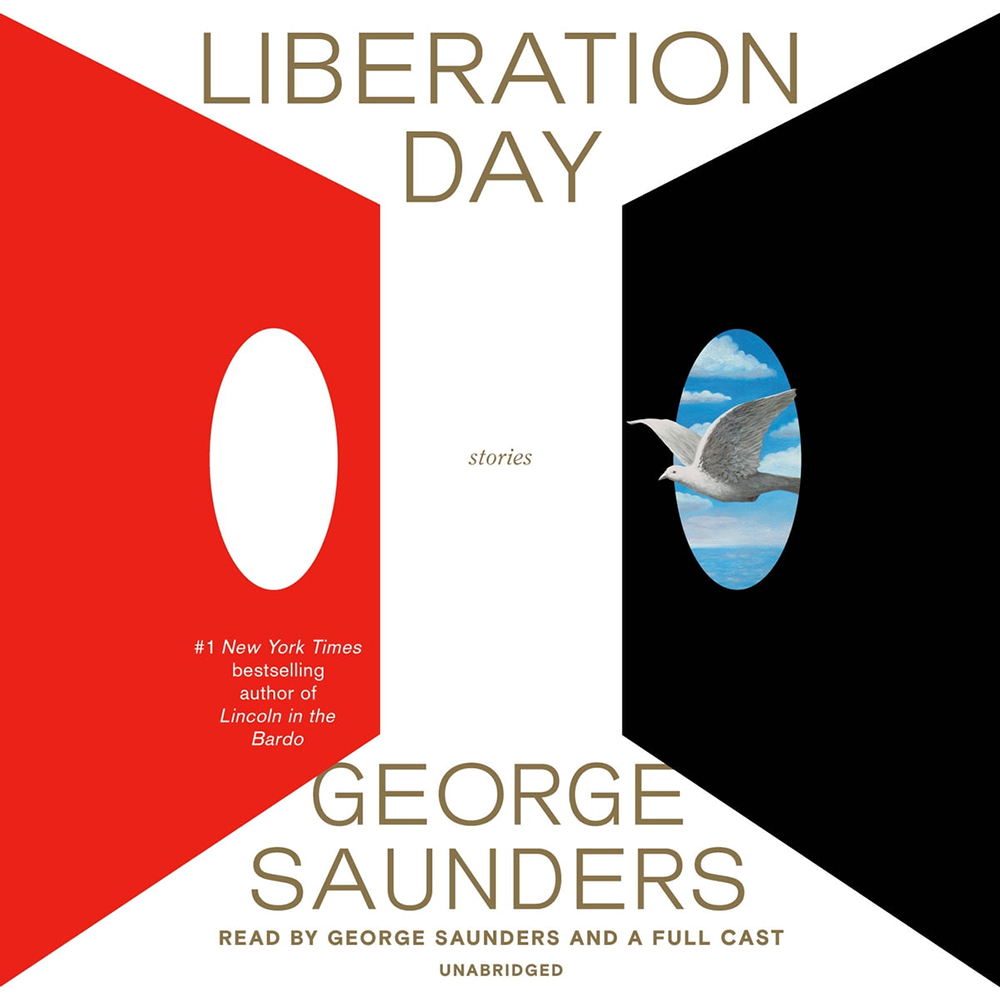 The nine short stories in George Saunders’ Liberation Day (7 hours) prowl a spectrum of dystopian premises and fall into two categories: tales about families, co-workers and neighbors navigating their relationships amid troubling current events; and stories about future humans who are reprogrammed as automatons (with the robotic voices to match) under other people’s command.

In these disorienting worlds, downtrodden people who have become petty and grotesque find not revenge but poetic justice. After writing an essay that inspires a crime, the titular mother of “Mom of Bold Action” runs through a list of good deeds she would be likely to do, such as step into slush on someone else’s behalf. In “Ghoul,” an employee at an underground Hell-themed amusement park realizes that he’s in love and ready to die for his beloved.

And yet, understated goodness shines through, and we witness victories both quotidian and experimental. Stories are narrated by Saunders and an all-star cast of comedians and actors: Tina Fey, Stephen Root, Michael McKean, Edi Patterson, Jenny Slate, Jack McBrayer and Melora Hardin. Saunders’ biting, clipped writing style, paired with these narrators’ parodying voices, results in a dark comedy triumph with a satirical yet redemptive twist.

How to Stand Up to a Dictator
Live-Action TV Spot for ‘The Callisto Protocol’ Starring Josh Duhamel Released [Watch]
Lululemon Black Friday: 61 Great Finds to Add to Your Cart ASAP
When Zach Gilford Learned About His Wife’s Criminal Minds Role
The CW Midseason Premiere Dates: All American, The Winchesters, & More!