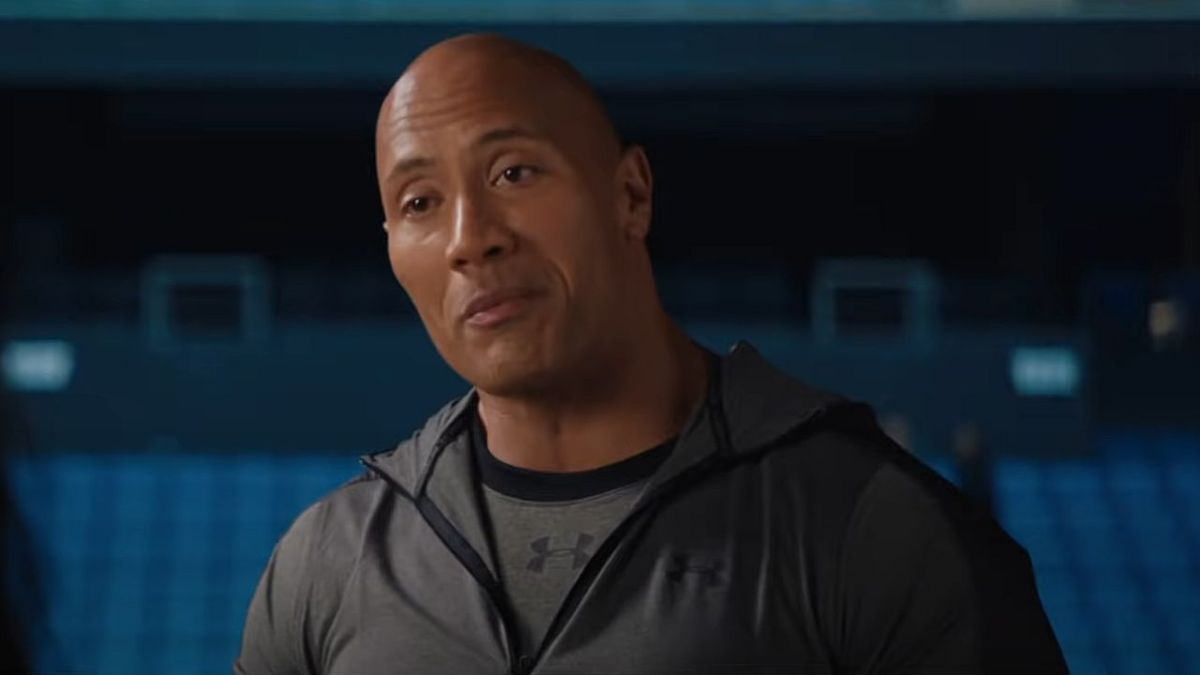 Dwayne Johnson is well known for his intense workout sessions, most of which take place in his personal fitness sanctuary – the Iron Paradise. However, what may be even more intense than the way he pumps iron in the gym is the way that he can throw down in the kitchen. When he’s not lifting weights, the A-list star enjoys himself a good cheat meal or two and, luckily for us, he enjoys sharing videos and pics of the foods he consumes. In one of his latest posts, he spotlighted yet another meal while dropping an F-bomb about how he couldn’t help but “jump” off the wagon for it.

In most cases, The Rock whips up his signature cheat meals on the weekends. He can approach them pretty conservatively when he wants to but, at times, he just goes all in. Whenever this happens, he says that he’s come down with a case of the “fuckits.” That’s exactly what happened to this weekend, as he took to Instagram to post about a massive meal he was about to partake in. The plates of vittles included pancakes, a dozen eggs and more. Check out the video for yourself, and try not to get too hungry while doing so:

As the Red Notice star himself put it, he doesn’t fall off wagons – he jumps off them! Just looking at his post, I can certainly say that he did that in tremendous fashion. It’s hard not to appreciate the fact that the fitness aficionado can still appreciate some good, old-fashioned carbohydrates. And considering just how much work he puts in while in the gym, I’d say that he more than earns these moments of satisfaction.

Dwayne Johnson has been open about his cheat meals for some time now, to the point that even his Fast & Furious co-star Ludacris keeps track of them. Back in 2020, he actually shared a bit of insight into just how many calories he takes in through these food allowances. Johnson revealed that he consumes 5,000 to 6,000 calories when he chows down on them, and it’s honestly wild to just be typing that. I mean, that even sounds wild for someone his size. Though since he only eats like that once or twice a week and works out quite frequently, I suppose he manages to burn all of that off quite quickly.

It’s hard to even determine which of the meals have been the most impressive. One of the most notable posts saw The Rock drop a string of F-bombs while preparing to eat a tray of sushi and a plate of cornbread and Hawaiian doughnuts. He even went full Parks and Rec for one post by telling his fans to “Treat yourself,” which was a line made famous by fan-favorite characters Donna and Tom on the NBC sitcom.

Other stars participate in this food ritual as well like Chris Hemsworth, who ate 4 weeks of cheat meals in one fell swoop. Fellow Marvel Jeremy Renner enjoys his meals as well. While theirs are impressive, I don’t think they can truly stack up to the ones that the Black Adam star enjoys.

I’m curious to see how Dwayne Johnson continues to up his game when it comes to these cheat meals. Though he’s whipped up some really impressive dishes before, there’s no doubt in my mind that the actor-turned-wrestler can top himself – and drop a few more F-bombs in the process. Now if you’ll excuse me, I really need to grab some food.

Live-Action TV Spot for ‘The Callisto Protocol’ Starring Josh Duhamel Released [Watch]
Dungeons and Dragons Rulebooks on Sale for 60% Off Today!
A festive Slough House short story from Mick Herron
Coach Outlet Cyber Monday: A $350 Backpack for $98 & More for 95% Off
Days of Our Lives Round Table: Really Dead or Salem Dead?